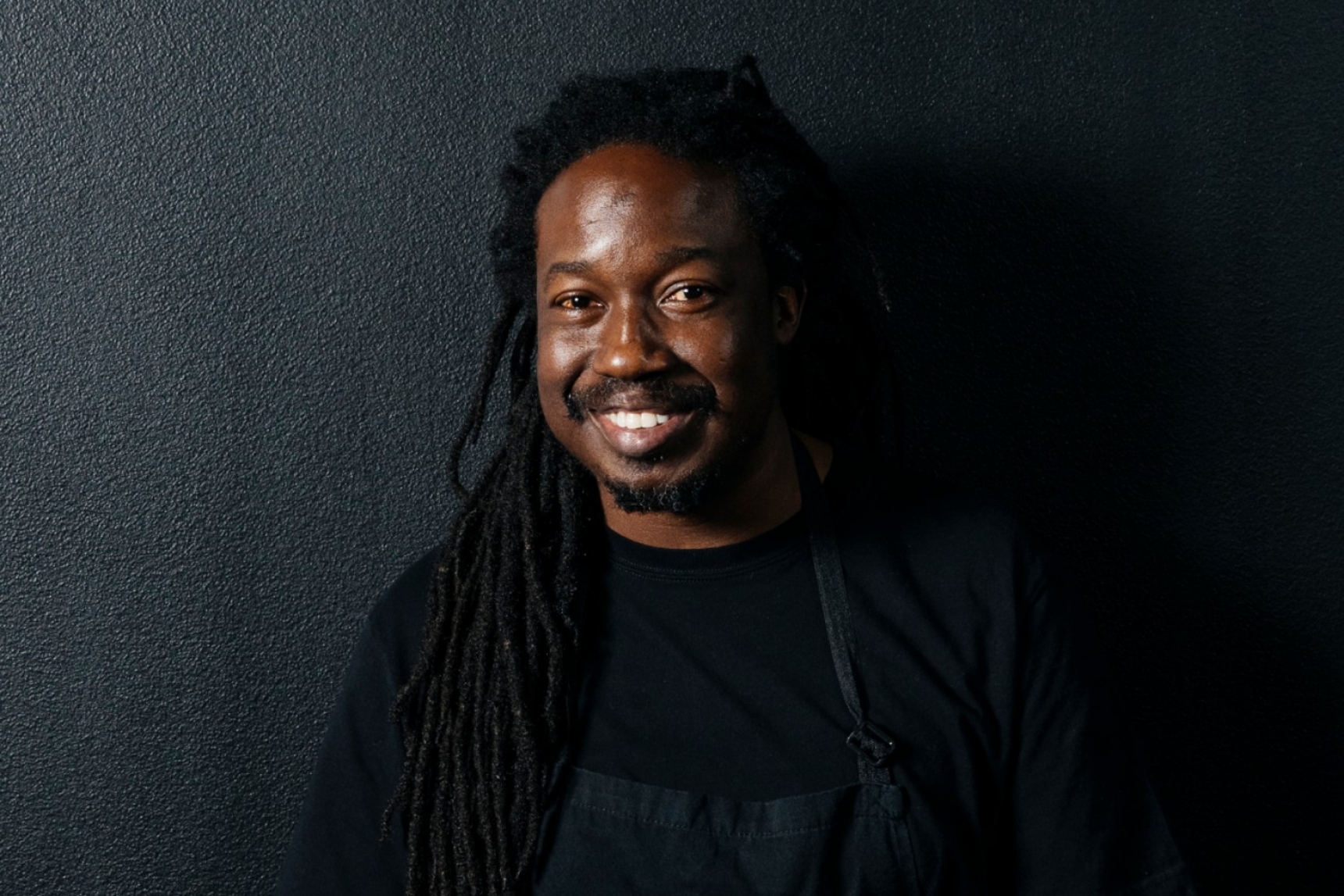 Paul Carmichael of Momofuku Seiobo is throwing his weight behind the hottest ticket in town, Melbourne’s answer to the Met Gala.

Paul Carmichael, Gourmet Traveller’s Chef of the Year, is cooking at the National Gallery of Victoria’s party of the year, the NGV Gala, later this month, adding extra glitz to the star-studded line-up. The annual red-carpet event offers a sneak preview of Keith Haring & Jean-Michel Basquiat: Crossing Lines, a world-first and the gallery’s major summer exhibition, and is attended each year by an A-list crowd including Natalie Portman and Troye Sivan.

Carmichael, chef at Momofuku Seiobo in Sydney, is a fitting choice for this year’s Gala. The Barbados-born chef trained in New York for several years, the city where Haring and Basquiat both lived and worked, before he took the top job at Seiobo, the only Australian outpost of David Chang’s restaurant empire, which began with a noodle bar in New York’s East Village.

“New York will forever hold a special place in my heart,” Carmichael said. “It feels so good to be participating in the NGV Gala 2019 because I am a fan of both artists. This event will be a blast.”

Carmichael will design a three-course menu of bespoke dishes for the NGV event, featuring his signature blend of Caribbean, fine-dining and Australian influences. That could mean anything from a smoked mullet roe tart to a jerk pork sandwich or chopped liver with coconut.

This will be the third NGV Gala, billed as Melbourne’s answer to The Met Gala in New York, with previous events attended by actors, fashion designers, performers, philanthropists and more. Funds raised go to the NGV Fashion and Textiles Collection. Tickets are on sale now.