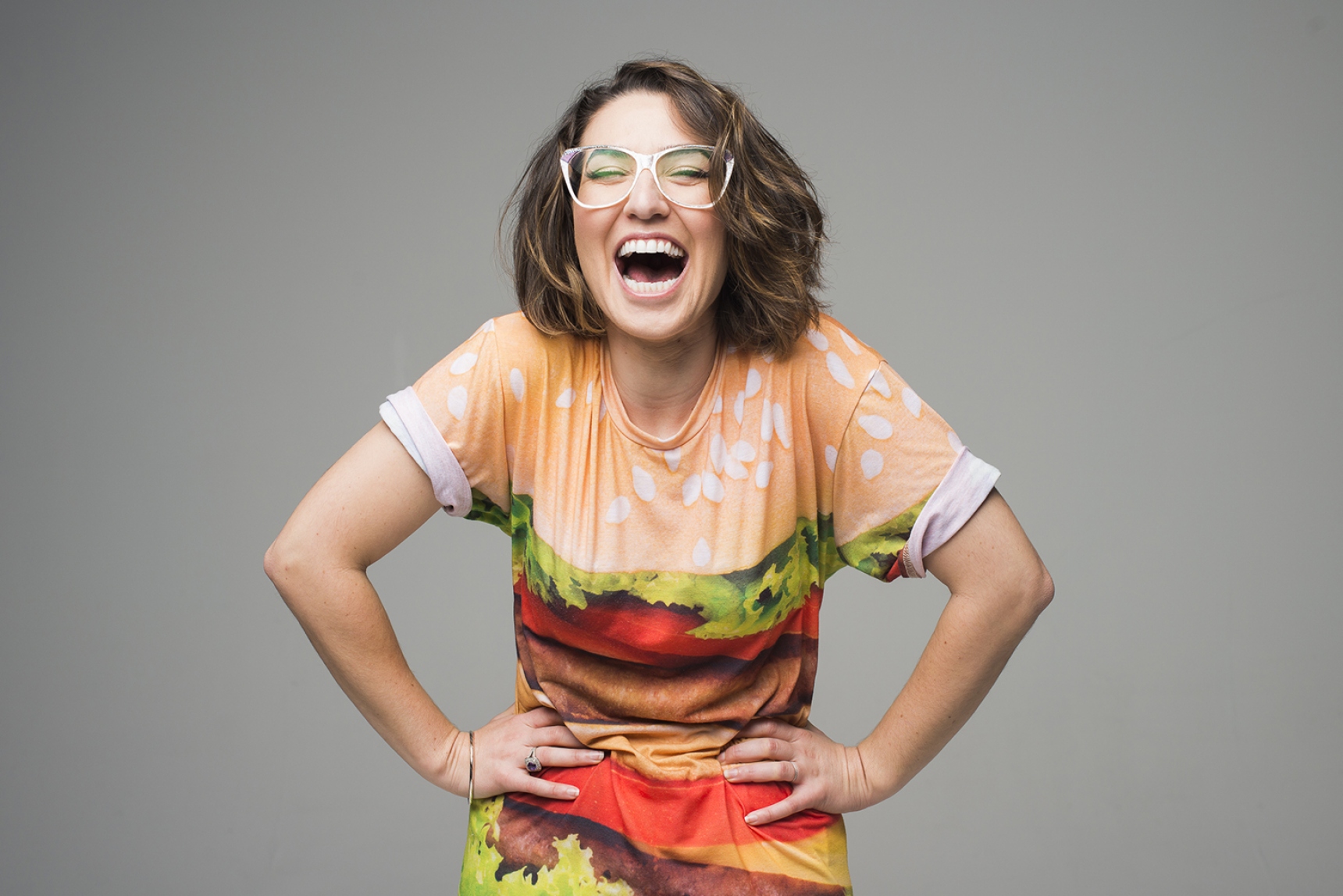 Alice Zaslavsky is a food literacy advocate, resident Culinary Correspondent for ABC News Breakfast and ABC Radio, author of In Praise of Veg and Alice’s Food A-Z, and creator of Phenomenom, a free digital toolbox helping teachers slip more serves of veg into the curriculum. When she’s not on stage hosting international culinary talent, she’s at home testing recipes and trying not to wake her newish baby Hazel, otherwise known as The Nut.

I know I’m in Melbourne when I do my weekend shop at one of the markets. It’s been a constant in my life for so many years, and there’s nothing I enjoy more than meandering through and stopping to chat at each stall. Mind you, the process has had to get decidedly more efficient with The Nut now, but she’s already become part of the fun, poking out of her shopping swag to say “more lion’s mane, thanks”.

My defining food moment in Melbourne was seeing Ben Shewry present on his “Plight of the Bees” dessert at MFWF’s Theatre of Ideas in 2012. I was abuzz (#sorrynotsorry) with ideas and inspiration after I saw it – which is lucky, because I was also on a production break from MasterChef Australia, about to head to Italy and cook for Massimo Bottura (who also presented at Theatre of Ideas earlier in the day). And the most Melbourne food moment thing we’ve ever done was skip the queues, in the very early days of Chin Chin, by eating there on AFL Grand Final Day.

The best new thing I’ve found is not a secret thing, so I didn’t exactly “find” it, but it is a new thing and it’s the BEST: my mate Anthony Femia’s pimped-up Maker & Monger stall at Prahran Market. It feels like we’ve been talking about it since before he even brought his Chariot of Cheese (and those unbeatable cheese toasties) to the market, but The Chapel of Cheese is even better than anyone could’ve imagined. I love that he has the space to let his fromage freak flag fly, with double cream airfreighted from Gruyère, local offerings from exciting producers like Stone & Crow, and more Marcel Petit Comté than you can poke a cheese-stick at.

When I want to push the boat out on a meal, I get outta town. There are so many phenomenal regional places opening up in every corner of Vic, and there’s nothing I love more than a road trip. Whether that be Oakridge in the Yarra Valley, Lake House in Daylesford, O My in Beaconsfield, Laura on the Mornington Peninsula, or Captain Moonlite out to the Bellarine. We’ve even formed a road-trip club with some buddies to cover more ground.

There’s no better value in Melbourne than Baker Bleu bread. A loaf of that is our go-to gift, and the look on people’s faces when they get a whiff of golden crusty deliciousness is worth its weight in gold (without costing the earth).

And when I want to dazzle friends from out of town, I like to take them on a tour of my favourite foodie things. A croissant from Lune for breakfast, lunch at Lau’s (best big bowl of vegetables in town - because everybody secretly craves veg when they’re on the road, they just might not know it yet), an ice-cream at Sundae School, a trip to Books for Cooks if they’re foodies (who am I kidding? My friends always are!) and then somewhere poky and cool for dinner, saving room for a Tarte Tatin and chocolate souffle at Iki Jime for dessert.

In the mornings you’ll find me in Child’s Pose at Humming Puppy in South Yarra. It’s a yoga studio with a resonant hum that’s addictive. I was there almost every day until Hazel arrived and am slowly finding ways to get back there.

My local is Bayano The Rebel. Everybody says their local has the best coffee in town, and sure, the coffee at Bayano is exceptional – as is the macadamia milk chai – but it’s the atmosphere that is particularly special and worth revisiting again and again. It’s the sort of hole-in-the-wall place where you can’t help but strike up a conversation with your fellow frequent frequenters, and are sure to make lifelong friends. It’s pretty tiny though, so I’m probably giving away too great a secret by telling you about it, but hey, I’m a giver.

If I could change one thing about eating and drinking here it would be how fickle Melbourne diners can be. I know we’re spoilt for choice, but people can be too quick to jump to the next HOT NEW PLACE, while the last one that held the mantle and is still just as great - if not better, because they’ve had time to finesse - lays fallow or, worse still, closes entirely. I think part of that is the nature of the way we dine now, but I also think the food media has a role to play. When I was Food Editor at The Weekly Review, I had the luxury of waiting until a place had had time to breathe before visiting; unfortunately that’s not a luxury that’s afforded to many in this 24-hour mediascape. The thirst to be first makes for a novelty-focused economy that is unsustainable and does both punters and places a disservice. Let’s make a point of revisiting old favourites every now and then, to make sure they can stick around for years to come.

Having said that, the one thing I hope never changes in Melbourne is the openness to trying new stuff that is also part of what makes Melbourne’s culinary scene so dynamic and exciting on a world scale. I’ve enjoyed watching the bar get raised higher and higher, with butchers, bakers, mongers and makers, all being supported as they push the envelope within their chosen fields. When I get the chance to showcase our city to friends passing through, they’re absolutely flabbergasted by the vibrancy of the food and bev offering here, and it’s always exciting to see what the chefs and artisans of our fine city come up with next.

Discover more about Phenomenom at phenomenom.com.au and check out Nomcast, her new fun food podcast for families, wherever you get your podcasts.

When she’s not in the kitchen, on stage, or on screen, you can find Alice online as @aliceinframes. 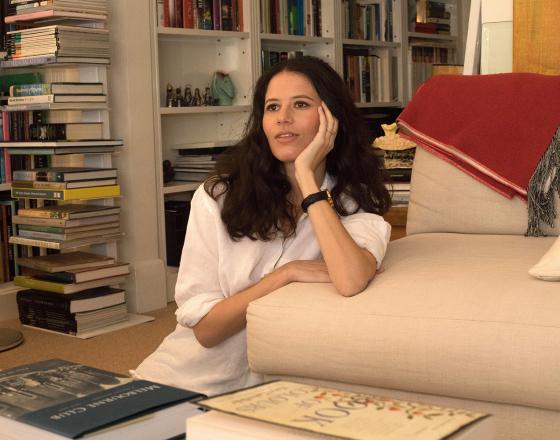