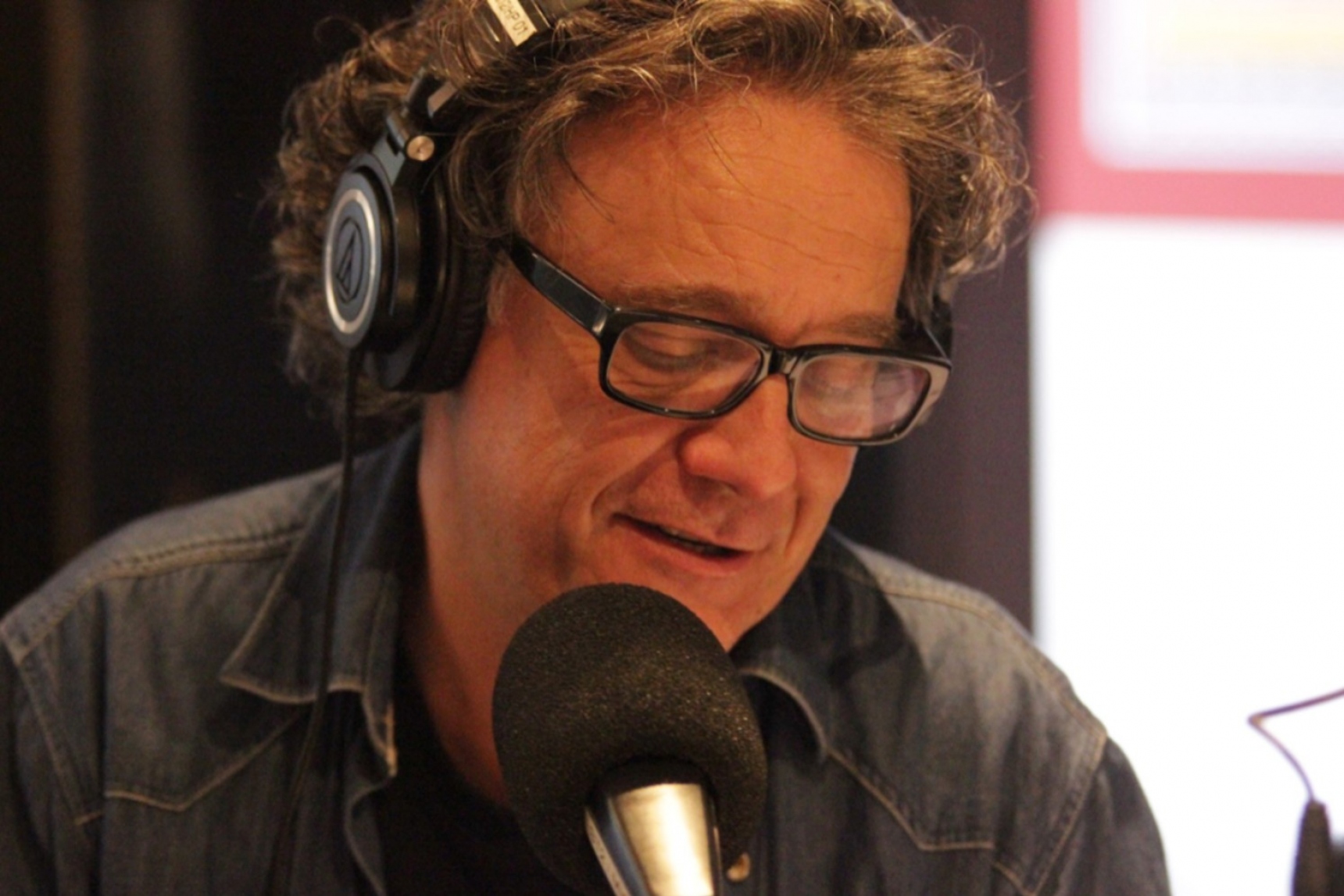 Cam Smith is the host of the longest-running food show in Australia, 3RRR’s Eat It, which broadcasts live every Sunday at noon. A man with a passion for food, wine and community, Cam has a keen interest in the people that power hospitality and our food systems, and whether they’re award-winning chefs or home cooks, there’s always plenty to talk about.

Beyond the microphone Cam has a wealth of experience in TV and video production, has managed the rare honour of having worked on Iron Chef and MasterChef both, and has art-directed for food and wine companies around the country.

A much-loved fixture of the food scene, his keen palate, golden tonsils and MC skills have established him as a regular host and judge at food and drink events around Melbourne and regional Victoria.

My defining food moment in Melbourne was, believe it or not, having lunch sitting on a milk crate with a market stall owner at the Queen Vic Market.

A long, long time ago, I had a restaurant in an Art Deco pub on the corner of King and Dudley streets in West Melbourne (it’s unrecognisable now and trades as Witches in Britches). Because it was so close I used to do a lot of shopping at the Queen Vic for fruit and veg and a lot of the stuff I used to get was from a man named Mr Louie (in H shed) who has sadly passed on. I had been buying produce off him for about a year and no doubt my youthful ways must have amused (possibly bemused) him. He was pretty reserved. One day after lunch service I tore down to the Vic to grab some things for dinner. I got to the stall and Mr Louie and his staff were tucking into a meal. They were too busy eating to serve me and Mr Louie motioned for me to sit down and join them. So there I was with a delicious bowl of rice, sticky spare ribs and vegetables. I even had a little cup of hot tea from a Thermos.

Anthony Bourdain wrote about how people in hospitality are part of a fraternity and here I was feeling that I had become part of something bigger than the little restaurant I was operating on the edge of town. I thought to myself while I was eating with this Chinese family, yeah, I like this industry.

I know I’m in Melbourne when I’m sitting at the bar looking towards the kitchen in places like Bar Lourinhã, or Supernormal, Città and of course MoVida. To eat at any time of the day at the bar and see the choreography of the kitchen. I love to observe how the cooks work, watch what’s created, plated and leave the pass. Certainly worth the price of admission. A nod has to go to John Nieuwenhuysen for dragging our liquor laws away from the dark ages during the late eighties; we couldn’t have become the glorious Prague of the south without his contribution. (And yes, all right, Jeff Kennett for his implementation of the Liquor Control Act in 1994.)

The best new thing I’ve found is Baker Bleu. I first became aware of this amazing bread at The Builders Arms. Chef/restaurateur Andrew McConnell had previously discovered it and has been serving it for quite a while now through his many venues. Mike and Mia Russell have been creating their superb bread for a couple of years now, first in Elsternwick and lately in a bigger space in Caulfield. The bread is sourdough leavened in an 18-hour prove for flavour, texture and digestibility and the crust is dark, super caramelized, crunchy and absolutely delicious. Worth a pilgrimage.

When I want to push the boat out on a meal, I order Absinthe and after-dinner Martinis. Just kidding. Well I have to say, as a public broadcaster, I don’t really get to push the boat out all that much, but when I do, my absolute favourite thing to do is make a booking at a place where I know the crew, lob up and say “Feed me!” And you know, I’ve never been disappointed.

There’s no better value in Melbourne thana spinach and feta borek fresh from the oven from the Turkish borek stall in the dairy hall at the Queen Vic market. $4.50 never looked so good. I don’t know how you would improve that pastry, honed over the two decades. Delicious.

And when I want to dazzle friends from out of town, I like to…My god where do you start? We are so spoilt for choice so I’ll pick a random point on the compass. Let’s try north: breakfast at the City Wine Shop on Spring Street combined with a quick cheese tasting at the underground cheese room, or perhaps a stop at Lune in Fitzroy. The bar at MoVida for anchovy and smoked tomato sorbet with a Manzanilla would most certainly be on the cards. Maybe a walk around Carlton: history, architecture and great Italian fare. A bowl of pasta at D.O.C followed by cannoli and espresso at Brunetti, a cleansing Negroni or two at Johnny’s Green Room on the rooftop of the recently renovated King & Godfree to enjoy the view and stylish surrounds.

Or hopefully if we have a designated driver, a trip to Oakridge Winery up in the Yarra Valley for lunch. Jo Barrett and Matt Stone are a couple of my favourite chefs and David Bicknell’s wines are outstanding.

In the mornings you’ll find me  communing with my espresso machine, a lovely old semi-commercial Vibienne. It only has one boiler so it all gets a bit involved: fire it up, check the grind, froth the milk and then run a couple of cups of water through it to cool down the Faema head to around 90 degrees. Coffee in the grip, let her rip and hope for that elusive ‘god shot’.

The worst thing we’ve spilled in the studio at 3RRR is red wine onto a record, on a turntable, while it’s playing, on air. Terrifying and yet somehow fascinating. The stylus was like a tiny water skier in a Red Sea complete with a wake trailing behind and it was still playing. I switched to another track, cleaned it all up and no one ever knew. Until now that is.

My local is Glovers Station, 258 Glen Eira Road, Elsternwick. Converted from a Tudor-style petrol station (yes you read that right). The coffee’s great, menu imaginative and the bacon is always crisp. Perfect for breakfast or a takeaway (they make a great Reuben).

But the one thing I hope never changes in Melbourne isits relaxed self-assurance when it comes to the food that’s created and the way it is served. I’m generalising of course but I reckon this is one of the things that define us and sets us apart from the rest of the country. We know what we do and we do it so well without too much fuss.

Catch Cam Smith every Sunday at noon on Eat It on 3RRR 102.7FM, rrr.org.au, and follow his further adventures on Instagram at @camsmith_eat_it. 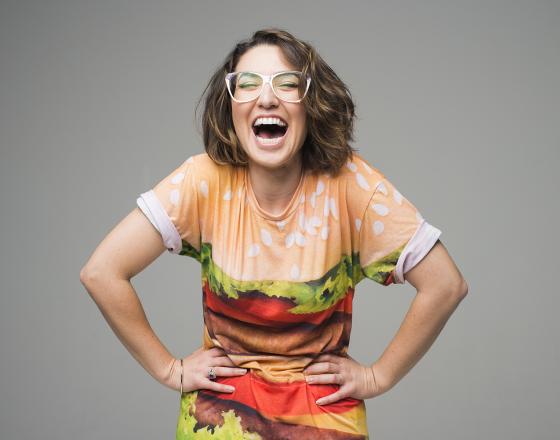