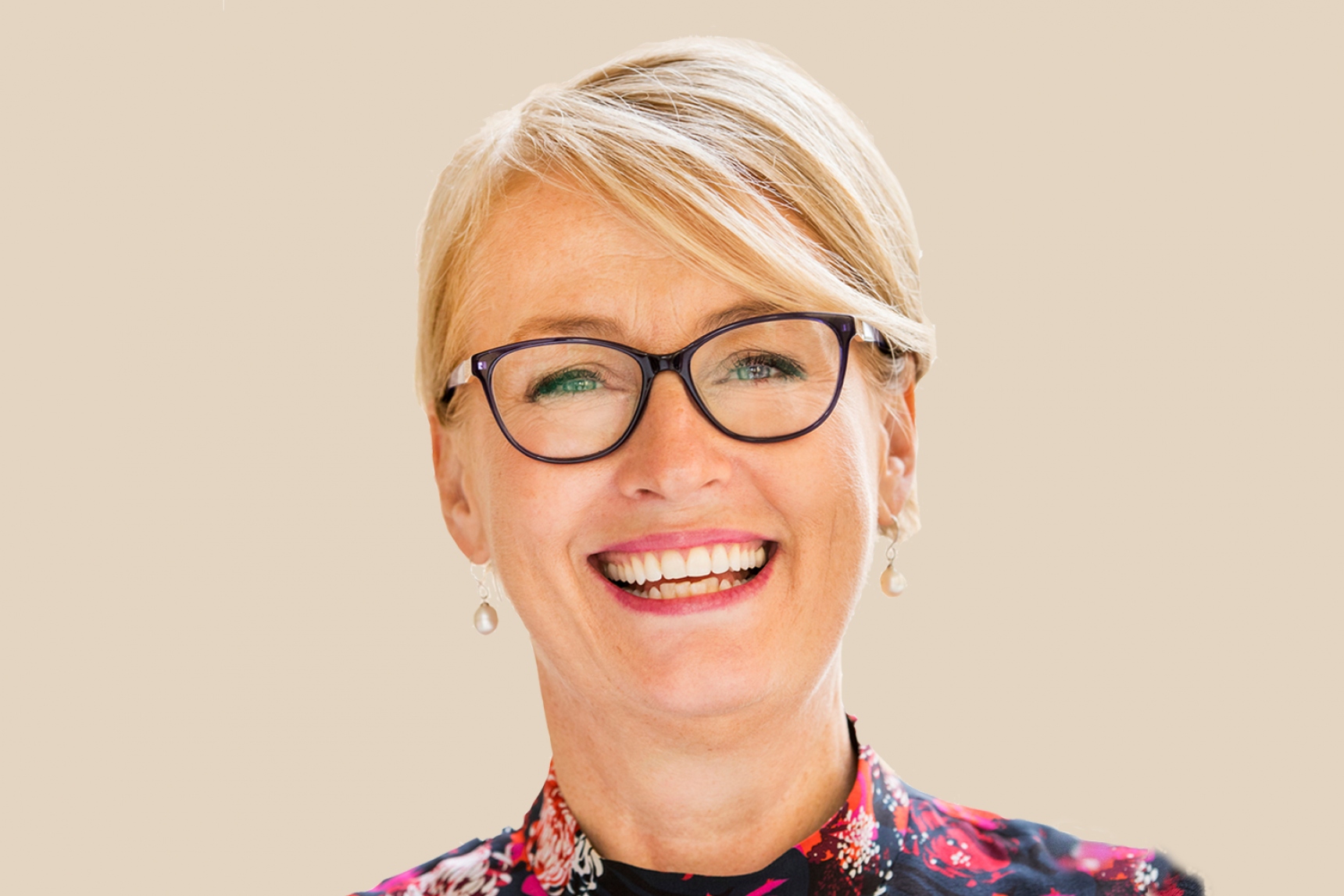 As Lord Mayor of Melbourne, you could say that Sally Capp has a soft spot for the city. She might not drink coffee, but her Melbourne credentials are otherwise impeccable. Capp grew up here, studied law at The University of Melbourne and has held many business leadership roles, including a board position with her beloved Collingwood Football Club. For two years she was the CEO of the Committee for Melbourne, a non-partisan organisation dedicated to the future of the city, and she has represented the Victorian government as Agent-General in London. In May 2018, she became the first woman to be directly elected as Lord Mayor of Melbourne.

I know I’m in Melbourne when I see people drinking coffee at an alfresco café, whether it’s chilly or hot. Melbourne is the coffee capital of the world and it is an important part of our culinary culture, even for a tea drinker like me.

My first defining food moment in Melbourne was Friday family pasta night as a child. We always went to the University Café on Lygon Street. Other special memories include joining Greek Easter festivities at The Press Club, devouring Sunday yum cha at Shark Fin Inn on Little Bourke Street, eating in the kitchen at Pellegrini’s and having special family celebrations at Grossi Florentino.

The best new thing I’ve found is the newly reopened King & Godfree. I’ve loved Lygon Street since my university days so it’s a joy to experience the rooftop bar, Johnny’s Green Room. Can I name more than one thing? I love finding a haunt that’s hiding in plain sight so The Moat, located in the underbelly of our magnificent State Library, was an instant favourite when I discovered it. Bar Clara in Chinatown is great for pre-theatre or after-work drinks and in the St Collins Lane development, Royal St Collins has great tea and amazing cakes and desserts. I love to escape the bustle of the city for a few serene moments there.

When I want to push the boat out on a meal, I turn up hungry to Di Stasio Città for many courses of authentic Italian or else I’ll head to The Atlantic restaurant in Southbank, which is a must if, like me, you love seafood.

There’s no better value in Melbourne than the historic Queen Victoria Market. It offers amazing multicultural food, local produce, great prices and it’s now plastic-free. I also can’t go past Somali Eats on Racecourse Road in Kensington. It offers an abundance of African delights, like the lamb wrap with house-made flatbread, which is great value and delicious.

And when I want to dazzle friends from out of town, I like to make a booking for the chef’s tasting menu at Vue de Monde and take in the glorious view of Melbourne.

In the mornings you’ll find me socialising with the early morning crew at Il Solito Posto or lining up for a croissant at Lune on the way back to Town Hall (you have to get in early and beat the queues).

My local is Neapoli because you can swing by at lunch for one of their always interesting and tasty salads or head in for an after-work wine accompanied by an indulgent cheese platter.

If I could change one thing about eating and drinking here it would be creating more days in the year so I can try everything that Melbourne has to offer.

But the one thing I hope never changes in Melbourne is Sunday morning walks around The Tan followed by a leisurely breakfast at Jardin Tan or Gilson – or sometimes both. 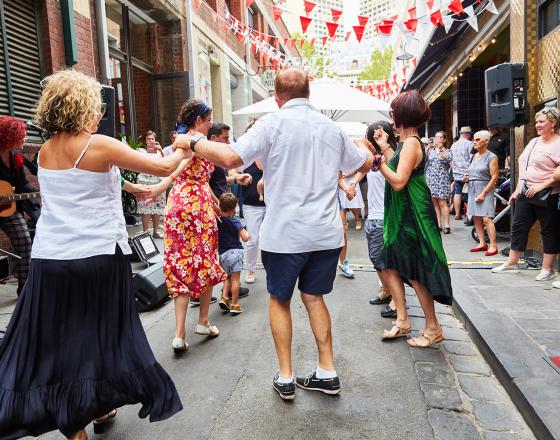 Scenes from Street Party for Sisto