Meet the finalists of the 2019 Hostplus Hospitality Scholarship 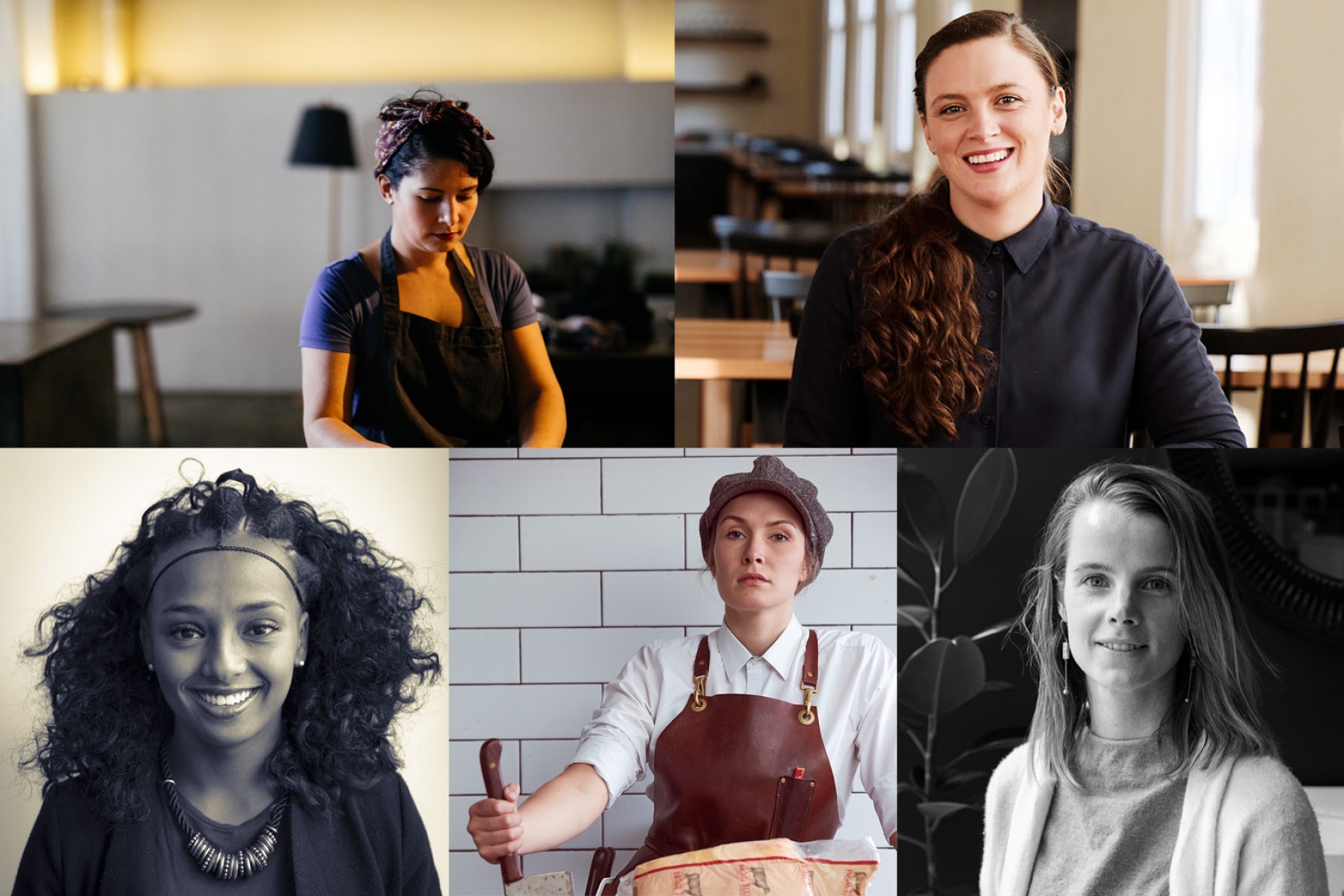 Things are heating up in the 2019 Hosptlus Hospitality Scholarship, with less than a month until the winner is announced. From 191 applications, our judging panel have whittled it down to just five finalists who have big dreams but, more importantly, the determination to make them happen. From a young butcher with an eye on the future of her industry to a restaurant manager who wants more women to stay in the industry after having families, the field is diverse. But every finalist has a desire to improve the future of the hospitality industry, whether it’s through broadening diners’ horizons or making responsible choices when it comes to sourcing.

The winner of the Hostplus Hospitality Scholarship will get to spend time working at three international locations that will give them the skills to broaden their experience, whether that’s a restaurant, winery, dairy or somewhere else entirely.

Who:
Analiese Gregory doesn’t do things by halves. After working in some of Europe’s most prestigious kitchens, including The Ledbury, Le Meurice, Mugaritz and the revered Michel Bras in rural France, she returned to Australia and spent five years with Peter Gilmore at Quay in Sydney. Her own venue Bar Brose followed before a move to Hobart in 2017, where she currently runs the kitchen at award-winning Franklin as well as spending her time getting to know the island’s produce through diving, foraging and more. This self-sufficient ethos has led to Gregory’s interest in cheesemaking, which she’s hoping to pursue through this prize.

How it feels:
“I’m proud and excited to be a finalist in this Scholarship, especially after such a great recipient – Caitlyn Rees – won in 2017.”

Why:
If she’s successful, Gregory would like to visit Ottavi, a dairy specialising in sheep’s milk cheeses, in Corsica, France.

A fifth-generation butcher, Ash McBean has been passionate about the meat industry for as long as she can remember. Growing up around siblings, parents and grandparents that worked in the trade, McBean places a premium on her relationships within the industry, from farmers and suppliers to other butchers and, of course, customers.

To McBean’s mind, the ethical treatment of livestock, including sustainable farming and procurement methods, is the only way forward for the meat industry. She believes that the future of meat must focus on quality over quantity, with absolute traceability from paddock to plate.

How it feels:
“I feel so honoured to have made it to this stage of the competition. I’m passionate about butchery and I’m so excited to bring new products and services to the people of Melbourne and visitors to the city. This scholarship would give me not only the knowledge and resources to build on my dream of creating a must-visit location for the best meats in the world, but it will also prepare me as much as possible for the huge turn that the meat industry will take over the next 20 years.”

Why:
McBean would like to visit Hida Beef in Japan if she’s the recipient of the Scholarship, learning about how they raise their world-class kuroge wagyu beef.

Growing up in Paris, Julie Davaine’s passion for hospitality was sparked when she started working part-time at a classic French brasserie while studying theatre and arts. Curious and determined to push herself outside her comfort zone, Davaine moved to Sydney armed with a suitcase and a few words of English. Ten years later, she is now General Manager of The Paddington Precinct, overseeing four hospitality venues and over 150 employees.

How it feels to be a finalist:
“I couldn’t be more excited and humbled to be chosen as a finalist for such an amazing scholarship.
Getting to this stage is already a win for me. Being able to share my vision and passion for what I do with the judges and the nation is so special.”

Why:
If she wins, Davaine would like to go Cosme in New York City, where chef Daniela Soto-Innes has set a benchmark for staff wellbeing and building a positive culture.

“It’s a once in a lifetime opportunity to learn and grow from the best around the world and bring it back to Australia.”

Laura Dyba has long been interested in questions of sustainability in food. Spending time with Joost Bakker at Brothl in Melbourne and studying a bachelor’s degree in Environment and Sustainability at RMIT University, Dyba has taken her interests in hospitality and the environment even further by joining the team at The Agrarian Kitchen and Eatery, a cooking school and restaurant outside Hobart that works mostly with food grown on the property or surrounding area.

How it feels:
"It’s such an honour to be considered as one of the best in this year's competition by some of Australia's most accomplished and admired hospitality professionals. It is an inspiring and invigorating time in my professional career. I can't wait to see what is around the corner."

Why:
Dyba wants to better understand how businesses can balance their commercial needs with a commitment to the environment. If she wins, she’d like to stage at Silo, a restaurant in England with low-waste, sustainabile menus, or Zero Food Print, an organisation in San Francisco that promotes climate-friendly farming practices among restaurants to encourage them to prioritise sustainable practices.

Saba Alemayoh opened her eponymous restaurant in 2015 when she was just 25 years old. Wanting to share Ethiopian culture and cooking with Melbourne’s dining public, Alemayoh brought in her mother as head chef while she handles the front-of-house. The restaurant was named in Good Food’s top 5 Cheap Eats in 2017 and was positively reviewed by The New York Times in 2018.

As well as running Saba’s Ethiopian Restaurant, Alemayoh is an active member of the local community, founding Afro Hub, a space in inner-city Melbourne where African dance, music, art, food and more are on show.

How it feels:
“As a person who hasn’t come out of the hospitality industry, there is always a sense of imposter syndrome. Being in the top five means that every risk we [my mother and I] took paid off. This opportunity gets me one step closer to making Ethiopian cuisine part of the accepted repertoire for weekly dinners across Melbourne homes [and], in future, Australian homes.”

Why:
Alemayoh wants to learn from Ethiopian chef Marcus Samuelsson, who opened his restaurant Red Rooster in Harlem as a celebration of his own heritage – born in Ethiopia, raised in Sweden, trained in fine-dining establishments – and that of the neighbourhood.

The winner of the 2019 Hostplus Hospitality Scholarship will be announced on 22 July 2019.