Want to get to know the stayers of the food scene a little better, or revisit an old favourite? Michael Harden celebrates some of the longer-serving restaurants right in the heart of the City of Melbourne.

Melbourne is famed for the loyalty of its diners and the longevity of its restaurants, and though our city is comparatively young on a global timeline, our restaurant scene has deep roots. Long-lived, well-run restaurants are the incubators of future success, and nurture the restaurant scene’s next-gen chefs, waiters, sommeliers and restaurateurs. Melbourne has an enviable collection of these landmarks, many of which have sustained their contribution to the culture of the city successfully for decades, securing the foundations for those who come next.

Flower Drum (17 Market Ln, Melbourne, flowerdrum.melbourne  ) has been entrancing all comers with its precise, luxurious Cantonese cooking since 1975, first in the heart of Chinatown and then in its current grand digs, a series of high-ceilinged, red carpeted rooms adorned with sculptural flower arrangements and glimmering lacquerwork. It’s hard to divine the bigger draw: owner-chef Anthony Lui’s superb cooking, from its snowy-slippery pearl meat to justly celebrated Peking duck, or the service from a squad of sharply dressed professionals, led by Anthony’s sophisticated and charming son Jason. A polished all-rounder.

It’s another family affair at Grossi Florentino (80 Bourke St, Melbourne, florentino.com.au). The two-level, three-restaurant venue, operating since 1928, has been in the hands of chef Guy Grossi and his family for more than two decades. It’s a benchmark for Italian-Australian food, both in the dark-hued Cellar Bar at street level and The Grill, with its retro-60s swagger, as well as upstairs in the fantasy of chandeliers and murals that is Florentino fine-diner. Guy’s son Carlo runs the floor there, overseeing the smooth delivery of silken house-made pasta tossed with rabbit ragù, and roast duck accompanied by cherries to carefully ironed linen.

Spain is also the word at MoVida (1 Hosier Ln, Melbourne, movida.com.au). Nudging its 20th birthday, this timber and terracotta diner is constantly packed and schooled many Melbourne diners in Nuevo Spanish food and in the allure of the city’s laneways. It’s all about big flavours, whether you’re talking smoked mackerel with gazpacho sorbet or air-dried wagyu with truffled potato foam, best consumed perched at the bar accompanied by chilled manzanilla. As the name suggests, MoVida’s where it’s happening.

Fans have swarmed to Coda (Basement, 141 Flinders La, codarestaurant.com.au) since it opened in 2009, attracted by the darkly handsome industrial chic of the space and chef Adam D’Sylva’s wide-roaming menu that lists traditional (and very good) steak tartare alongside steamed rice noodles with XO cuttlefish and Javanese curry with native greens.  Excellent cocktails and a globetrotting wine list frame things nicely, and the grab-bag approach works a treat, effortlessly translating to a very good time.

In 2006, chef Teague Ezard opened Gingerboy (27-29 Crossley St, Melbourne, gingerboy.com.au), a laneway love-letter to Chinese and South East Asian street food that supercharged Melbourne’s love affair with Melbasian restaurants. With its neon-splashed exterior and list of thirst-quenching cocktails, Gingerboy has a nightclub feel but the crowds are here for eating, with good-time, steady beat flavours all the way, as the prawn bun with kimchi kewpie, Massaman duck leg curry and salt-and-pepper chicken ribs all attest.

More relaxed Europhile good times are waiting at one of the city’s stalwart wine bars, Punch Lane (43 Little Bourke St, Melbourne, punchlane.com.au). Well into its third decade, Punch Lane is as loved for its décor – clubby red leather armchairs, worn timber floors, blackboard menus busy with wine and cheese specials – as the reliably tasty, wine-friendly food that stops all stations from oysters and chicken parfait to expertly-grilled fish and an excellent pavlova. A classic of the Old School genre.

Kenzan (Collins Place, 56 Flinders La, Melbourne, kenzan.com.au) has been doing its quality Japanese thing for 40 years in the basement of Collins Place. It’s where many non-Japanese Melburnians discovered for the first time just how fine sushi and sashimi could be. Kenzan’s sushi bar is still one of the best in town and the largely unchanged dining room, with its screened off tatami rooms, has retained a wonderful sense of calm occasion. The menu takes a victory lap of Japanese cuisine that, besides the raw fish, presents a strong case for everything from tempura to chawan mushi to shabu-shabu.

Can it really have been 25 years already? That’s the timeless magic of the look at Il Bàcaro (168-170 Little Collins St, Melbourne, ilbacaro.com.au) casting its spell, clearly. But while the Venetian-inspired décor affects a gorgeous permanence, chef David Dellai’s food doesn’t stand still. He finds equal inspiration in the traditions of the Veneto and top-flight Victorian producers, whether in his savoury truffled pecorino tart or the dizzying new limoncello baba with mascarpone and white chocolate semifreddo and lemon myrtle.

How about a nightcap? Siglo (161 Spring St, Melbourne, siglobar.com.au), the bar above the European, has been giving punters one of Melbourne’s best views – parliament, cathedral, theatre, classic ’50s skyscraper – to go with their cocktails for nearly 15 years. Even when it gets late and loopy, the setting, formally dressed waiters, superb wine list and a humidor stocked with fine Havana cigars keep things civilised. Hungry? Downstairs, Supper Club will feed you into the wee small hours.

This article is presented in partnership with City of Melbourne. 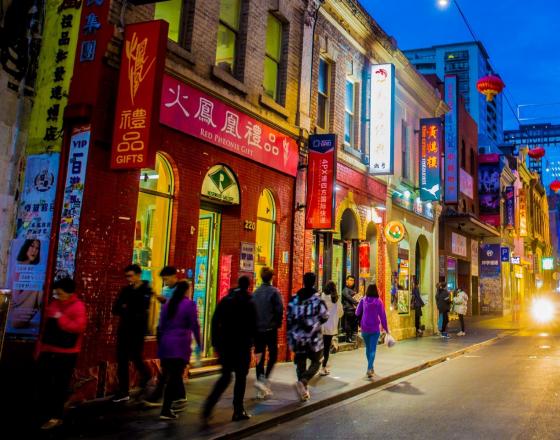 The essential guide to Chinatown 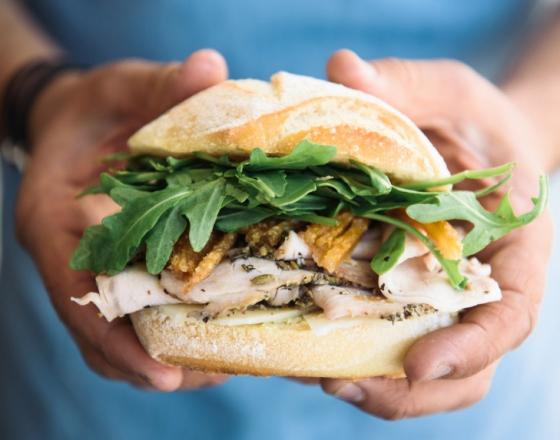 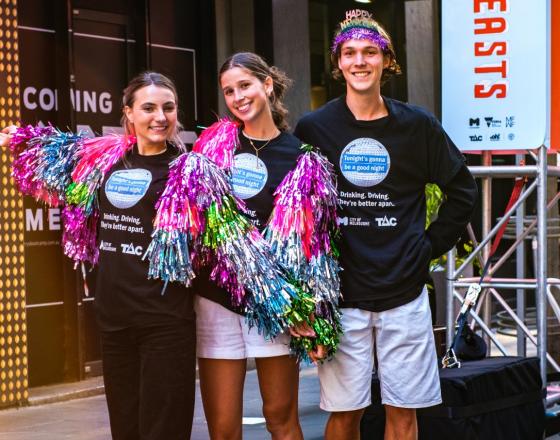