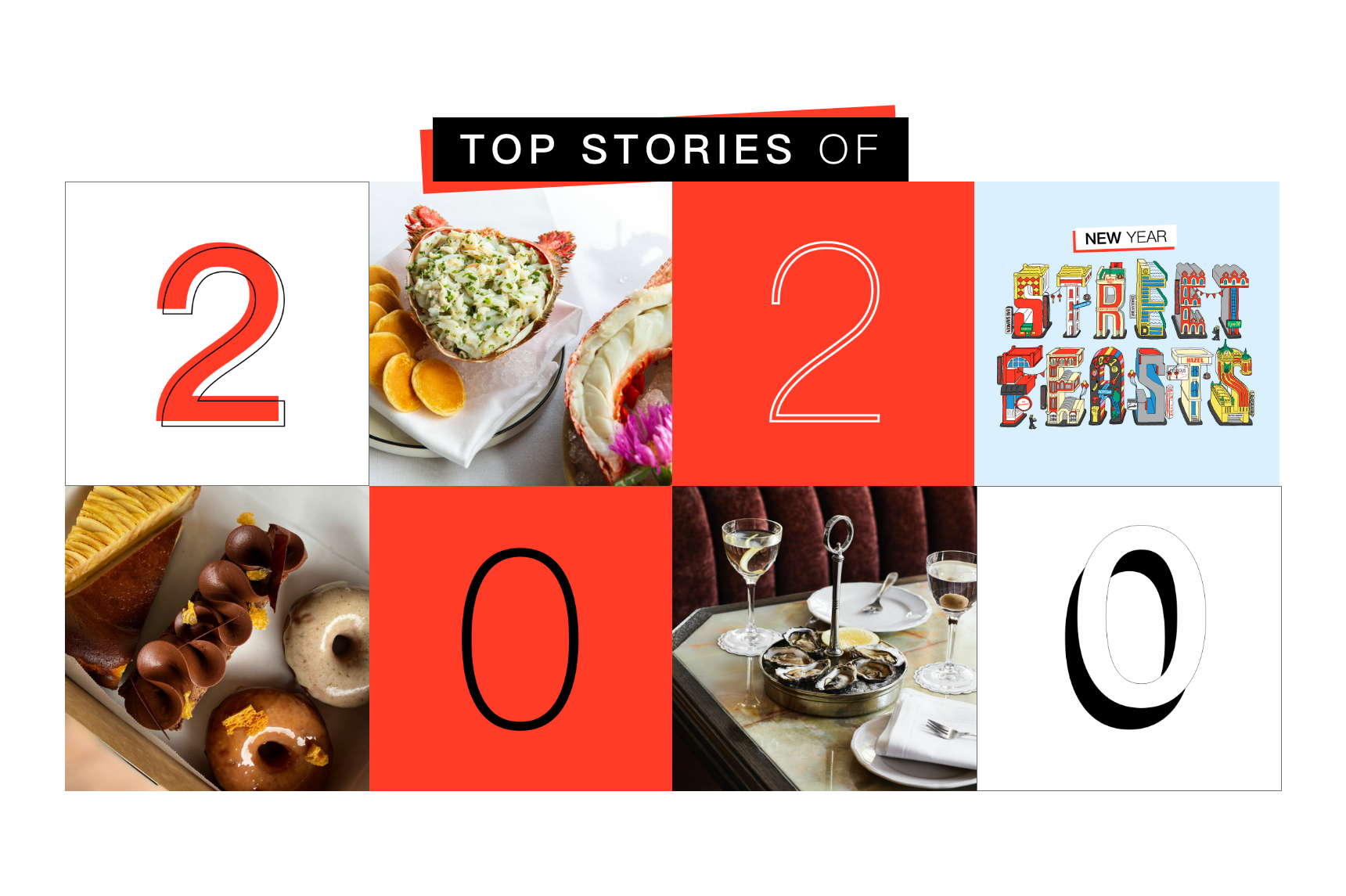 Glancing over this list of most read stories published by MFWF in 2020, it’s not hard to form a picture of the year we had in Victoria. They might not touch on the scale or tragedy of the pandemic, or the sacrifices many of us were asked to make, but these articles do show a city and a state that kept its chin up through tough times, finding solace in the small pleasures each day offered and showing support for our producers, entrepreneurs and hospitality businesses.

1. A map of takeaway and delivery open now

The takeaway container is a serious contender for the mascot of 2020. So it’s little wonder that our guide to the restaurants doing takeaway and delivery across Victoria got some serious mileage from readers while we were all in lockdown. Not only were we looking for respite after weeks of having desk lunches, couch dinners and every other meal at home, we also wanted to support our favourite restaurants and their smart takeaway concepts. To all of them we say: thanks for being there for us.

One of the many hard truths in the world of media is that Father’s Day never gets as much love as when it’s mum’s turn in May. But, in keeping with the rest of the year, 2020 proved to be the exception on this front as well. Was it because months without face-to-face family time were beginning to bite? Was buying a thoughtful gift a distraction from Netflix? Or was it just another way to vote with our credit cards and show some love for hospitality? We’ll never know. But we hope you enjoyed your time in the sun, Dad.

You better believe Melbourne is feeling hungry for fun this summer. And thankfully there’s plenty of it to be had, especially with the dining program created just for New Year by Melbourne Food & Wine Festival, City of Melbourne and the State Government. Adding more than 2,500 extra seats to the city on the busiest two days of the year, New Year Street Feasts spreads the love for both diners and restaurants, meaning it’s easier than ever to celebrate in style. You’ve earned it, Melbourne. Tickets are still available here.

The passing of the creator of landmark venues Gin Palace, Madame Brussels and Collins Quarter was a blow to Australia’s bar scene – and a reminder of Melbourne’s beloved bar culture that followed on from Chalker’s first trailblazing idea, Gin Palace, in 1997. Although the chance to savour that culture was largely missing from our lives this year, Chalker’s passing was a stark reminder of why we value bars and what role they play in a city. We’re blessed have felt the effect of Chalker and his protégés. Now it’s up to us to preserve that.

5. What to order at Gimlet at Cavendish House

A new Andrew McConnell restaurant is always a hotly anticipated event. But opening during a global pandemic? Well, if anyone could make it happen, it’s McConnell and his Trader House team. One look at Gimlet tells you they have indeed pulled it off, creating a beautiful all-day dining room and bar that would look right at home in London, New York or Milan. And the mix of classic dishes and McConnell touches in the food felt like just the thing we needed in a topsy-turvy year.

6. Thing or Not A Thing: Basque cheesecake

Deeply burnished on the outside yet pale and creamy inside, Basque cheesecake became almost mandatory on the menus of cafés, bakeries and even restaurants in Melbourne in 2020. Attica, Marion’s Baker Bleu pop-up, Calere and all the rest were no doubt attracted to the simplicity of the recipe and how well the cake travels, a key consideration during a year of takeaway sales. The custardy cake is not only delicious, it’s extremely hard to mess up, making it a magnet for the many home bakers of 2020, too. But even as our lives have moved on, Basque cheesecake can still be spotted around town.

You may not be able to rely on Melbourne’s weather, but you can depend on its citizens to show up for a game, race or showdown. It was in that spirit that cafés, caterers, social enterprises and restaurants came up with creative ways to celebrate the AFL finals and spring racing carnival from our backyards or the park. Race-day yum cha from David’s, a football-shaped cake and Carlton Draught-glazed ham by The Big Group, the Nacho Footy Loaf by Attica, and Sunda’s cheeseburger roti were among the best on ground.

8. An ex-Lune chef is rocking Melbourne with boxes of exquisite pastries

The proliferation of small businesses and solo outfits this year opened up a wide world of flavour to Melbourne eaters, from Brazilian empadãos to vegan Balinese food and lovingly crafted tortellini by a Grossi chef. Then, there was Holy Sugar, a business started mid-pandemic by a former Lune pastry chef that delivered boxes of cakes and pastries to homes each Saturday morning. Run entirely over Instagram and selling out just about every week, Audrey Allard’s side hustle was proof that out of darkness there can definitely come light.

“Picnic? Sunday?” For a couple of months in spring, the city’s parks, gardens and nature strips were regularly dotted with rugs and chairs every weekend as we gathered with our nearest and dearest for the first time in months. And our clever friends in hospitality were at the ready with picnic fare both luxe – sushi boxes! steak sandwiches! – and classic. Whether you wanted top French cheese plates, a great sandwich from our best bakeries or a hamper that’s packed and ready to go, it was easy to dine well outdoors and make the most of the city’s excellent parks.

Drinks on Zoom, drinks on the front step and drinks just because – the city’s watering holes might have been relocated to our living rooms this year, but that didn’t stop us from enjoying a well-made refreshment. Bars and restaurants flipped the switch and embraced the art of the bottled cocktail, with some even delivering freshly mixed drinks to their neighbourhood. Plus, the beautiful bottles and neat packaging meant buying someone a drink for their birthday or to say “hang in there” was a viable – and thoughtful – option, even from afar.