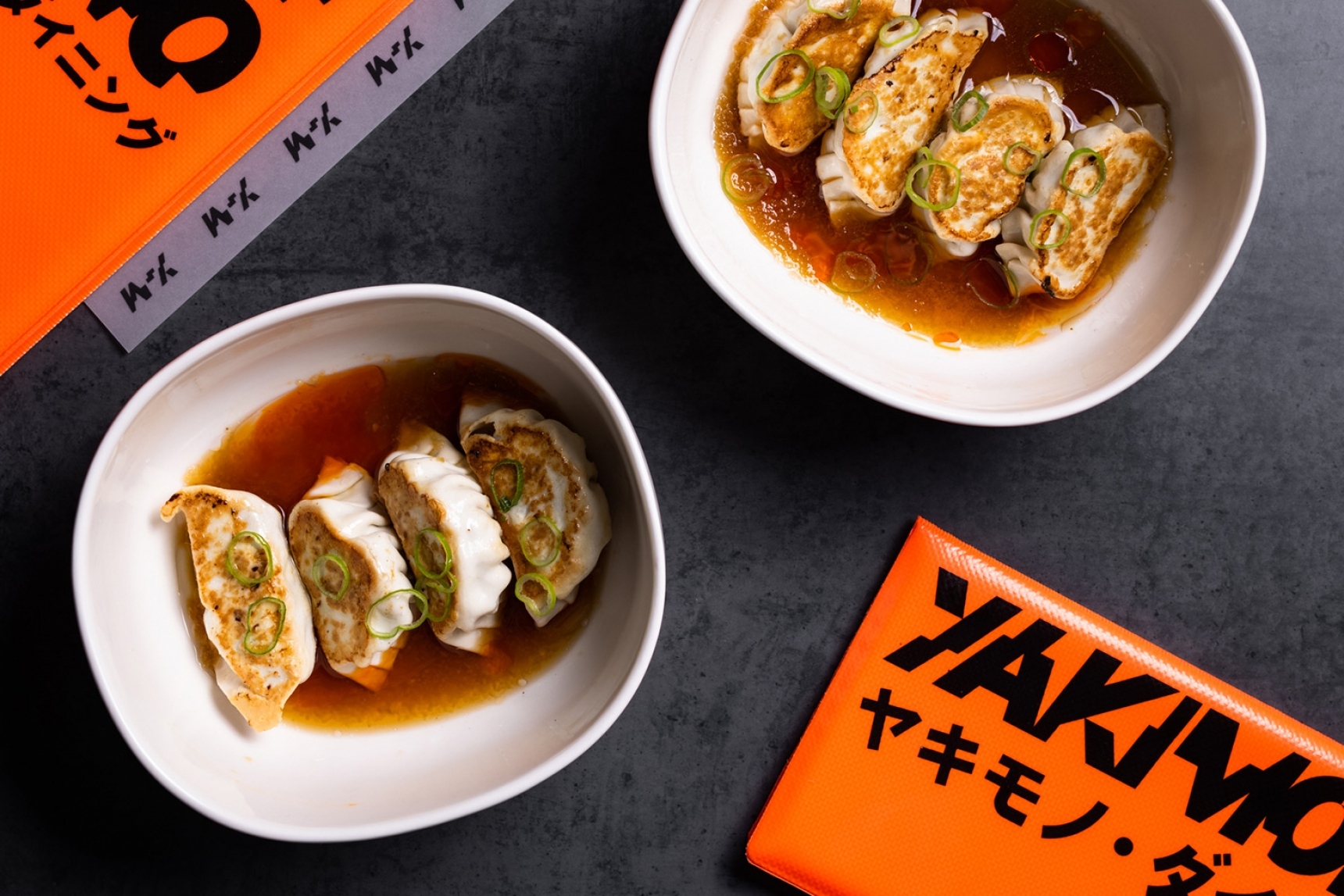 Photo: What to order at Yakimono was your most-read article of 2021.

Beginning of the end? End of the beginning? However you slice it, 2021 didn’t go how we thought it might, but that didn’t stop you from going big on MFWF content right from the jump. We are much obliged.

Though it may not feel like much changed from 2020, we’re happy to report that our data tells a different story. Where you once fiended for takeaway options and cocktail delivery services, in 2021, you looked forward to leaving the house, to new openings and alfresco revelry, and you also read voraciously about chocolate and pastries, as is your constitutional right.

You had every reason to throw in the towel and summon the pizza scooter on the nightly last year, but after crunching the numbers on your favourite stories of 2021, it looks as though you were more optimistic than ever. Or maybe you were just sick of pizza. Either way, good for you. Here’s what you read in the year that sort of was.

11. Melbourne’s Must Eats
A lunchtime initiative launched to entice diners back into the CBD, Broadsheet and City of Melbourne’s Melbourne’s Must Eats program had us in its crosshairs with a value proposition that couldn’t be ignored. For four weeks, you were eating like royalty at heavy hitters like Supernormal, Palermo and Farmer’s Daughters for a pauper’s purse of $30 per head. You wouldn’t read about it. 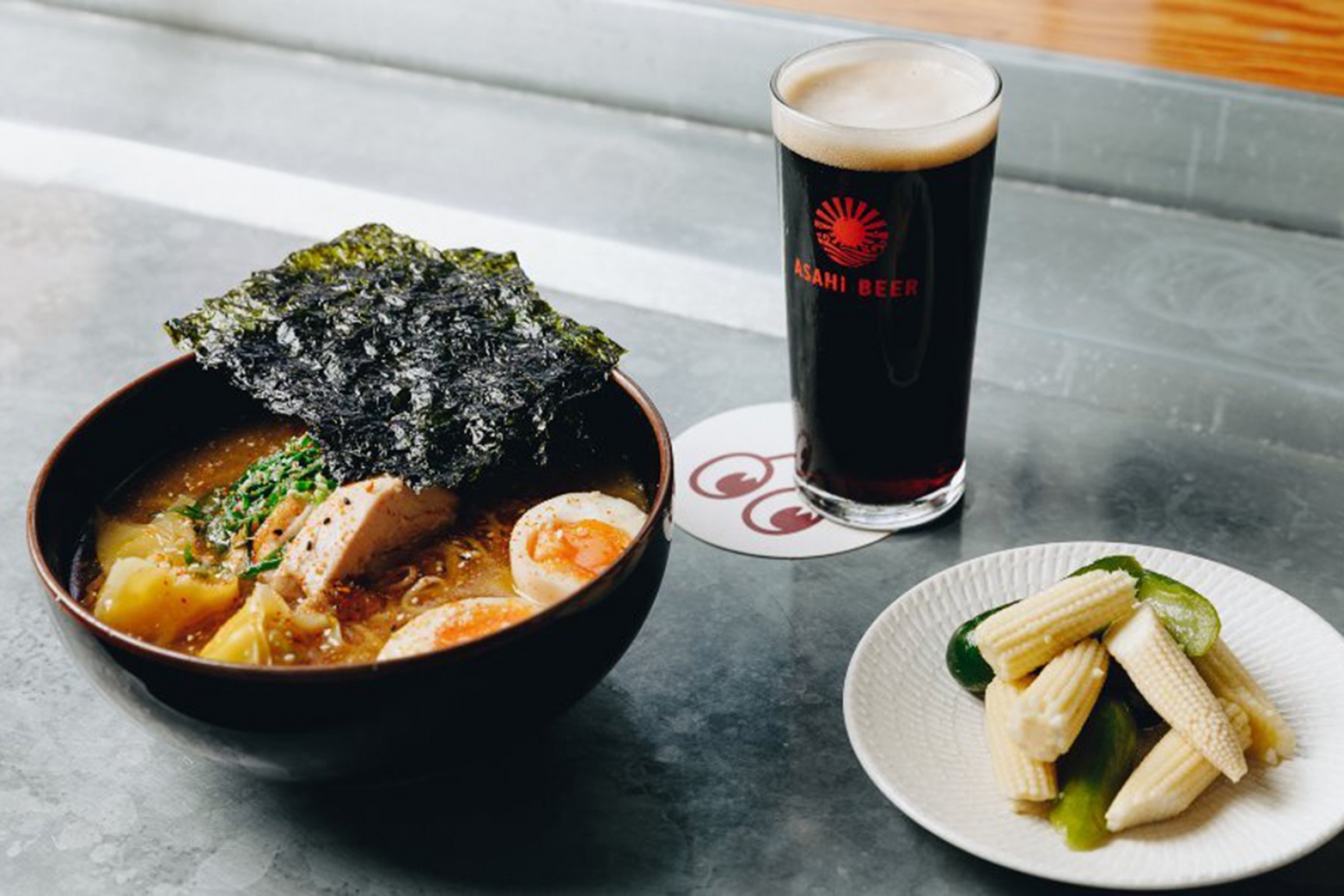 10. Bijou Bottle Store in three drinks
The thought of opening a venue at a time when so many had closed was “perhaps the craziest thing I have ever thought of doing”, said Ben Luzz. But when he put plans in motion to open Bijou Bottle Store in December 2020, the groundswell of support he received buoyed him, and he resolved to do his part to help Melbourne begin 2021 on an up-note. Clearly, you appreciated his moxie, clicking him and his excellent venue into tenth spot.

9. Melbourne’s best new hotel bars
Marble staircases. Cocktails imprinted with the face of Andy Warhol. Chicken-wing mini parmas. The arrival of a clutch of new hotels in town brought with it some new-wave hotel bar excitement, and even if travel in 2021 was a complicated question, your blind optimism here was noted and very much appreciated. 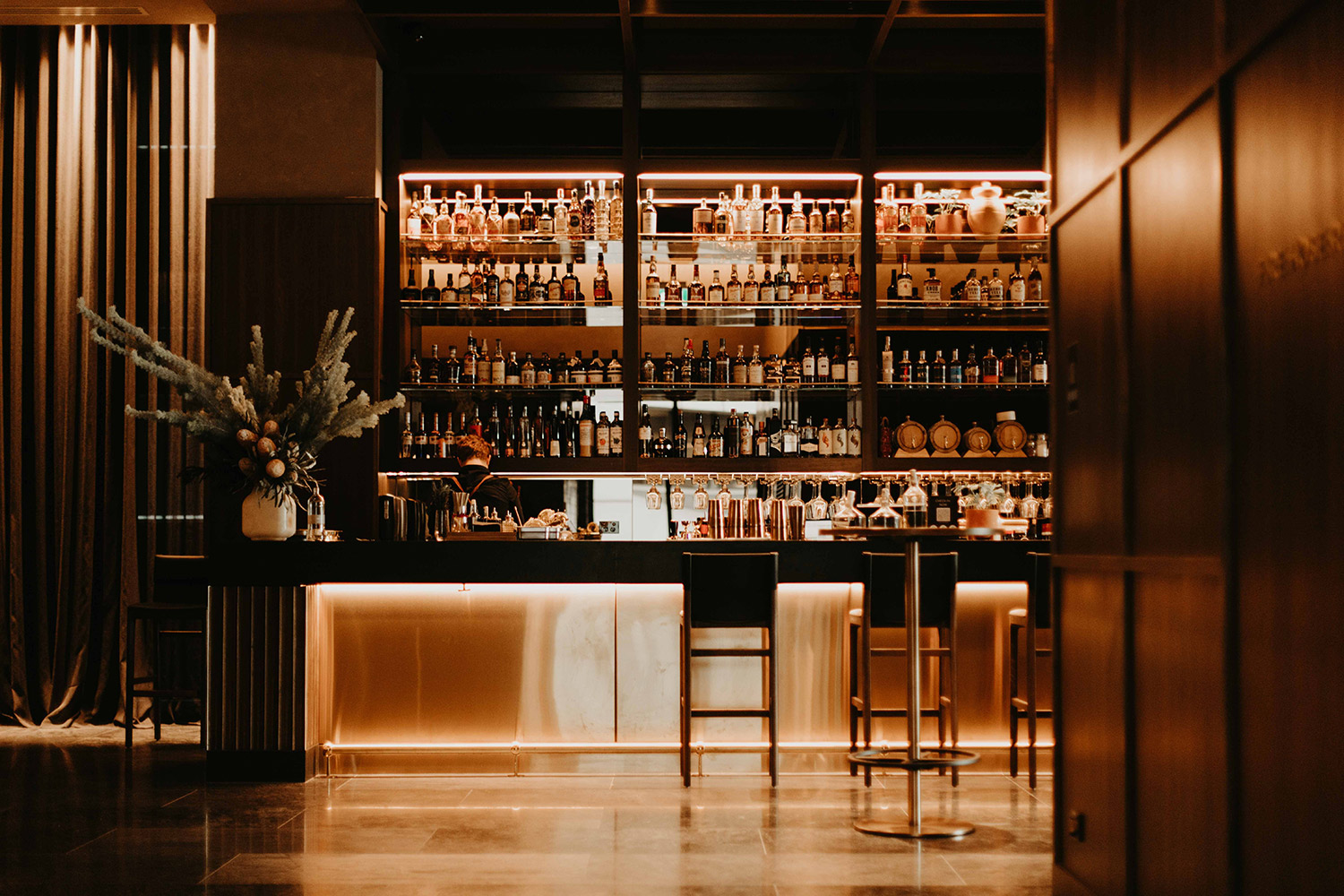 La Madonna, the bar at Next Hotel (credit: Kate Shanasy).

8. Lucy Tweed’s A Chocolate Thing
Recognise this chocolate thing? That’s because you probably baked and swallowed it at some point last year. In 2021, Lucy Tweed repackaged her social media hit Every Night of the Week into cookbook form, and so created a tome of recipes for people who don't like recipes. Of A Chocolate Thing, Tweed wrote, "The blueprint for a dessert of this category is essentially chocolate, then words like warm, gooey, melty, sugary, crisp and chewy, and finally a random ‘ooooh yeah let’s put this in there!’ element. In this case, marshmallows". 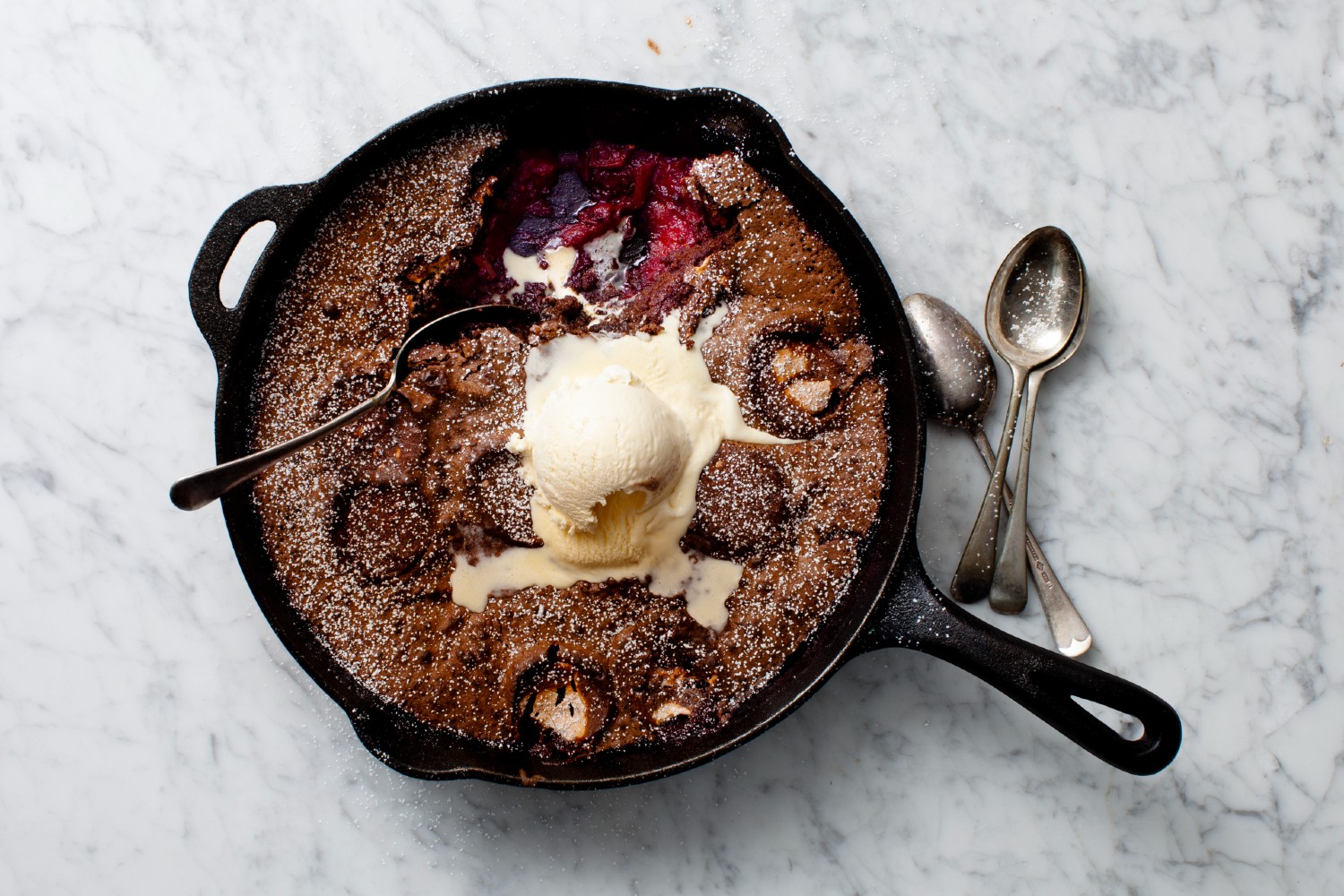 7. Your guide to eating the AFL Grand Final
That final Saturday in September was diverted interstate for a second year running, a bitter pill for long-suffering Demons fans who were to celebrate their drought-breaking victory from the couch. At least they were well fed. Fans looked beyond the freezer aisle during last year’s decider, calling on our Grand Final guide for highfalutin sports fare like Attica’s nacho footy loaf and Matilda’s duck sausage rolls. May that become football-watching tradition.

6. What to order at Lollo
As you may now be aware, the answer to that question is the four-person duck lasagne. But you weren’t to know, and so, you read. Drawing on his Anglo-Indian-Italian heritage and the skills he honed at Coda, Tonka and Coda Lorne, Adam D’Sylva teamed up with W Melbourne executive chef Jihun Kim to create a bold, modern and entirely of-the-moment menu at the W’s Lollo that evidently spoke to you as much as it did us. 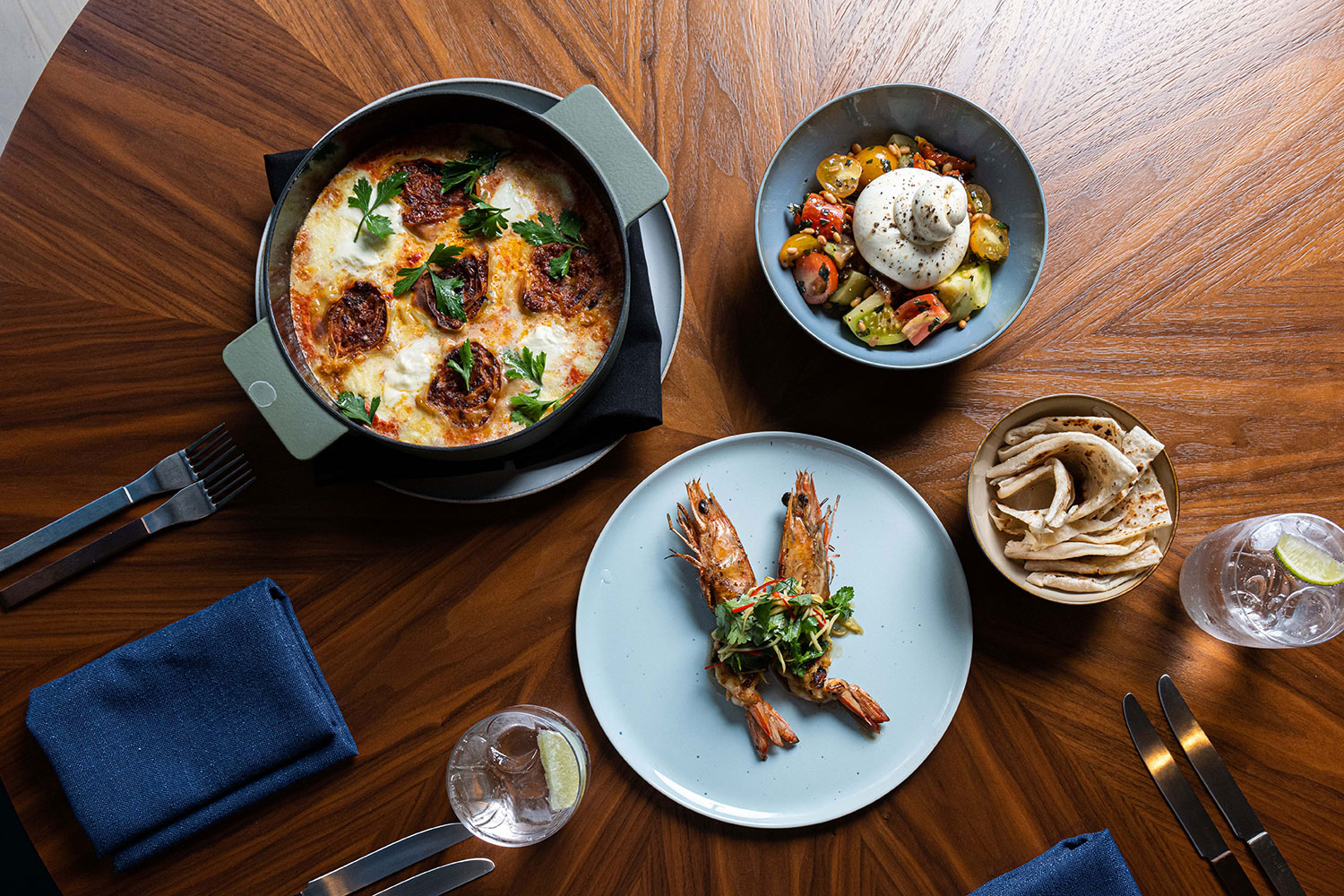 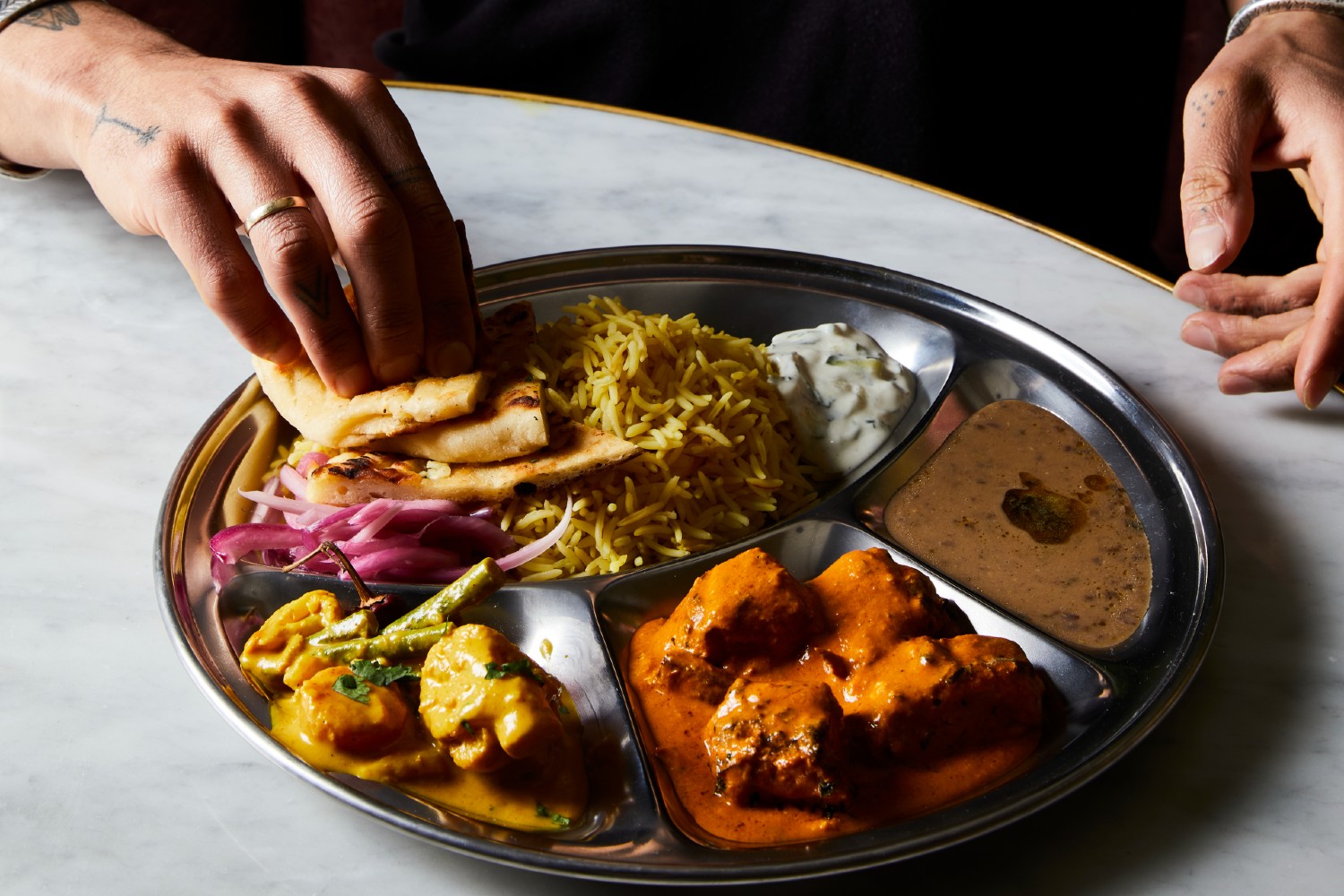 4. Introducing Moon Crullers, the sweet new brand from the Lune team
Lune could bake a sugar-coated boot and we’d eat it, but in 2021 they mercifully went the cruller instead. What’s a cruller? Think of it as a fancy cousin to the doughnut. More popular in North America than on this side of the Pacific, it’s essentially fried dough with a distinctive twisted or braided shape (“krullen” means “to curl” in Dutch). Can’t imagine what was so appealing about this one. 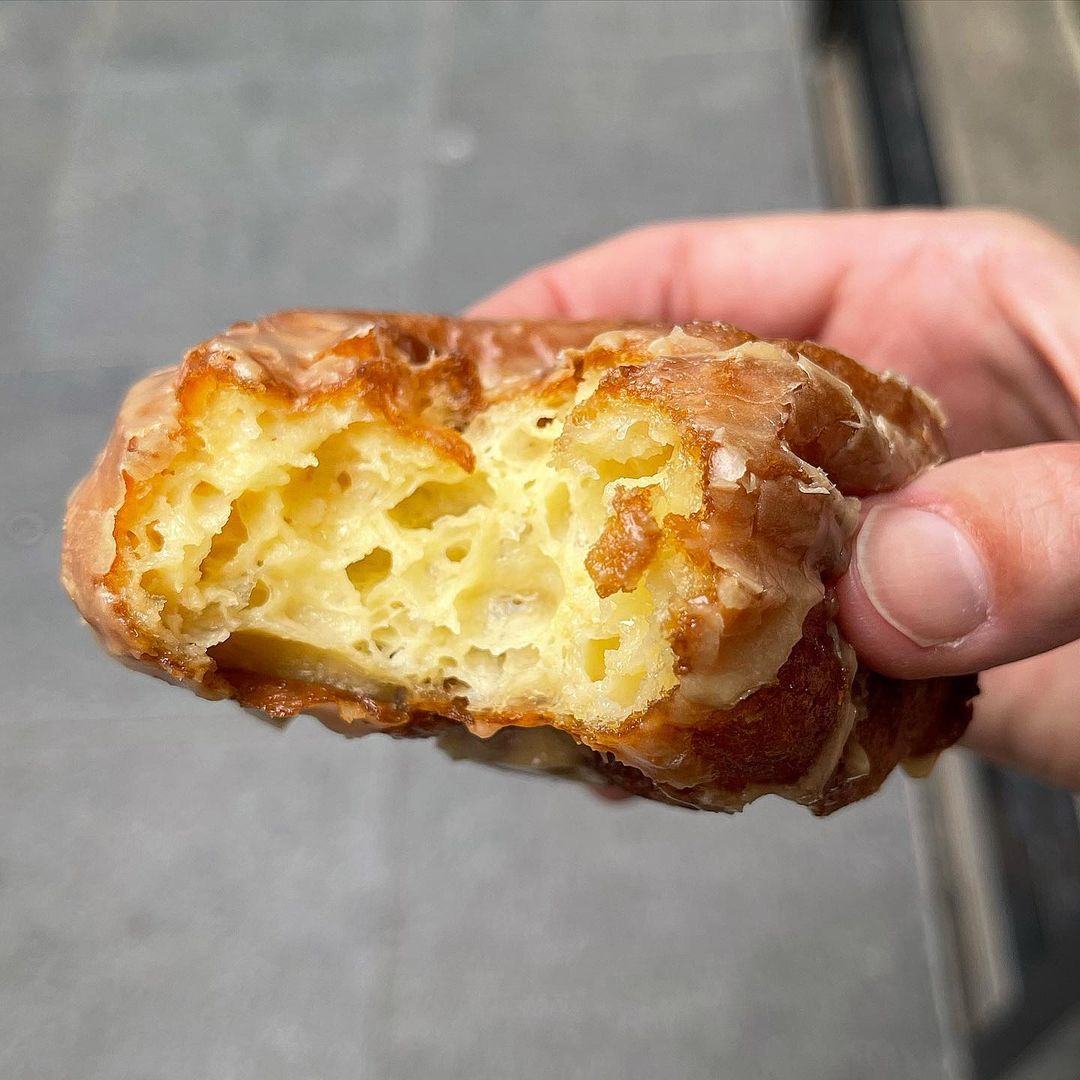 3. The 2021 Father’s Day gift guide
They say the key to a man’s heart is through his stomach, and for dads even more so. According to our numbers, yours received a combination of home-delivered restaurant meals, wine subscriptions, gift hampers and kitchen tools in 2021; a devastating blow to the novelty sock industry.

2. What to order at Attica Summer Camp
Ben Shewry isn’t one to do things by halves. The Attica chef and co-owner was looking for a circuit-breaker after the trials of 2020, and where some of us might’ve taken some time at the beach or at least a break from work, he decided instead to pour his not inconsiderable energy into building a second restaurant. You came, you clicked, and you learned that Shewry’s grilled pork scotch egg was precisely what you’d order when it came time to visit. That and the nacho loaf. 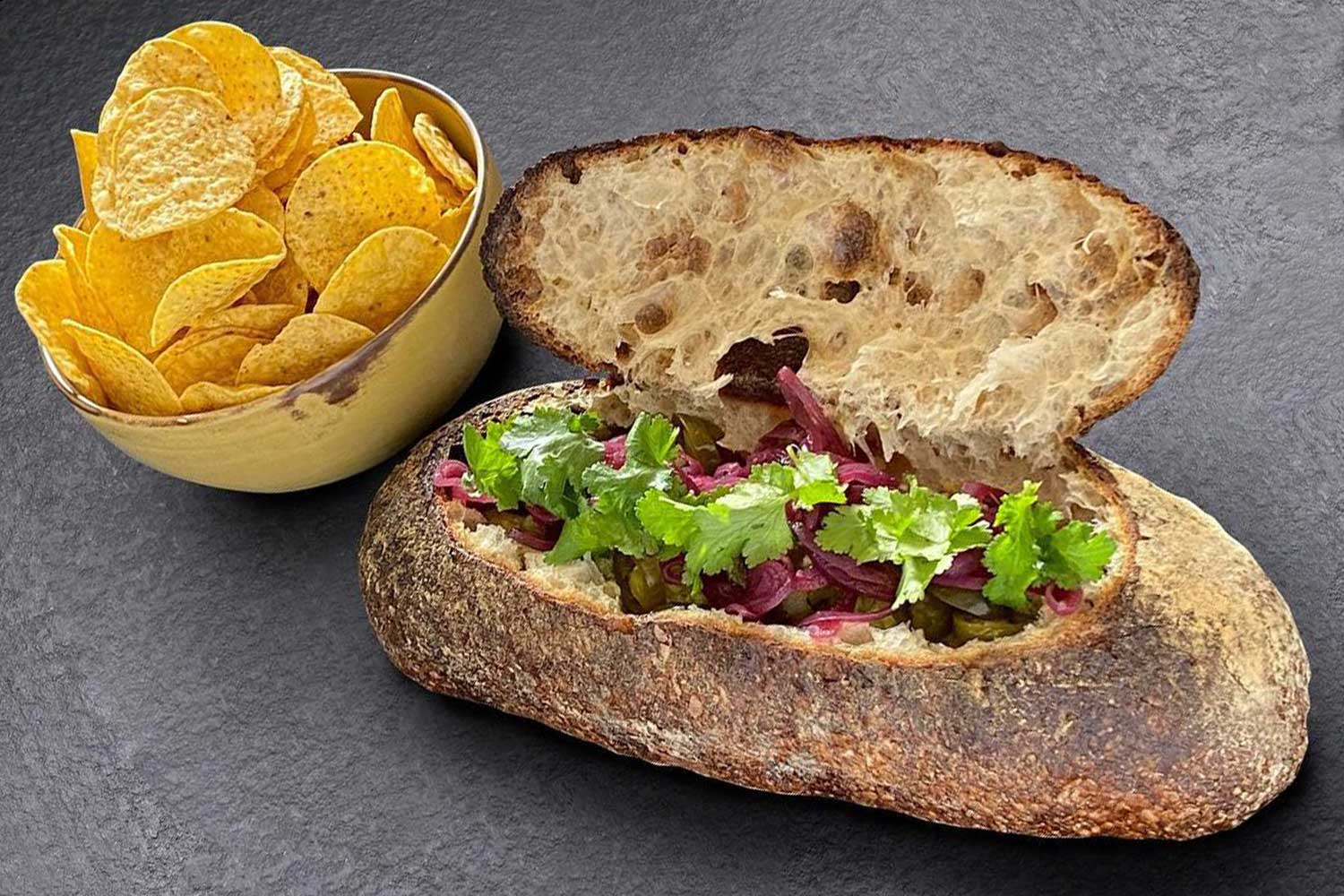 1. What to order at Yakimono
And there you have it. In 2021, you really wanted to know what to order at Chris Lucas’ high-octane, Japanese-inspired Yakimono. And looking at the data, you still do. So then, what to order? According to chef Daniel Wilson, whole miso-glazed chicken with smoked chicken-fat rice, sweet spicy barbecued baby-back ribs, curried sweet-potato gyoza with miso, and mixed sashimi with ginger and finger-lime dressing ought to do it. 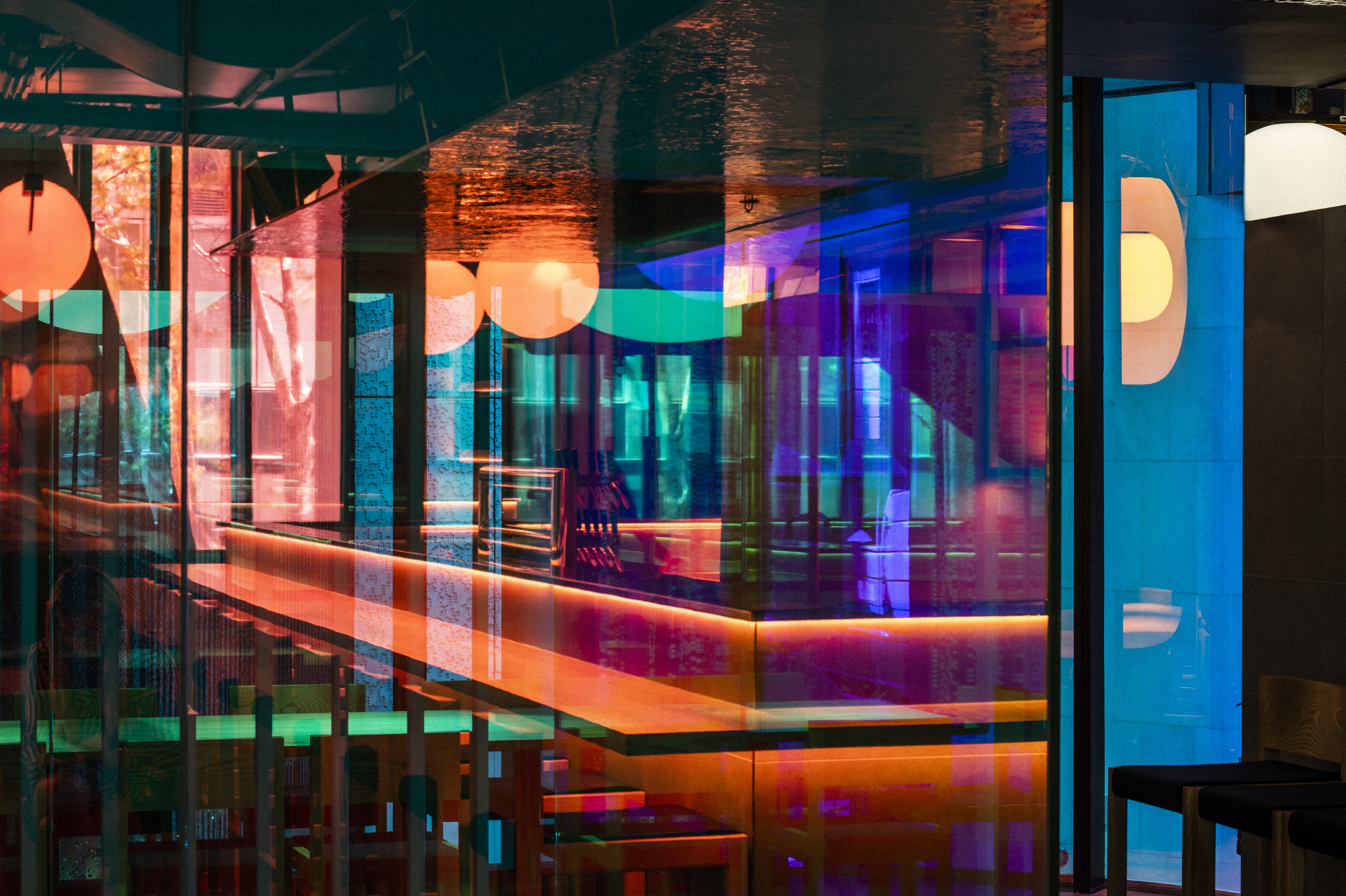 What to order at Yakimono 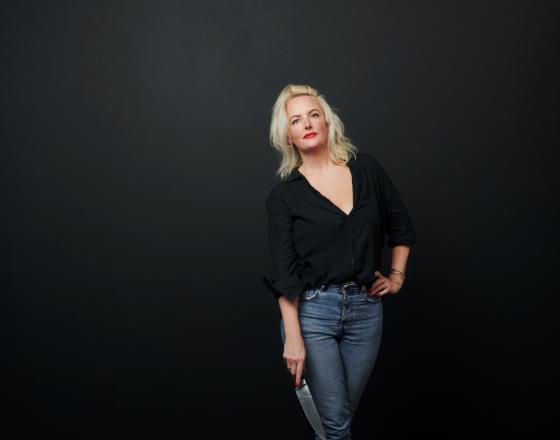 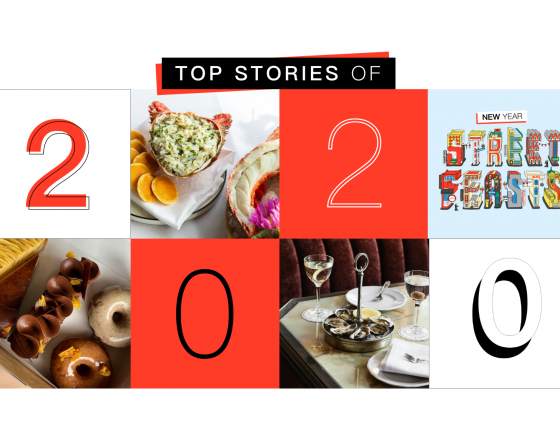