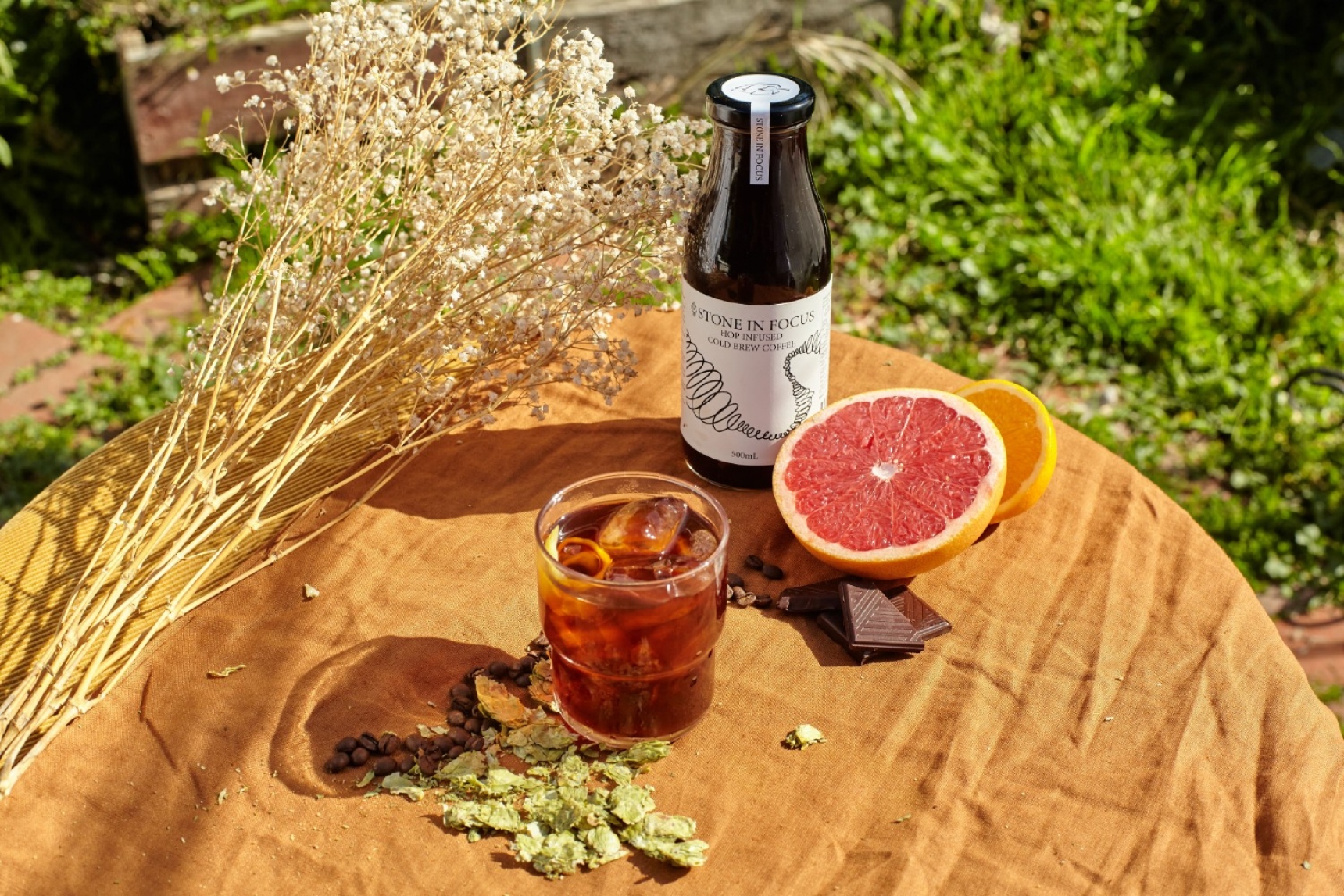 Victorians love craft beer almost as much as they love coffee and lucky for us, Jack Swann, owner of Stone in Focus has done the hard work of combining the pair.

Think cold brew that's been dry-hopped like an IPA. You might be asking yourself ‘why does my coffee need hops?’ and Swann is here to make the case. Not only do the bright, citrus notes of southern hemisphere hops lend themselves to the flavours of cold brew, Swann says the hops bring medicinal qualities as well. We talk to Swann about Stone in Focus and why you might like to try it – if you haven't already.

What’s it all about?
Stone in Focus is hopped cold-brew coffee – it’s a passion project that I’ve been experimenting with over the past 12 months.

What’s the pitch?
Australian-grown hops are world-renowned for delivering a juicy citrus punch to our craft beers – lots of passion fruit, peach and grapefruit. They’re grown in the Ovens Valley in Victoria and the Derwent Valley in Tasmania and we’ve combined them with a Brazilian single-origin coffee for our signature cold brew – which boasts a beautiful, rich dark chocolate body.

We use a blend of 100 per cent Australian-grown hops, but it’s done in moderation so things don’t get too bitter. Instead, they impart a crisp finish – something you don’t get in a regular coffee – with the end product having a generous mouthfeel and a lingering citrus twist.

On the other side, we’ve got the health benefits of hops – where they’re used to aid things like muscle tension, digestive stress, insomnia and in some cases, anxiety. They’re used in many traditional medicines because of their inherent soothing effect – the opposite of what you expect from a coffee, which makes taking both at the same time really interesting.

I’m doing as many trials and as much research as I can – it’s where my personal interest in the project stems from. I’m using our website as a platform for information on the process, exploring how coffee and hops interact with your body, as well as each other. For example, there’s evidence to suggest that hop compounds can partially suppress the same liver enzyme that metabolises caffeine – in theory, prolonging the effect of your coffee.  Whereas, in the brain, hop compounds have been found to activate GABA receptors, opening chloride channels and slowing down neuronal activity – which is where their calming effect comes in – it's the same mechanism as medications like Valium, albeit a lot milder.

At the end of the day though, you’re still getting a caffeine hit – personally, I just don’t get so tense afterwards. But, I’ve had a lot of feedback from other people experiencing a similar thing too, which is awesome.

How’s it made?
Three ingredients: water, coffee and Australian-grown hop flowers. Overall, it’s a fairly simple process, we do a bit of boiling and dry-hopping with the hops to balance bitterness and aroma, making sure we extract the right stuff, before throwing them in with ground coffee, topping it up with water and leaving it in the fridge overnight. The cooler temperature draws out much less acidity so you end up with a naturally sweet coffee, which we then run through a few filters and bottle up.

Serving suggestions?
If you want to, you can add your choice of milk (or a scoop of ice-cream for a treat) but you don’t need it – we’re vegan friendly – no sugar, no dairy and no preservatives. We want to stick to serving the freshest cold brew we can because you can always notice the difference. My favourite is straight, over ice with a piece of lemon peel – it really highlights the hoppy characteristics. It’s an easy and refreshing cuppa for an afternoon pick-me-up, while you’re at work, or before you head off to after-work activities.

Is it here for a good time or a long time?
I’m certainly settling in for the long run. We’re looking at seasonal coffee rotations to highlight the characteristics of different regions around the world. The flavour profile of hops have a huge overlap with coffee – particularly Ethiopian varieties, which Melburnians love. We’re always on the lookout for businesses, bars, cafés and the likes that are looking for collaborations or fresh coffee options too.

Where can we get it?
Head to Slowbeer if you’re ever around Collingwood – they’ll soon be serving up fresh cups in the afternoons – maybe some Negroni-inspired cocktails spiked with our cold brew. Online sales are happening across Melbourne, Victoria-wide delivery will be available any day now and Australia-wide hopefully soon to follow. We’ve got 500ml bottles, which are really great to keep in the fridge and drink over the course of a week. Since it’s fresh coffee and hops that haven’t been aged, the flavours are highly volatile in the bottle; once you crack it open you really notice it opening up each day. It’s awesome giving wine lovers a taste too – I’ve found they’ve got a great appreciation for the subtle flavours.

Otherwise, we’ve got larger quantities on offer for workplaces and we’ll be releasing single-serve bottles very shortly as well. Watch this space. 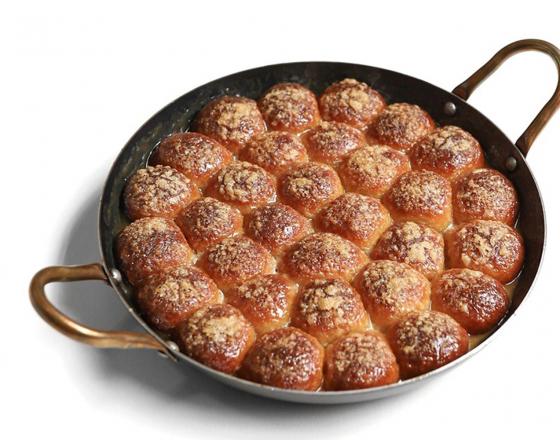 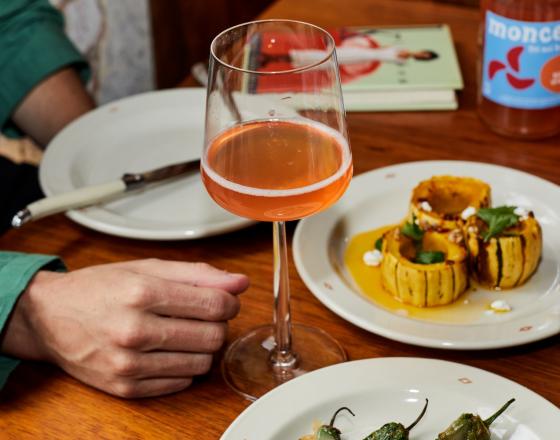 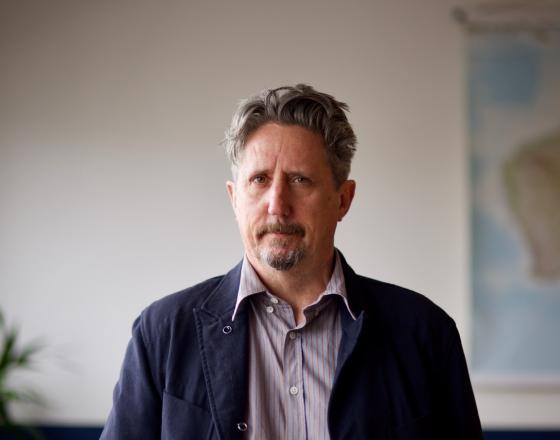