Restaurant openings, restaurant closings and the places where your food heroes love to eat and drink: these were the stories you loved the most this year from Melbourne Food & Wine Festival.

It was a big year for storytelling at Melbourne Food & Wine Festival. We launched five new columns, including How I Melbourne, Thing or Not A Thing and Hi, My Name Is. We created our first-ever podcast, bringing the conversations that happen at our festival events to an even wider audience. We ate a lot of toasties and shared every bite, ooze and crumb with you. But out of all of them, these are the stories that really pressed your buttons. Thanks for reading, listening and watching.

We’re hard at work crafting more ridiculous and tasty columns for next year. If there’s anything you’d like to see more (or less) of, drop us a line or send us a message on Instagram.

1. How I Melbourne: Kate Reid

Our first-ever How I Melbourne was also our most popular. But is it any surprise, when the city’s pastry queen, Kate Reid of Lune Croissanterie, is in the hot seat? Kate gives the lowdown on life-changing roast chicken, cocktail discoveries and eating on the pass. Read more

To celebrate the opening of Ronnie Di Stasio’s long-awaited city venue Di Stasio Città earlier this year, we sat down with the man himself to discuss the motivation and inspirations behind his new Spring Street digs. “I like to think of it as a home gallery where the caterers came in for the opening and forgot to leave. You can look at art and you can also eat a sandwich, drink a cocktail.” Read more

Our program for 2020 was launched at our festival home, Queen Victoria Market, with cakes from a classic Australian book and pasta by one of Melbourne’s favourite Italian restaurants. Find out what’s in store come March. Read more

In July, fans of Thai food were dealt a blow when Long Chim Melbourne closed after two and a half years and a host of glowing reviews from food critics. Read more 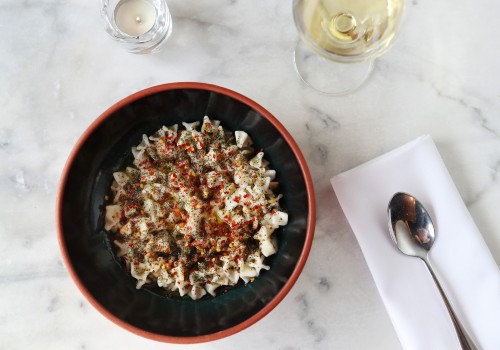 Manti at Tulum, crowned Victoria's best restaurant in the Delicious 100

In a surprising result, Tulum took top honours in the Delicious 100, an annual ranking of Victoria’s restaurants by the Sunday Herald Sun and Delicious, pipping seasoned award-winners such as Brae and Attica. Read more

“I know I gave it a bloody good shot,” said Peter Jo on the closing of his Korean fine-diner Restaurant Shik. A little over a year after it opened, the restaurant which raised the bar for Korean cooking in Australia had closed its doors. Jo elaborated on the decision to close in a frank conversation at Worksmith later in the year.

7. How I Melbourne: Gary Mehigan

The grocers of Victoria Street in Richmond, a skilled pâtissier in Malvern and Bar Lui at the top of the Rialto rank highly on the Melbourne hit-list of this former MasterChef host. Read more

Julie Davaine had some stiff competition for the Hostplus Hospitality Scholarship in 2019. Among the five finalists for the prize were a restaurant owner under 30, a fifth-generation butcher and one of Australia’s most accomplished young chefs. But Davaine’s ambition to create hospitality careers that support and sustain people stood apart. As the winner of the prize, next year she’ll set out on a worldwide tour to see how others are creating work environments for the future. Read more 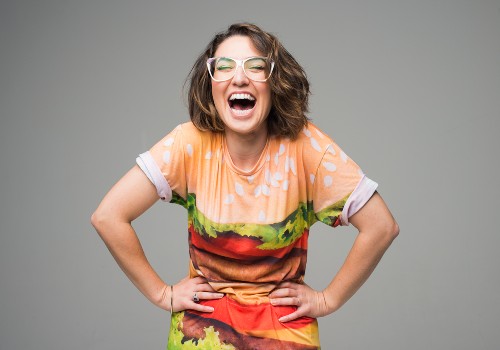 9. How I Melbourne: Dr Sandro Demaio

Doctor, Netflix series star and CEO of VicHealth Sandro Demaio likes to hit Preston Market on the weekends, picnic in one of the city’s many gardens or hit up a favourite café on Smith Street where herb-packed salads are in strong supply. Read more

10. How I Melbourne: Marieke Hardy

Is it any surprise that the artistic director of Melbourne Writers Festival would love more venues around town to embrace book-toting solo diners? Read on for her other passions and regular haunts.

11. How I Melbourne: Alice Zaslavsky

“The most Melbourne food moment thing we’ve ever done was skip the queues, in the very early days of Chin Chin, by eating there on AFL Grand Final Day.” Food literacy advocate and all-round legend Alice Zaslavsky shares this and other dining pearls of wisdom in her Q&A. Read more

It’s hard to find a better venue to put under the microscope for Decoding, our series that delves into the stories behind Melbourne’s dining rooms. France-Soir has been in business for 33 years, outliving countless fads in dining and interior design. Owner Jean-Paul Prunetti spoke about how France-Soir’s look came to be. Read more 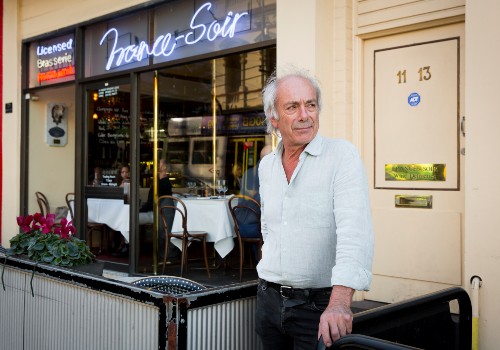 Attica’s wine director Jane Lopes released her first book this year, Vignette. To mark the occasion she let us in on a few insider tips including a bargain riesling made in western Victoria and her favourite cellar door. Read more

14. How I Melbourne: Khanh Nguyen

Sunda’s young chef Khanh Nguyen has made a strong impression on Melbourne since arriving from Sydney to head up one of the city’s hottest restaurants. So we asked him to tell us which venues and dishes have likewise impressed him. Read more

The incoming chef at Neptune wine bar in Windsor shared his plans for taking seasonal Victorian produce and giving it a coastal Italian treatment, in dishes such as spanner crab and saltbush spaghetti. Read more

16. How I Melbourne: Julia Busuttil Nishimura

The chef and author of Ostro talks about splurging on lunch at Cutler & Co when she was a student, the beauty of a simple breakfast and her first stop on the way home from the airport. Read more

With the opening of Bodriggy Brewing Co, Johny Dominguez found a platform to share his passion for the food of Latin America, whether that’s anticuchos de corazón, Argentinean short-rib or ceviche. Read more 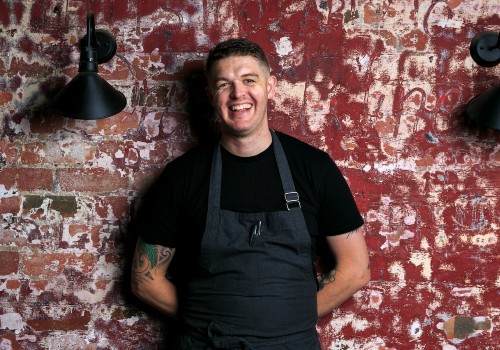 Charlie Watson, the chef who was part of the opening team at Scott Pickett's Italian restaurant Lupo talked us through his menu highlights, from ‘nduja added to everything to barrel-aged Negronis. Read more

We were more than a little excited to launch our first podcast. Turns out you were, too. The podcast rocketed into the food and wine charts on Apple Podcasts and stayed there for several weeks, as listeners soaked up conversations about creativity, sobriety, sustainability and more between some of the food world’s most exciting voices. Read more

Hearty Italian fare has a big place in the hearts of Melbourne diners. And this recipe is further proof. Taken from Scott Pickett’s cookbook Marriage of Flavours, it was our top-ranking recipe of 2019. Read more