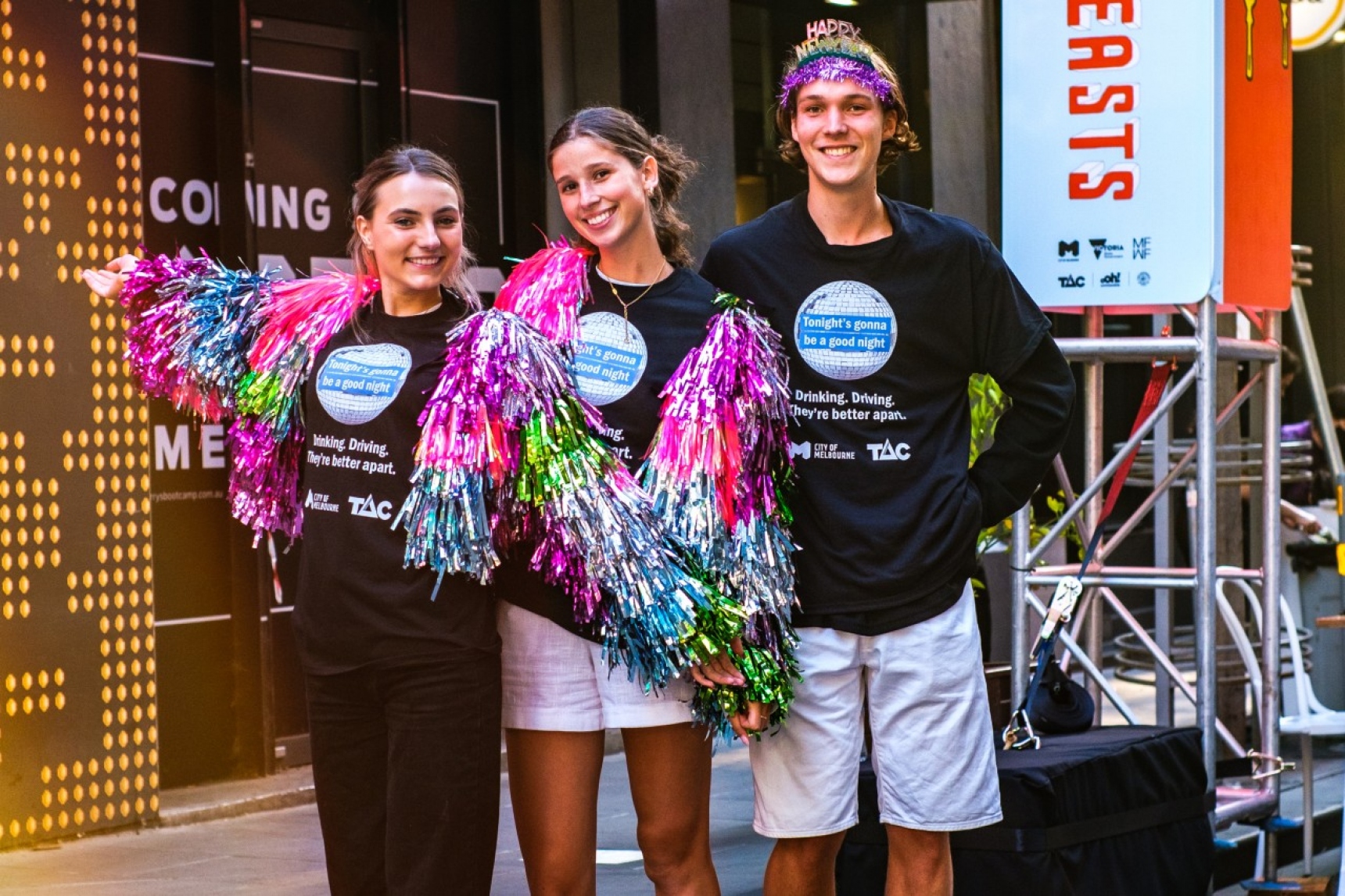 It was the street’s turn to shine, as tables, chairs and happy Melburnians took over the laneways and roads of the CBD and surrounds for New Year Street Feasts.

Saying goodbye to 2020 wasn’t a hard ask, but deciding what kind of celebration befit the year was a little trickier. At Melbourne Food & Wine Festival, we were eager to get back into the city and pay a visit to our favourite restaurants. To make it even easier for diners to get a table on the busiest night of the year, we partnered up with City of Melbourne and the State Government to create 11 outdoor dining precincts and add thousands more seats.

New Year Street Feasts saw 9,000 diners flock to the CBD, Domain Road and Docklands, pulling up seats for baskets of dumplings, plates of pasta, dry-aged steak, Mexican snacks and much, much more.

The city’s leading operators put on a show, with special themed menus for the night at the likes of Flower Drum, which created a Hong Kong street-food feast, Hazel, which went in for 1970s party food, and Hardware Club, serving traditional Italian New Year dishes. Champagne was the drink of choice, of course, but there were also cocktails aplenty, Grainshaker vodka served neat with caviar, and a range of Victorian wines being poured.

On the street, the scene was one of French Riviera-style stripes, the glow of neon, bouquets of fresh flowers and bedazzled TAC staff helping people get home safely without drinking and driving, while restaurants had free rein of the streets, from Flinders Lane to Russell Street, Lonsdale Street and beyond. Meanwhile, a soundtrack featuring Client Liaison, Kaiit, Cut Copy DJs and Alice Ivy was playing all over the city so that everyone felt like they were at the same party.

Venues were also open both New Year’s Eve and New Year’s Day, offering celebrations to suit all budgets and tastes.

It was a brand-new event for the city, for Melbourne Food & Wine Festival, and for our citizens – but it was proof that, like most of this year, we can pull together as Melburnians and create something wonderful whatever the circumstances.