What to order at Lekker

Your inside word on the Lekker menu from chef Rob Kabboord.

Part Australian, part Dutch, Lekker is a reflection of the tastes, background and interests of Rob Kabboord, a Dutch-born chef who has spent 20 years in Australia – most of them hard at work in the kitchens of Australia’s finest restaurants. Lekker is far from Rob’s first rodeo in Melbourne dining; he moved here after his first stint at Sydney fine-diner Quay, working with his wife, front-of-house Bronwyn Kabboord (now a welcome sight working the floor at Du Fermier), at Prahran’s Max Hotel, The Montague in South Melbourne and Merricote, the restaurant they opened in 2011. Quay chef Peter Gilmore then lured Rob back to Sydney for what turned out to be a four-year stint as chef de cuisine.

Now Rob is back on the pans in Melbourne but – to use an overused phrase, he’s here for a good time rather than a long time. Lekker is a pop-up at the Hotel Windsor, kicking off on 27 November 2019 and running to the end of March 2020. Beyond that? Time will tell. Get into it and get your taste in the meantime. Here’s where Rob thinks you might like to start.

How about a drink?

We’ve got a sharp but very user-friendly drinks list here, from Gimlets and Hanky Pankies to some delicious food-oriented beers from near and far, and a short but diverse wine offering. Ask our resident wine-slinger for the “Nijntje Wijntje” book (Nijntje being the Dutch name Dick Bruna originally gave Miffy, the cartoon rabbit) for some off-list action and treasures.

I’m also here for a good time not a long time.

How about some oysters naturel or with chardonnay granita? They’d go nicely with bubbles: Patrice Colin’s “Perles Grises", a rosé pet-nat pineau d’aunis from the Loire, perhaps? Still peckish? Try a glass of l’Apostrophe rosé from Provence with an order of the clam and corn from the snack menu. If you’re after a beer (and this is territory I am personally very familiar with) we have the Boatrocker Alpha Queen with bitterballen, the ultimate Dutch beer snack. There is also much to be said for stepping in for a glass of sherry with the ham made by Oakwood in Castlemaine (from acorn-fed pigs no less), and then off to the theatre.

Got anything light and fresh?

We’re very seasonal in the kitchen at Lekker, so as we head into summer, light and fresh is where a lot of the menu lands. The smoked-salmon cigars and the kingfish roulade with wakame, frisée and tarragon on the set menu are great examples.

I like tasty food but I don’t eat animals.

We pride ourselves on cooking and caring for diners with dietary requirements. Let us know in advance: the entire menu can be prepared and adapted into most requirements with a little notice. If you’re just popping in for a snack, I think you’ll like the Dutch carrot salad with almond and Sherry.

Name the dish that is quintessentially Lekker.

That’s “dat is kaas voor ieder”. Inspired by the famed cheese trolley from Merricote, it’s festival of puffed potato, fresh herbs, bual Madeira and washed-rind cheese. It’s as Lekker as it gets.

Order some oysters and Champagne, then take a seat and settle in for the full menu (with cheese, of course) and get our resident wine-slinger to match drinks, wine or beer to each course, by the glass or bottle. Or, better still, ask for the Miffy list and let the cartoon rabbit do the thinking.

A Dramjettini. We take a Dramjet, a Boatrocker Brewery Ramjet beer that’s been fortified with Starward whisky to somewhere in the region of 18% ABV, and shake it over ice with a shot of coffee and a little beer de vie. Served with cherries and dark chocolate in our loose take on the Black Forest, it’s a match made in heaven. 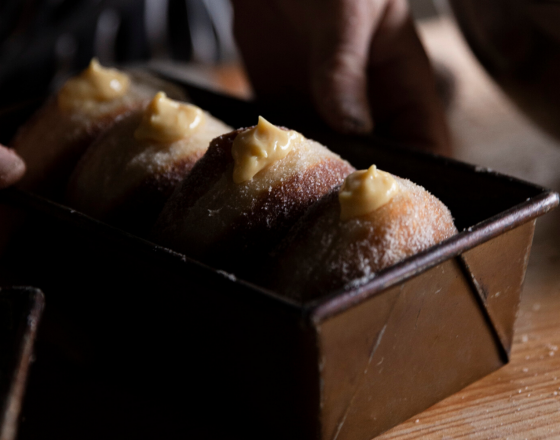 What to order at Dairy Flat Farm

What to order at Lagoon Dining 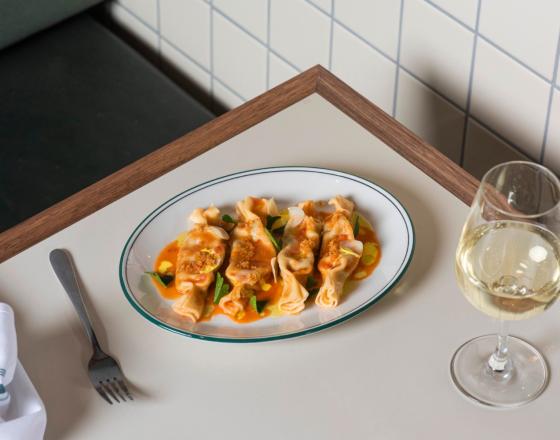 What to order at The Hardware Club