Your guide to eating the AFL Grand Final 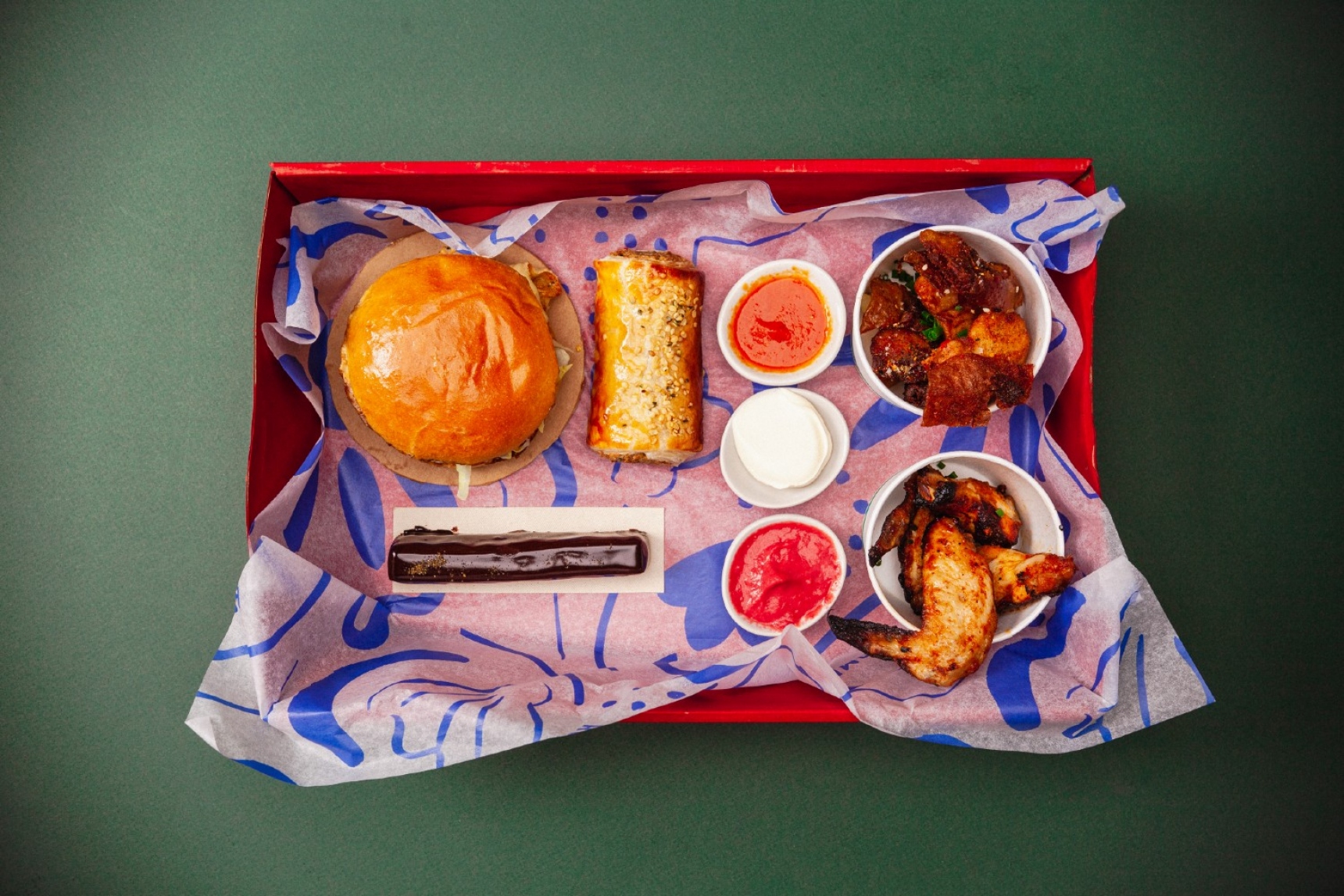 No MCG? No worries. Make your couch the best seat in the house with these grand final feasts.

While we can’t make it to the footy this year, these grand final feeds will make it a party to remember. Be sure to get your orders in before kick off on Saturday 25 September.

Do you want to take your grand final celebration to the next level and win a year’s supply of beer for you and one mate thanks to our friends at Brick Lane? Head on over to the MFWF Instagram to enter. T&Cs apply.

Romu has the goods with a finish-at-home footy pack that will leave you smiling no matter which team takes the cup. For $50 you’ll get grilled chicken wings, a pork belly confit sausage roll, wagyu beef burger with all the trimmings, twice-cooked potatoes and a KitKat-inspired chocolate bar for dessert.

Brick Lane has just the pack for your footy finals viewing. In addition to a mixed case of beers - Brick Lane’s signature pale ale, draught and lagers - you’ll get a stubby holder to keep them cold and a pack of peanut butter pretzels from the Queen Vic Market’s Syvia’s Delicatessen for all your half-time snacking needs. 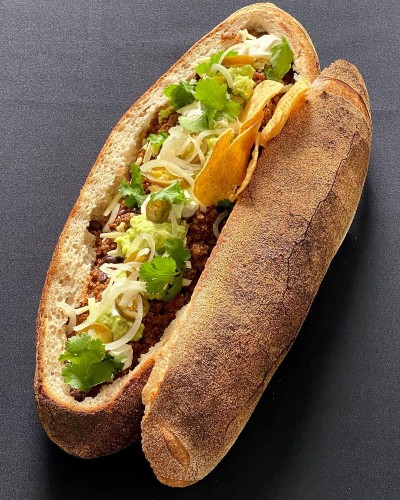 Attica’s nacho footy loaf - a hollowed-out loaf filled with a rich beef and black bean chilli, two kinds of sour cream, corn chips and all the toppings you can imagine - is the perfect party starter for the hungry footy fans at your place. To round it out, add a six pack of Attica’s Bliss Beer cans for $35. Owner Ben Shewry says, “This is my favourite Attica At Home dish - a complete riot of deliciousness and flavour!”

Graze your way through this year’s game with a grand final pack from The Prince and Little Prince Wine. The pack includes mini prawn cocktail rolls, sausage rolls, spiced meatballs with tomato sugo, bread and dips and assorted charcuterie. Throw in a bottle of wine, cocktail or six pack for the ultimate footy celebration. 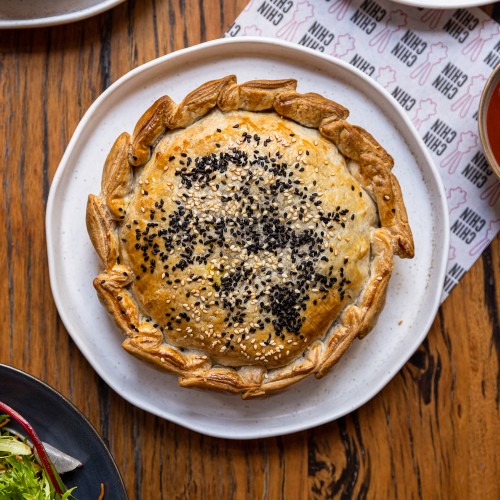 In celebration of grand final weekend Chin Chin takes on the pie brief. The Chin Chin Footy Fever Pack features a choice of family pie - beef rendang, butter chicken or yellow vegetable curry - a slab of chocolate brownie, a Coopers four pack and an official AFL 2021 Grand Final Record. Enough to serve four, this pack will have you forgetting your longing for the ‘G.

Easey’s and The Emerson have teamed up to bring the stadium experience to your home. This Footy Finals Pack has all your snacking favourites: hot chips, dimmies and potato cakes, and a beer or cider to wash it down with. Half-time is sorted with an Easey’s cheeseburger and Waldo’s Espresso Martini, and hot jam doughnuts deliver a sweet finish. You’ll also receive a Furphy beanie and stubby holder to round it all out. 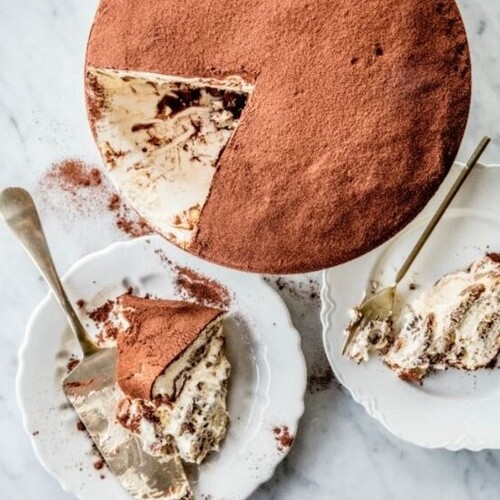 The Grossi A Casa team invites you to bring a touch of Italy to your footy celebrations. You’ll enjoy a selection of cured meats and salami, caponata, a beef and porcini family pie and tiramisu, with half-time snacking on fava bean dip and spinach and ricotta panzerotti.

The Spread Eagle Hotel has all of your food and drink needs covered this grand final day. This Grand Final Day Pack includes hot dogs, party pies, sausage rolls, potato cakes and Korean fried chicken. To drink, you’ll receive a 1-litre growler of Moon Dog Lager with an option to add on more beers, wines and cocktails from the bar. 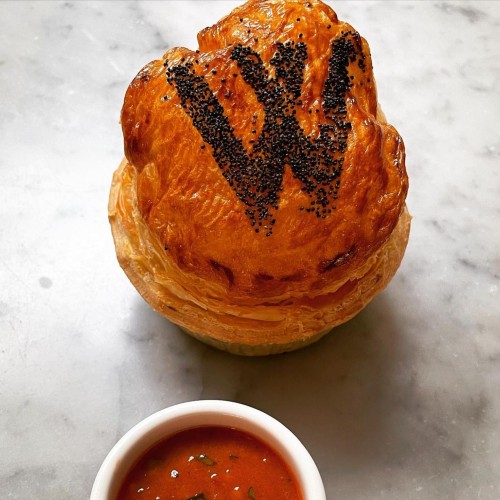 Dani Valent has been collaborating with some of Melbourne’s best eateries in the Cooks and Chefs Series, curating an impressive range of pies each week throughout footy finals. For the final week of Friday Pie Day, all the teams are back for one final match - Cobb Lane, Smith & Deli, Pie Thief, Falco Bakery and more. Get in quick, orders close Tuesday 21 September.

East Brunswick's Teller has their own loaded loaf for grand final. Filled with cheesy fondue or chilli beef and beans, this loaf will comfortably feed two hungry footy supporters. You'll also receive a 1.89L growler or a three pack of 750ml longnecks of your choice from Teller's lineup of tap beers. If you're extra thirsty, why not add a Teller @ Home cocktail to your order?

Bar Josephine has been laying low of late, but the call of the siren has raised them to their feet and they are opening their doors for takeaway tipples as they cheer for the Bulldogs on grand final day. Footscray locals can visit the craft beer bar between 1-4pm for a cheeky tap beer or can to go. Come and say hi. 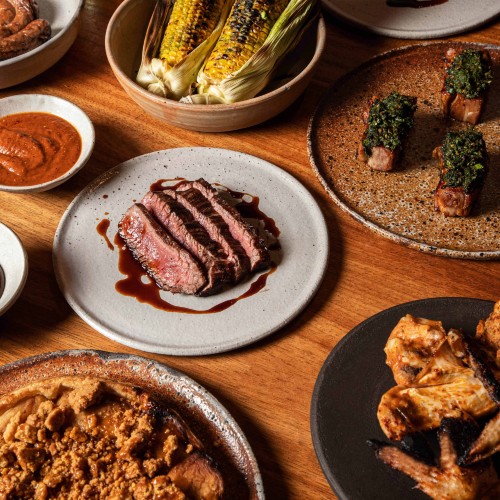 Matilda 159 Domain has done the hard work for you this grand final and put together the perfect barbecue kit; all you need to do is to fire up the grill. With chicken wings, duck sausage rolls, a spiral sausage, wagyu beef skewers, presse of lamb fingers, corn on the cob, potato salad and an apple pie for dessert, there’s more than enough to keep you going throughout the game (and after).

Stomping Ground has your snacks covered when you order your grand final booze: every 24 pack of Gipps St Pale Ale, Laneway Lager, Hop Stomper IPA or a Stripes Mixed 24 case comes with a bag of Cobs popcorn, La Tortilleria corn chips, and a box of Charlie’s Fine Food Bikkie Bites. 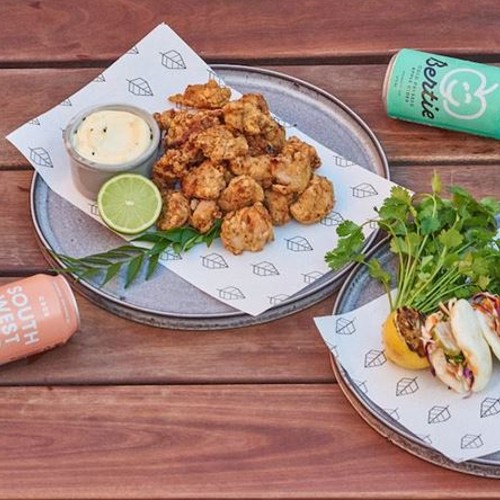 Urban Foodies has grand final eats sorted with its snack plates. From classic party pies and sausage rolls to chicken karaage and empanadas, the team has all tastebuds covered. Packs start from $66 and come with the optional upgrade of a slab of Colonial beers. Let the party begin.

Estelle has a special luxe barbecue pack for grand final day. Each pack serves two and contains housemade sausage rolls, a 500-gram dry-aged rib eye plus a couple of snags for the barbie and sides. Optional add ons include a half-dozen Merimbula oysters, beer and wine.

By Jonathan Sasson and Claire Adey 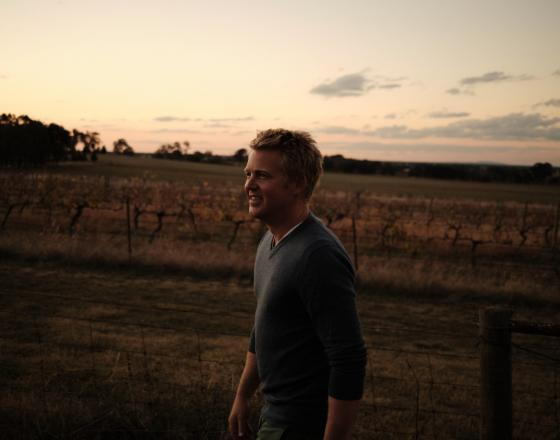 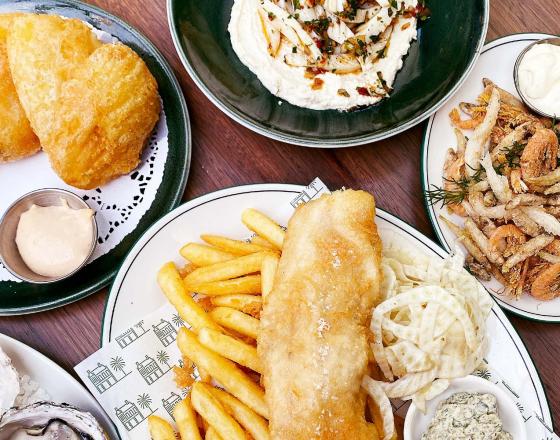 What to order at Teller 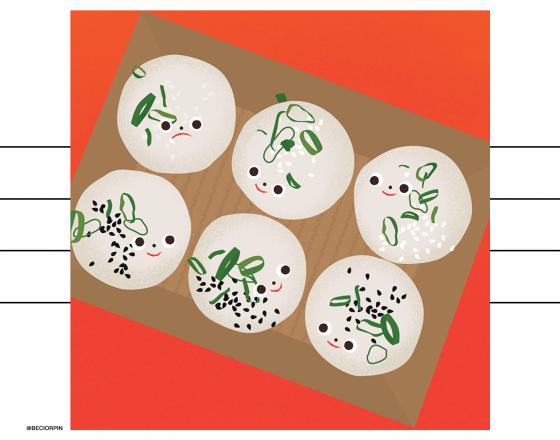