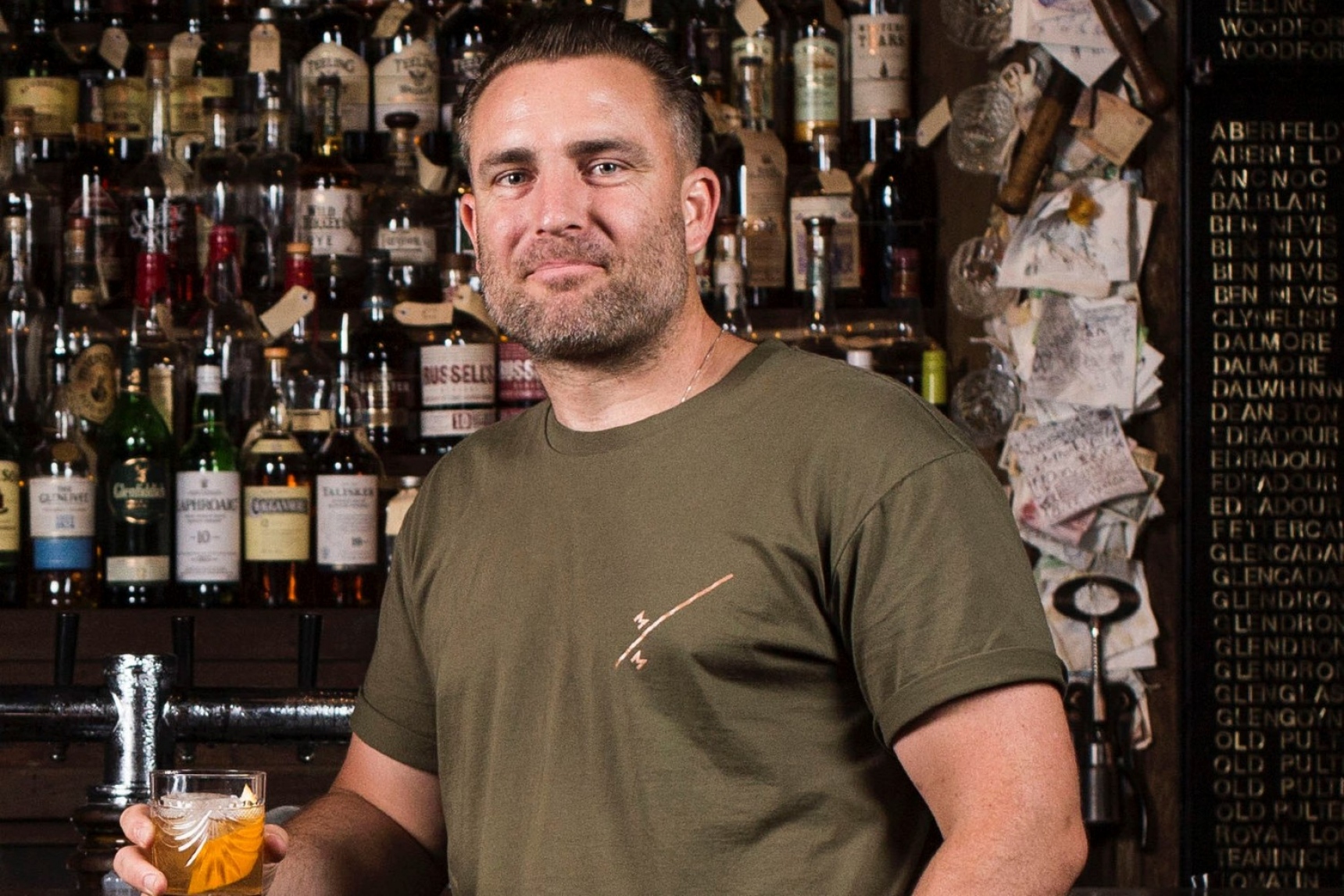 Andrew Fitzgerald is a rye whiskey fanatic. In 2015, he left his engineering job to pursue his passion for distilling, teaming up with long-time friend and former coworker, Ben Bowles. The two built their first distillery using salvaged dairy equipment and repurposed rainwater tanks, and got to work on their first release, Melbourne Moonshine, which focused on the traditional spirits of the American South, where Bowles grew up. The long game, however, was whiskey. In late 2018, they commenced the construction of a new distillery in Brunswick dedicated to one thing: rye whiskey. In 2019 The Gospel, a 100 per cent Australian rye that reimagines the original American spirit, was launched. Today Fitzgerald’s focus is ensuring the whiskey lives up to his aspirations of it being the perfect representation of an Australian rye.

The last three delicious things I drank were our Tawny Cask Project, which we’ve just released. We take maturation very seriously and by working my way through the varying barrel types and even the position of the barrel in the racks (up high gets more heat, for example, I really get to hone the focus of the distillery and type of whiskey we want to produce. Occasionally we also stumble across some inexplicably amazing barrels, often released as single-cask bottles. I also had a cracking Beaujolais from Les Bertrand and a very smashable XPA from Capital Brewing in Canberra. They round out the trifecta of recent drink musings.

As far as I’m concerned, the defining place to get a drink in Victoria is… it really depends on what I’m looking for, but Black Pearl always gets a mention because out of all the great bars in Melbourne, it’s been the most consistent. Eighteen years is a long time in bar years! I also love a beer and a shot at Heartbreaker in the city and I have been known to frequent Hats & Tatts in South Melbourne. It used to serve as our office when we were located just down the road. But if I was to take an out-of-towner to see the best of the best, Byrdi would be the place I’d go.

My favourite place to buy booze is Mr West in Footscray, The Great Beyond in Coburg or Williamstown Fine Wines, depending on whether I’m at the distillery, on my way home or home already. I like to go to bottle shops where the people working there have hand-selected the range; it shows care and depth of knowledge. I also love doing trades with other producers – whiskey for beer, wine or other spirits. The barter system really works when you have a distillery.

When someone hands me a wine list in a restaurant, I’d typically lean towards a gamay, but I’ve also become partial to a slightly chilled, lighter-style pinot noir. If in doubt I ask the sommelier – they’re often more educated than I’ll ever be.

The Victorian spirit I’m digging the most right now is… there are so many great ones out there to choose from. I love Starward Whisky and if I’m not drinking our own Straight Rye, I reach for whatever Starward I have in the liquor cabinet. I also love all that Marionette do. I’ve seen the process they go through to make their liqueurs and I’m blown away by it. Their cassis is Ribena for adults and, I think, a must-have in the liquor cabinet.

There’s no better value on a wine list or in a bottle-shop in this state than Little Reddie’s Super Juice. It’s made from nebbiolo grown near Heathcote and it’s so bright and vibrant, it’s perfect for when the weather starts to warm.

I’d love to see us doing more farmer-to-bottle collaborations in Victoria, especially in whiskey because I’ve seen first-hand what knowing the land, the weather and the people that grow the grain we put into our whiskey can do for the final product. Working directly with farmers through The Gospel allows us not only to have a better understanding of the grain and better control of the quality, but it also allows us to make sure the farmer gets a decent price for his harvest. I’d also love to see better use of urban spaces for growing the products that form the basis of our drinks. There’s a great opportunity to do this with gin botanicals. Rooftop gardens, backyards and council plantings can all be sources of botanicals.

My guilty pleasure at the bar is Jameson Irish Whiskey. As somebody that takes whiskey very seriously, I sometimes cop a bit of flack for drinking Jameson. But it's a great choice for when you don’t want to over-think things. Give me a shot of Jameson and a pint of crisp lager and I couldn’t be happier.

The best or most important change to the way we drink in Victoria in recent years has been taking drinking more seriously. Making it about flavours and experience, not just the alcohol.

For me, the most inspiring person in the Victorian drinks world is Dave Vitale, the founder of Starward. He’s the trail-blazer for Australian whiskey and there is no better person to do it than him.

Take a look at The Gospel’s range, including their latest project, The Tawny Cask release, at thegospelwhiskey.com, and keep up with the latest goings-on at @thegospelwhiskey. 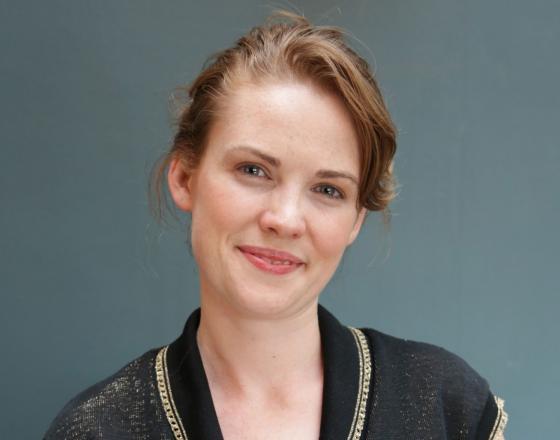 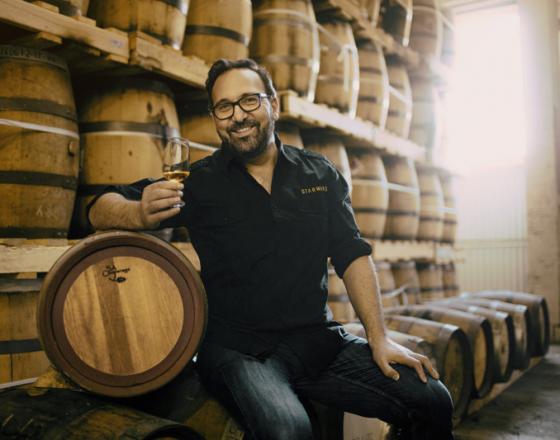 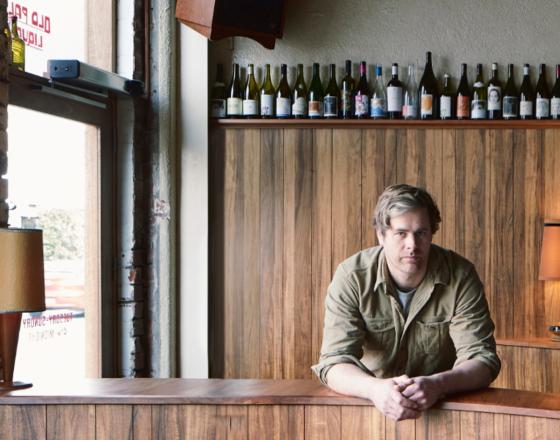