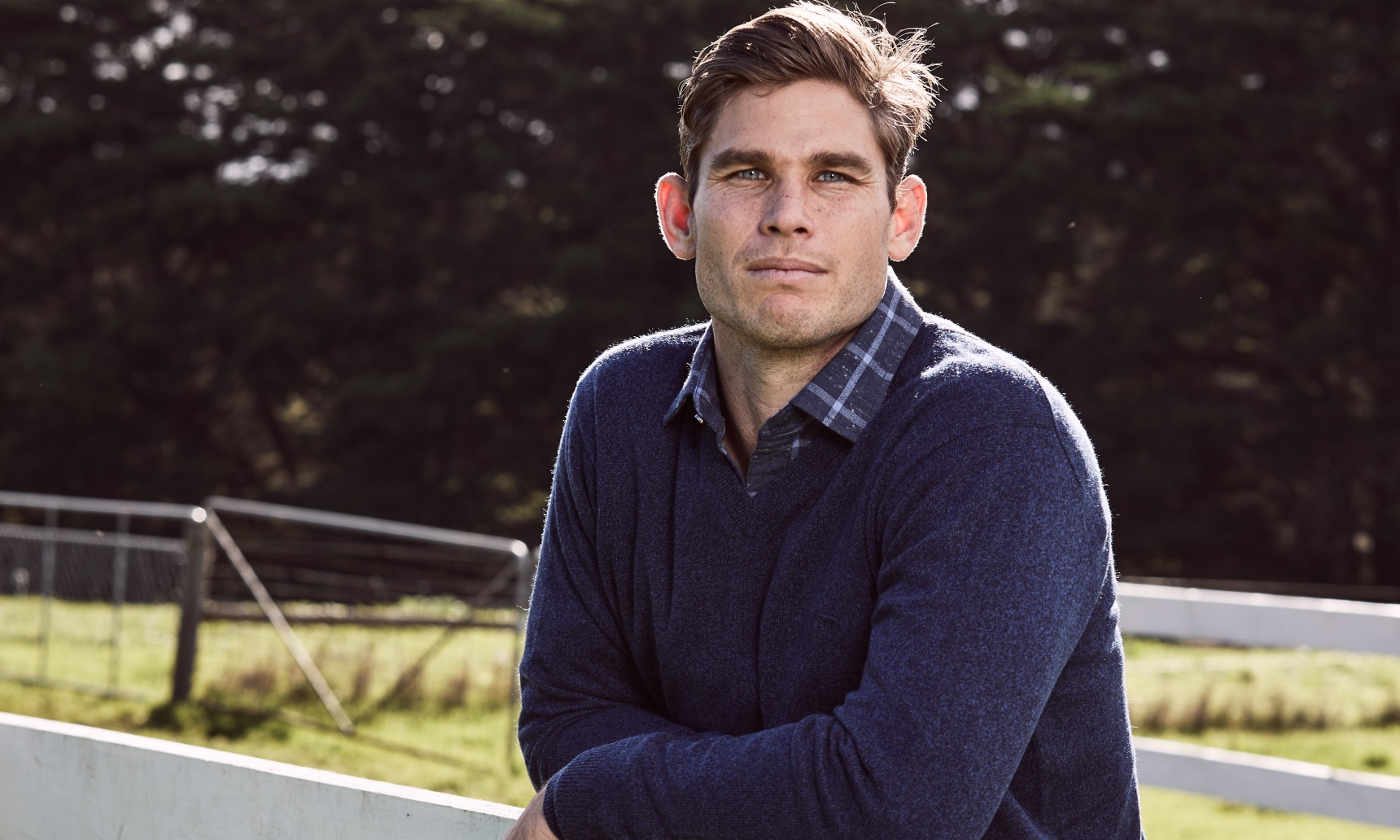 If there’s anyone who can give you a local’s guide to Geelong, it’s the Cats’ star goal-kicker Tom Hawkins, a resident of 13 years' standing and with a history that stretches back even further. Hawkins’ dad Jack played for the Geelong Football Club in the 1970s and the younger Hawkins has fond memories of school holidays spent visiting his grandparents in the port town. Today, you’ll catch Tomahawk – an apt nickname for this steak-loving footballer – with his partner Emma and two young daughters at one of the many cafes in Geelong West or squeezing in another run along his favourite riverside track.

My first big food moment in Geelong was when we came here to see my grandparents, we’d always have fish and chips on the waterfront. That was 25 years ago I reckon. We’d sit on the grass by Cunningham Pier and we always went to the same fish and chip shop, an old one in a boatshed to the left of the pier. I still remember that sort of stuff today.

I know I’m in Geelong when I see the Kardinia Park precinct lit up at night. It’s a beautiful view as you come over the Highton hills with the bay in the background, but it’s the lights that grab me. We don’t have big buildings in Geelong but at night those four light towers look sensational.

The best new thing I’ve found are the running and walking tracks along the Barwon River. Emma and I reckon it’s a really underrated place in Geelong. The tracks run along both sides of the river and you can cross the river at various stages. I often find in the off season, when I’m training to maintain my fitness, I’ll meet some team mates along the river and we’ll do one of the 5- or 10-kilometre loops. It’s also beautiful in winter because it’s quite protected when the weather’s ordinary.

When I want to push the boat out on a meal, I go to Igni. Emma and I love going out to nice restaurants and we love that place. The portions are a really good size, they aren’t funky like they can be at some other restaurants and they feel like they’re simple dishes. If we wanted so splash out or we had friends down, we’d take them there for sure.

There’s no better value in Geelong than one of the family-run corner stores that have been there for 50 or 60 years. There’s still a few, like Munchies on Aphrasia, and they’ve got these great hot schnitzel rolls. Otherwise, a steak at one of the pubs in town is a bargain. I love eating steak when I go out. I flirt a little bit with changing but I love it. I have it medium-rare, I definitely get chips and generally a side salad or broccoli, too. I always have hot English mustard and horseradish on the side.

And when I want to dazzle friends from out of town, I like to take them to the pubs in Geelong. We’re known for our pub culture. They’re usually beautiful brick buildings that have got fireplaces and they’re really well set out. I take people to The Diggers – it’s got old club photos of Newtown Footy Club – or the Sawyer’s Arms. We call it Clat’s because the Clatworthy family have run it for years. That’s what my parents would call it. It’s a really cool little place: it’s cosy and there’s a fireplace. Another place to go is Centra or Little Creatures down near the river The other place that we take our friends is Little Malop Street and James Street in town. It’s a little pocket of Geelong where there’s a steakhouse, a really nice wine bar and lots of other cool spots.

In the mornings you’ll find me drinking coffee. I’ll make one at home on our coffee machine using Geelong West Social Club’s beans, then I’ll get a take away from there or Born and Bred in town. Geelong West Social Club do coffee and a select menu, and they’ve got beautiful sandwiches. I’ll get the girls ready, give Emma a bit of a sleep-in because she’s usually done the night shift with the kids, and then call in to the cafe.

Before a match, I always eat some protein and vegies. I used to have more of a ritual but I’m a bit more laidback now. For years I’d have spaghetti Bolognese the night before a game, whether I’d make it or buy it, but now I have a bit more protein, whether it’s steak and salad or steak and vegetables.

My local is the Inverleigh Pub, if we’re talking about the nearest place to go. Living out of town, we’re a little bit further from everything. But on the weekend when we’ve got time, we love to go to Moriac, a little township of maybe 500 people, that’s got a corner store and the Ravens Creek farm and café, which is good for kids. Mount Duneed winery is also close, or Clyde Park in Bannockburn. If it fits in our program, we’re usually looking for something other than being in town.

If I could change one thing about eating and drinking here it would be seeing Geelong people a bit more open to going out and supporting local cafes, restaurants and wineries. There are nice affordable places so we should access the great things Geelong has to offer. The Geelong culture can be to stay inside midweek and then go to these places on the weekend, so I think it’s been quite hard for some businesses to adapt to Geelong if they’ve come from outside the area. With the power of social media, it might just be you posting about one of these places, no matter who you are. Whether you’ve got 100 followers or 100,000 followers, if your friends and family see you somewhere, it’ll only encourage them.

But the one thing I hope never changes in Geelong is the pubs.I feel like I’ve mentioned them a lot but I love them. It’s my background: I come from a rural area, so pubs resonate with me. Don’t get me wrong, I love eating out at nice places, but in winter, if the steak’s nice at the pub, I just think there’s no better place to be.