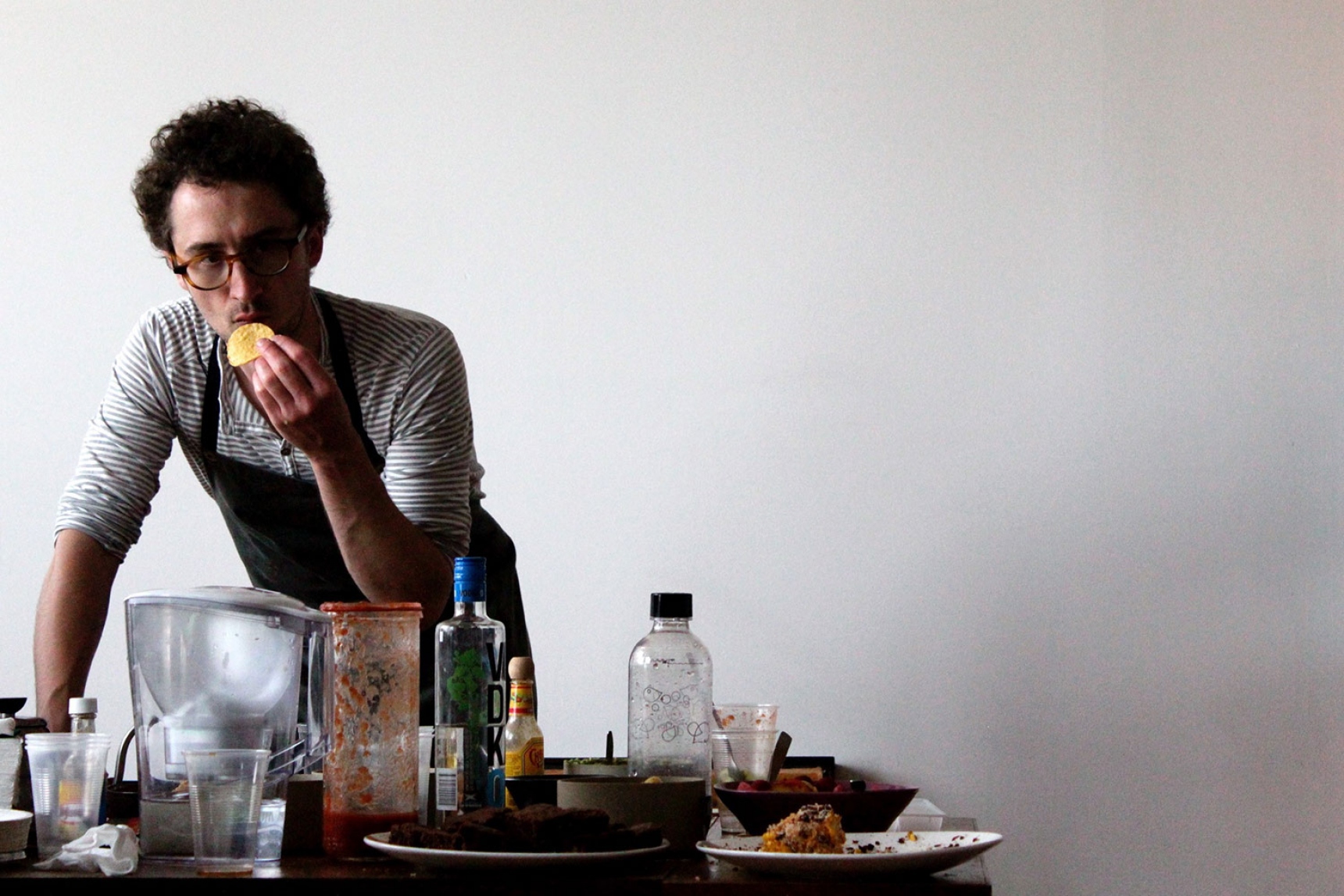 Huw Murdoch got his start in hospitality as a uni student in 2001, bussing tables at the Belgian Beer Cafe. "For a long time hospitality was a way to pay the rent while I was at uni and then to support an attempted career in music,” he says, "but at some point I realised that the work suited me". Working for six years at the now greatly missed Market Lane Coffee on Therry Street at the Queen Victoria Market was a turning point, allowing him to develop his skills as a barista, but it also brought home the realisation that he "didn’t have a lot to offer in that space that wasn’t already being done well by Market Lane or Patricia" or other coffee-only venues.

Then he fell in love with baking. Seeing that Brunswick had relatively few bakeries, he envisaged somewhere that could be a meeting place for the community rather than "some big wholesale operation that has people working through the night". Wild Life opened in 2017 an old mechanics’ workshop in Brunswick East on Albert Street, a stone’s throw from Fleming Park.

Murdoch pulls no punches about his qualifications, or about what it took to make his dream a reality: "I’m not a bread obsessive who toured Europe getting inspiration or honing my craft or anything like that," he says. "And like many other café- and restaurant-owners, I was only able to afford to build such a place because I have rich parents," he says. He’s just as frank, too, about what he does and doesn’t like about eating and drinking in Melbourne.

My defining food moment in Melbourne was the roast beef sandwich I used to get from Babka as a teenager, 25 years ago. I think Babka, and the bakeries its former employees went on to open, introduced a lot of people in Melbourne to good bread. And given I ended up opening a bakery, I can't think of a more defining food experience. I've been vegetarian for 20 years now, but I can taste that roast beef sandwich again now as I write this.

I know I’m in Melbourne when I am home with my cat, Miso. I miss him even when I go away for a night.

The best new thing I’ve found is biang biang noodles. About a year ago, Ixta Belfrage (a member of the Ottolenghi test kitchen) posted a series of Instagram Stories with her recipe for these thick, hand-made noodles that get slapped on the bench to stretch them out, served with chilli oil and soy. I was hesitant to try them at first as they seemed like a bit too much effort, but they turned out to be surprisingly easy to make. My partner and I have to stop ourselves from eating them several nights a week now.

When I want to go crazy on a meal, Idecide to make something at home that is really impractical, and can be bought a lot more cheaply from a professional. A few years ago, I decided to try to make croissants at home. (Spoiler alert: don't do it!). They turned out fine, but by the time I was finished baking them I wanted to throw them all off my balcony and go to sleep. The last time I made ramen, I decided to make my own noodles, just to make myself suffer. They tasted good, but I think ramen, like a croissant, is probably best enjoyed when it's made by someone else.

There’s no better value in Melbourne than A1 Bakery on Sydney Road when you want something tasty for a couple of bucks. But I can't stay away from Very Good Falafel, a few doors down. Every time I eat there I'm shocked – and a little jealous – at how little they charge for such great food. The salad plate is the obvious order, but I also love the sabih with deep-fried eggplant and potato.

And when I want to dazzle friends from out of town, I like to take them to Dainty Sichuan in South Yarra. Everyone gets the eggplant, for good reason, and I love the simple-but-addictive tofu and chives. The experience is even better for the meat eaters who can share a huge bowl of something in bubbling oil and chillies. But it depends on where someone is visiting from, doesn't it? At this point in my life, taking people on a walk along Merri Creek would be more exciting for most of my friends than showing them a fancy restaurant. I also don't have a lot of friends who are into fine dining, so the only way I'm convincing anyone to go to Flinders Lane with me is if I offer to pay for the whole thing.

In the mornings you’ll find me at my bakery, either pretending to help with the bread-baking, making coffee out the front, or sitting at my computer doing all the fake work that business owners do. If my partner and I happen to have a day off together, we'll usually just be at home, having a filter coffee and playing Nintendo.

The most underrated thing in town is the light on a late summer evening, hitting the red brick and terrace houses, when the sky is an intense rich blue, and everything feels a bit still. It's only underrated because it could never really be rated highly enough. Going on more walks around the neighbourhood is one thing we can and should carry over from last year.

If you looked in my fridge, you might be surprised to find that it has just as many gross old vegetables as yours does. Also, I usually have some ya cai, which are preserved mustard greens used in a lot of Sichuan cooking. I don't think I keep anything in my fridge that would shock anyone though; I don't put my jeans in the freezer instead of washing them or anything.

The last awesome Victorian thing I drank was a big bottle of What The Farmhouse (WTF) from La Sirène on New Year's Eve. La Sirène make beautiful, juicy saisons that don’t go too crazy on the acidity, and I love being able to splash out on a Champagne-sized bottle on special occasions. I was also given a bottle of Solera Rye from The Gospel distillery in Brunswick from my employees as a birthday present; it's lovely neat as a little dessert drink.

My local is Juanita Peaches, because it's about 30 metres from my house. It’s exactly what I want out of a local. It's very casual, it has yum food that isn't trying to wow anyone, and you can go and have a beer and some fries after work, if that’s all you’re after.

If I could change one thing about eating and drinking here it would be the wage theft. There are plenty of things that I'd change, but that's the big one. It sickens me how bad this industry is when it comes to underpaying workers. And the fact that the people responsible still get to be celebrities, still get invited to industry events, still get celebrated in newspapers and magazines, and still get to act as industry leaders, all off the back of exploited labour. Justice for workers is long overdue.

But the one thing I hope never changes in Melbourne is the broad range of things that can be enjoyed here. People sometimes try to make the case that Melbourne is "the sporting/music/dining capital of the country/planet" and it's always nonsense. But the fact is this is a pretty good place to find a nice meal, to enjoy a game of football, to go to a film festival, to see a gig, to go for a walk in the park – for some of us. Honestly, I can't comfortably say there's anything about this city I wouldn't change, when I know how many people are locked out of engaging with any of Melbourne’s big selling points. Change it all, tear it down, give the land back to the people we stole it from, and leave people like me out of deciding what gets to happen next.

Wild Life Bakery is open Mon-Sun 7.30am-3pm at 90 Albert St, Brunswick East. Order ahead at shop.wildlifebakery.com and keep up with what’s baking at @wildlifebakery. 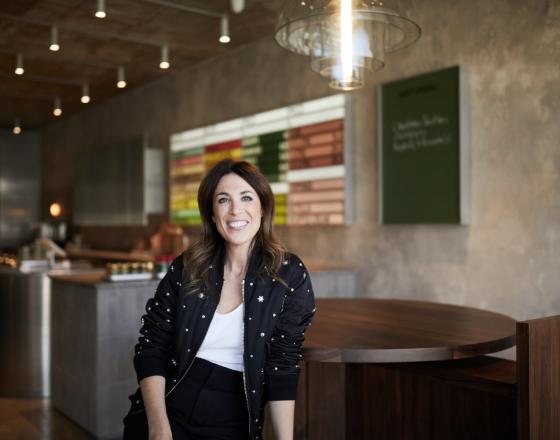 How I Melbourne: Sandra Foti 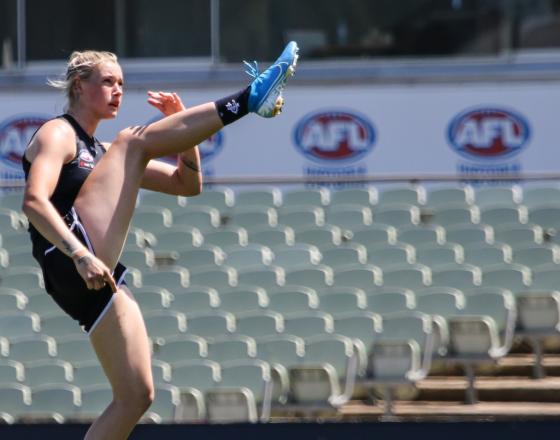 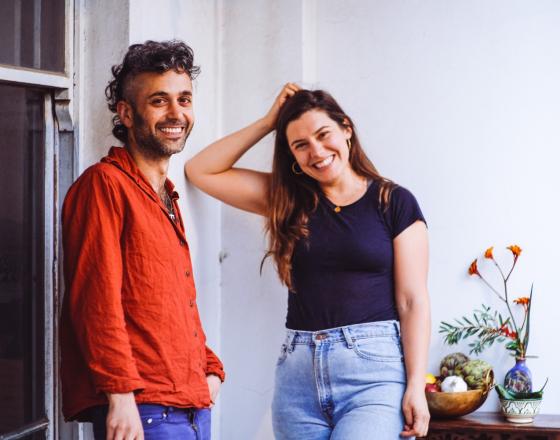 How I Melbourne: Louisa Allan and Shuki Rosenboim