How I Melbourne: Jacques Reymond 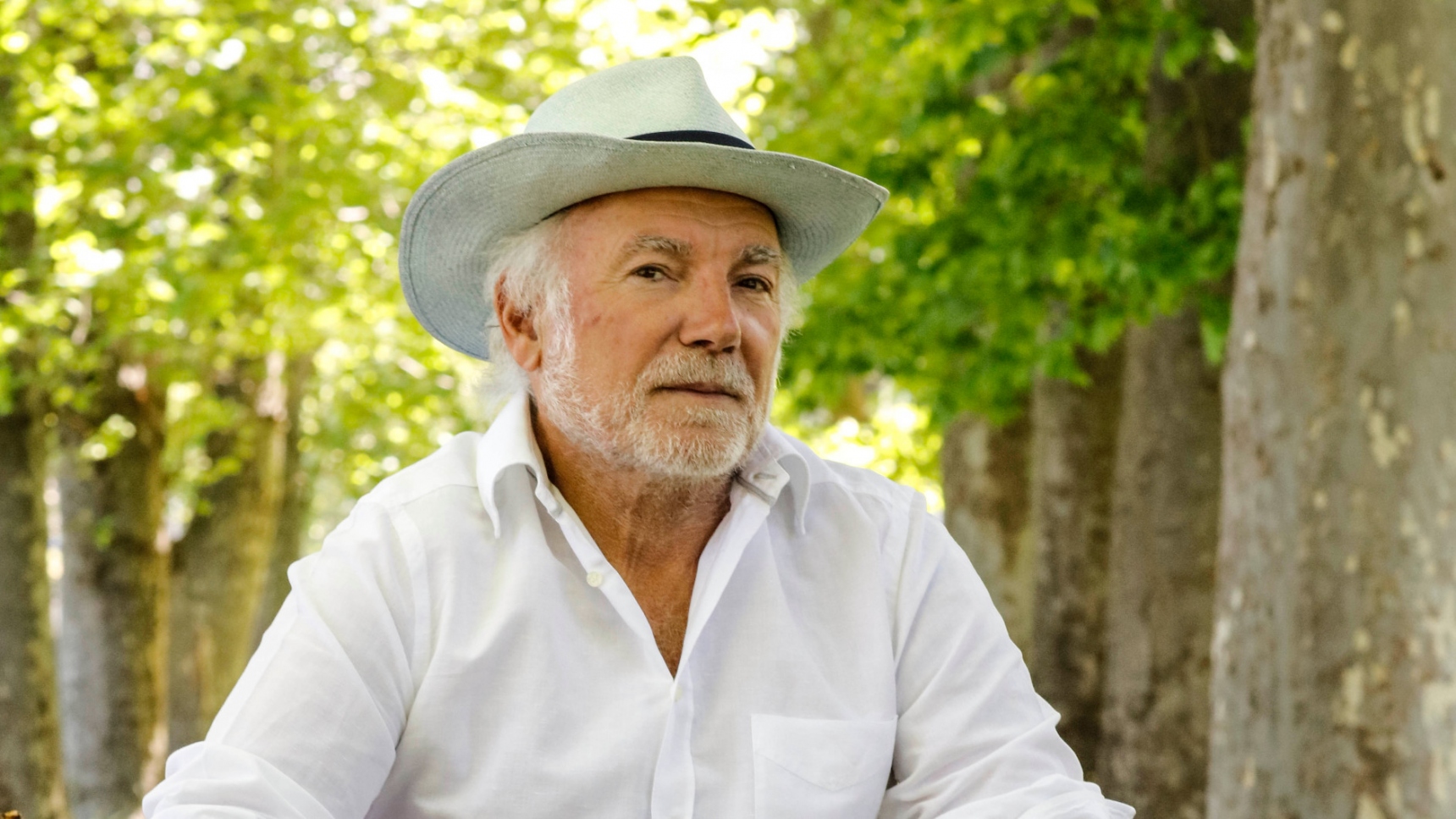 Born in Jura, in France’s east, Jacques Reymond has been cooking since age 11, and in his years in the kitchen he has picked up Michelin stars and many other accolades for his work in Europe and here in Australia, as well as introducing a new benchmark for fine-dining in our city. And he’s not done yet. While running a restaurant is no longer part of his job description, Jacques still cooks several times a week at one-off dinners and events and continues to explore his love of Asian cuisine in his kitchen at home. Alongside Stephanie Alexander and Philippe Mouchel, Jacques is part of our Melbourne masters line-up at the 2020 Bank of Melbourne World’s Longest Lunch; the lunch has sold out, but if you’re quick you can nab tickets to see the man in action and taste the magic at a dinner he’s doing with Palermo for a MFWF Special Event.

My first defining food moment in Melbourne was in 1983. That was when Gilbert Lau from Flower Drum took me to his kitchen and showed me how Chinese cooking was done. I’d been in Melbourne for just one month. It was the first time I saw people working with woks and flames, the first time I discovered Chinese technique. Since that day, I very much associate Melbourne with a strong Asian influence in the food. My cuisine has been very, very influenced by Asia. The only thing I kept in terms of my French cuisine was technique.

The best new thing I’ve found is… now that I’m retired and don’t work 16 hours a day anymore, I’ve enjoyed discovering the state of Victoria on my motorcycles. I’ve got five and I use them now much more than I ever had the opportunity to. It’s fantastic to discover all the small villages, small places to eat, visit the fantastic suppliers, see the wine country. I love to do this on the motorbike, out in the open air. Once or twice a week I go out. If I go for example to the High Country, I go for two or three days. I found this fantastic pub recently which is absolutely hidden between Falls Creek and Omeo and it was sensational. It’s called The Blue Duck Inn and it’s just in the middle of nowhere.

When I want to push the boat out on a meal, I’ll ask my friends or my guests what sort of food they like and take it from there. That’s the beauty of our city. If they say Italian or Asian or if they want to be on the beach, I’ll take them to the best example of that. I want to show them the best of my city.

There’s no better value in Melbourne than… I wouldn’t say that you can find exceptional value in Melbourne because food and drink is expensive in Australia. But the variety and the price of the seafood at Queen Victoria Market is quite exceptional. Our seafood is among the best in the world and still a reasonable price.

And when I want to dazzle friends from out of town, I like to take them to the south bank of the Yarra, where all the restaurants and bars are. They can drink and make some new friends, there are plenty of activities down there, and there’s always lots of people and buzz.

In the mornings you’ll find me exercising and walking my daily five kilometres along the beach.

If you looked in my fridge, you might be surprised to find a lot of fresh Asian ingredients, given my European background. I always have ginger, galangal, chilli, kaffir lime, lemongrass and coriander because that’s my style of cuisine at home.

The last awesome Victorian thing I drank was a very special bottle of pinot noir from Phil Jones at Bass Phillip: it was his reserve pinot noir. It was as good as any grand cru from Burgundy. I was making a blend of his wines, something we do together each year, and once we had finished blending the wine we opened the reserve pinot noir.

My local is L’Hotel Gitan because it’s very unique in terms of its generosity. You might see couples there, business people, families. They do a great steak and rôtissierie plus it’s very flexible and it’s affordable. When you walk into some places, there is a special feeling and L’Hotel Gitan has that.

March in Melbourne reminds me of the time of year when we start to get interesting products to work with in the kitchen. It’s the time when it’s the Melbourne Food & Wine Festival, it’s the time where the footy is starting again, the Formula 1 is on, everybody’s back [from summer holidays], and you’re back into the life of Melbourne again. March means the revival of the city.

The ingredients for a great long lunch are generosity, happiness and sharing. A long lunch starts at 11 in the morning in our family. We have some smoked salmon, foie gras, oysters, Champagne, then we sit down at the table at one o’clock, then we have the best of our cellars coming out – mostly chardonnay and pinot noir – and then we always provide some great products that we don’t eat on a weekly basis. We’ll make an effort to get some prawns or oysters, then usually have beautiful Peking duck. It smells fantastic and it’s so crisp. Then we have some cheese and a bit of a play, then we have the dessert. Then you look at the time and it’s seven o’clock and nobody has seen the time going. Every time we have a special celebration we do this.

If I could change one thing about eating and drinking here it would be very little. I’ve seen such an evolution in the food and the wine industry since 1983 when I arrived. Why should we change anything since we have such a great evolution? When I came here there was a very limited amount of products – good products – made here. Now we have fantastic products from great producers who really care about their land and produce. Winemakers when I came were all trying to copy European style. Now they have exceptional Australian style. I think just one thing I would change would be chefs concentrating a bit more on the main ingredients, rather than having 10 or 12 different ingredients in a dish. That’s maybe the only hiccup I find. In terms of the evolution, I don’t want that to stop because I think we’re just getting better and better.

But the one thing I hope never changes in Melbourne is the city’s love of sport. I’m a big sportsman, and I think it’s a unique city in the world where people are crazy about so many different sports. AFL, soccer, basketball, Formula 1, every type of sport. And everybody – the whole population – is so supportive. I hope that Melbourne will always be a very big sporting city.

See another side of Jacques Reymond at Argentinean Adventures, an MFWF dinner inspired by his recent trip to Buenos Aires, happening at Palermo on Thursday 19 March.