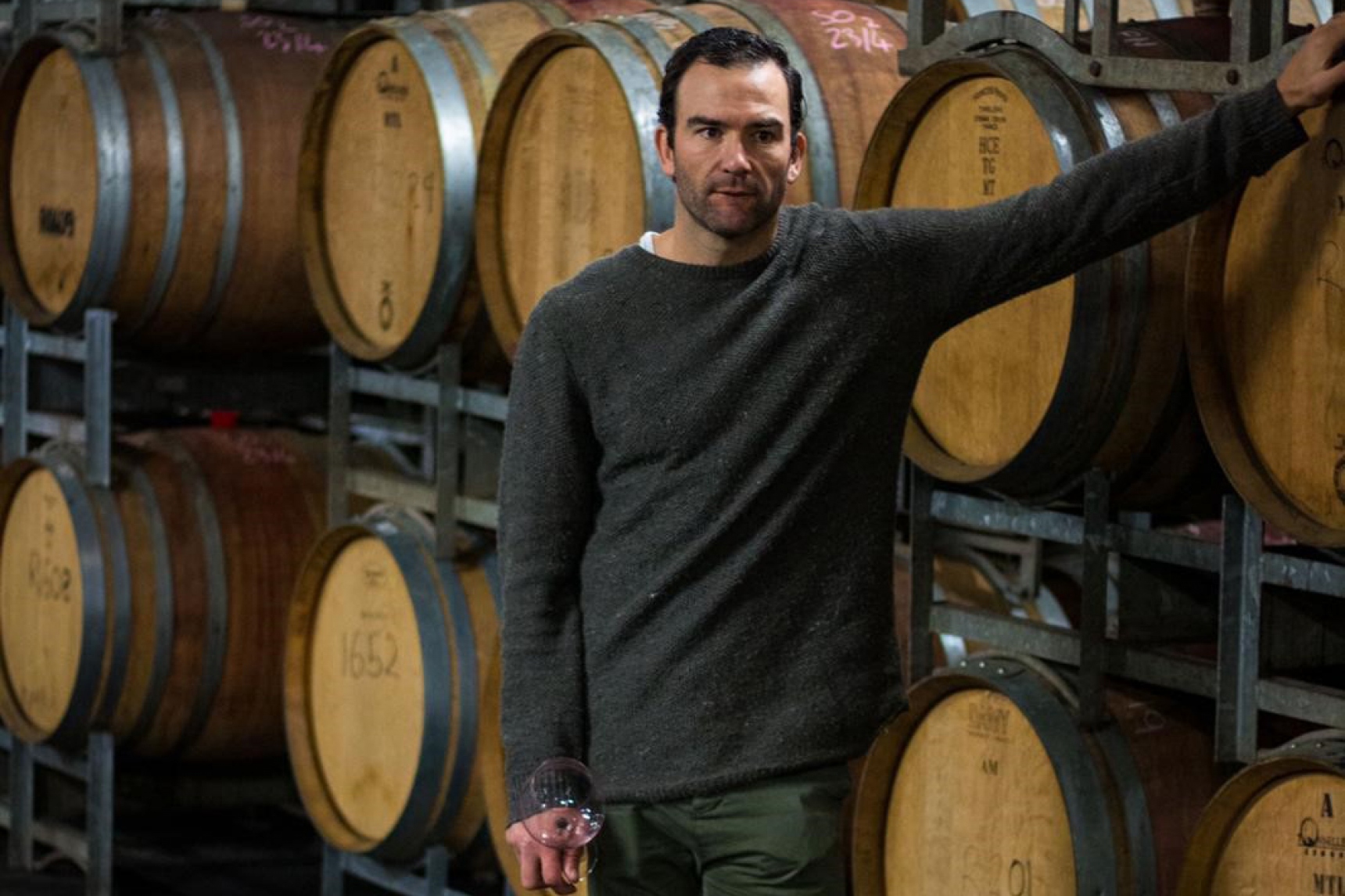 Jordan Lewis made his AFL debut with Hawthorn in season 2005, and was part of the side that won the premiership against Geelong in 2008, against Fremantle in 2013, against the Sydney Swans in 2014, and again against the West Coast Eagles in 2015. He has played for the Melbourne Football Club since 2017, and became just the second player to play his 300th game as a Melbourne player in 2018. Lewis’s other great passion is wine, and he is now a partner in the DML Mornington Peninsula pinot noir wine label with the D’Anna family, owners of Hoddles Creek, and with Sam Middleton, third-generation winemaker at Mount Mary.

I know I’m in Melbourne when I can get a coffee that satisfies my picky tastebuds.

My defining food moment in Melbourne was the first time I went to France-Soir after moving to Melbourne. An extensive list of timeless French classic dishes that made me want to jump on the next plane to Paris.

The best new thing I’ve found is Half Acre, a restaurant in South Melbourne. If you haven't been there before you might walk straight past it – the naked-brick facade blends into the industrial buildings that surround it. But once you’re inside it feels familiar, with a cosy atmosphere and options aplenty. Order the wood-roasted lamb with a nice glass of red and you won’t be disappointed.

When I want to push the boat out on a meal, I start with a good grower-Champagne and oysters.

There’s no better value in Melbourne than Kerabu restaurant in Glen Iris. A local Asian favourite. The red duck curry is one that keeps you coming back. And it's BYO.

And when I want to dazzle friends from out of town, I like to take them to Stokehouse for lunch. Great food, a fantastic wine list curated by Gav Cremming, and a view that has every out-of-towner in awe.

The dining rooms that exemplify the Melbourne hospitality aesthetic to me are Supernormal. Andrew McConnell is a genius and has the Midas touch when comes to Melbourne hospitality across nearly all of his restaurants. Supernormal is our favourite, sitting at the bar, watching how hard the chefs work to create beautiful food in a room where everyone appreciates the quality and effort of a restaurant and chef at the top of their game.

In the mornings you’ll find me grabbing a coffee with my three boys at Platform Express in Glen Iris.

My local is worth its weight in gold. Riserva Wine Bar is just down the road and after a big game or on a free night, there’s nothing better than getting a fantastic plate of pasta washed down with – yes – a glass of DML Pinot Noir.

If I could change one thing about eating and drinking here it would be the fact that we don't just give chefs the freedom to feed us more often. Everything is planned and chosen, we should trust our favourite chefs to give us what they think we should be eating on any given night.

But the one thing I hope never changes in Melbourne is the diversity we have across all cuisines in our restaurants. From top-line Italian like Scopri, Grossi and Tipo 00, to quality Chinese both in the CBD at Flower Drum and locally at places like Tea House, through to a great range of other cuisines like Nepalese (I like Nepal Dining Room), Greek (can’t go past Jim’s Greek Tavern) and Japanese (Kenzan in the city is a favourite, as is Ocha in Kew).

Check out Jordan’s wine at DMLvin.com.au, and follow his adventures on-field and off on Instagram at @jordan.lewis6.

Restaurants on their favourite people