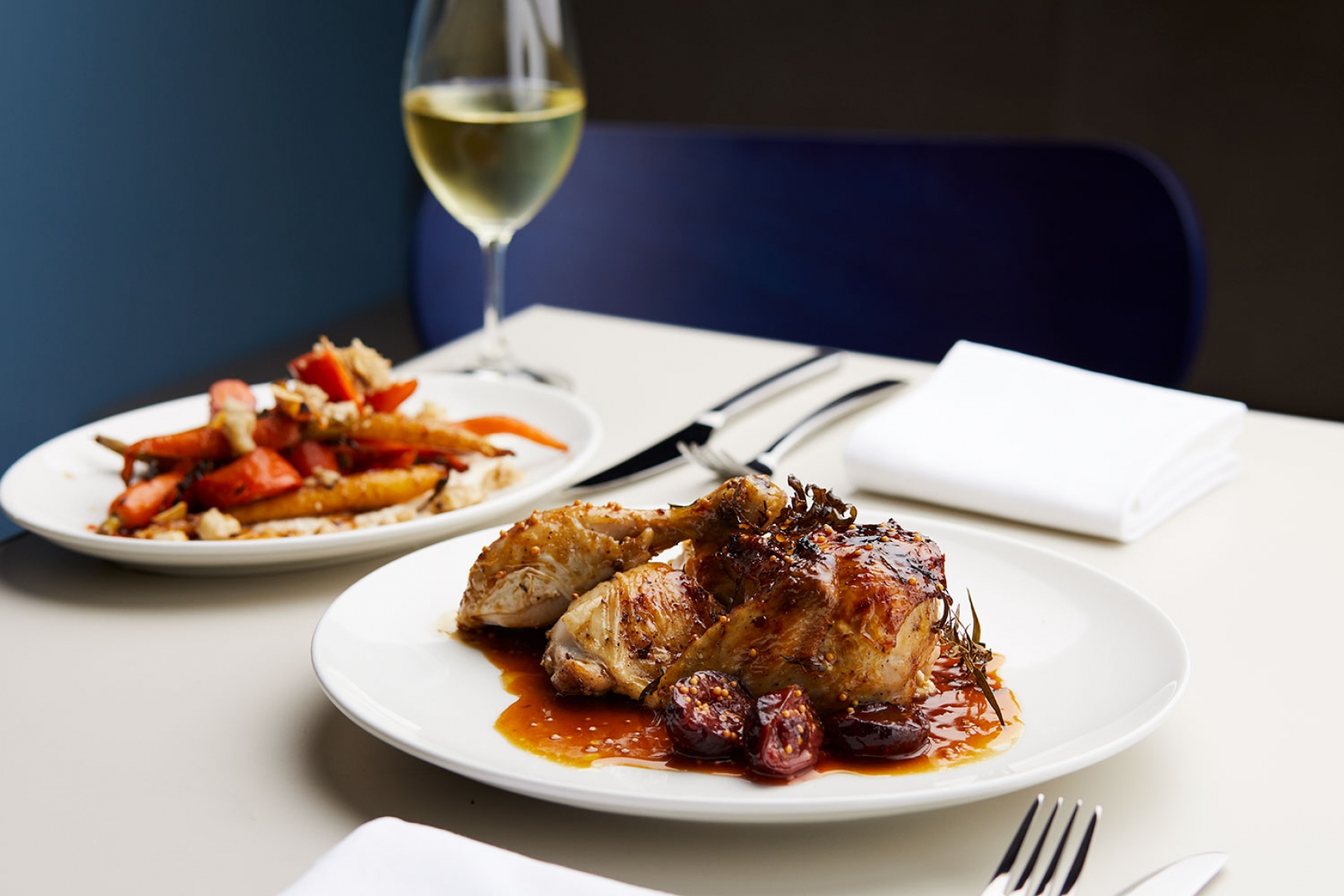 Never mind the gold class: Karen Martini at ACMI raises the (candy) bar for food at the movies.

With apologies to Tina Turner, it turns out we do in fact need another hero. The menu Karen Martini has written for Hero, her new all-day flagship venue at the Australian Centre for the Moving Image, is timeless, delicious and very, very Melbourne. It might just be what the CBD needs right now.

It’s been more than 15 years since Martini last opened a venue in Melbourne (Mr Wolf, the pizzeria owned by she and her partner Michael Sapountsis in 2004, is a St Kilda landmark), but her return to capital-R restaurants is as assured as ever.

Martini and her partners at her newly formed HospitalityM company are doing the food and catering across all of the newly reopened ACMI, which means that you can get great food (and wine!) in the screening rooms. When was the last time you saw house-made choc-tops complemented by a chicken-liver parfait with verjuice jelly and muscatels?

But it’s at Hero where the HospitalityM offer is at is most impressive. It’s an eatery for all comers. As of March, Hero will open for breakfast, but right now it’s open day through night, with the sort of menu that rewards the casual grazer as much as it does the destination diner.

Salumi served with peppers and green olives, Gildas (that skewered snack of the moment), salt-cod fritters, oysters, taramasalata with a Greek bagel, and potato bread with goat’s curd provide plenty in the way of snack options. A couple of sandwiches, meanwhile, including a meatball and provolone sub that’s presumably a nod to the restaurant's name, bridge the gap with the larger offerings. 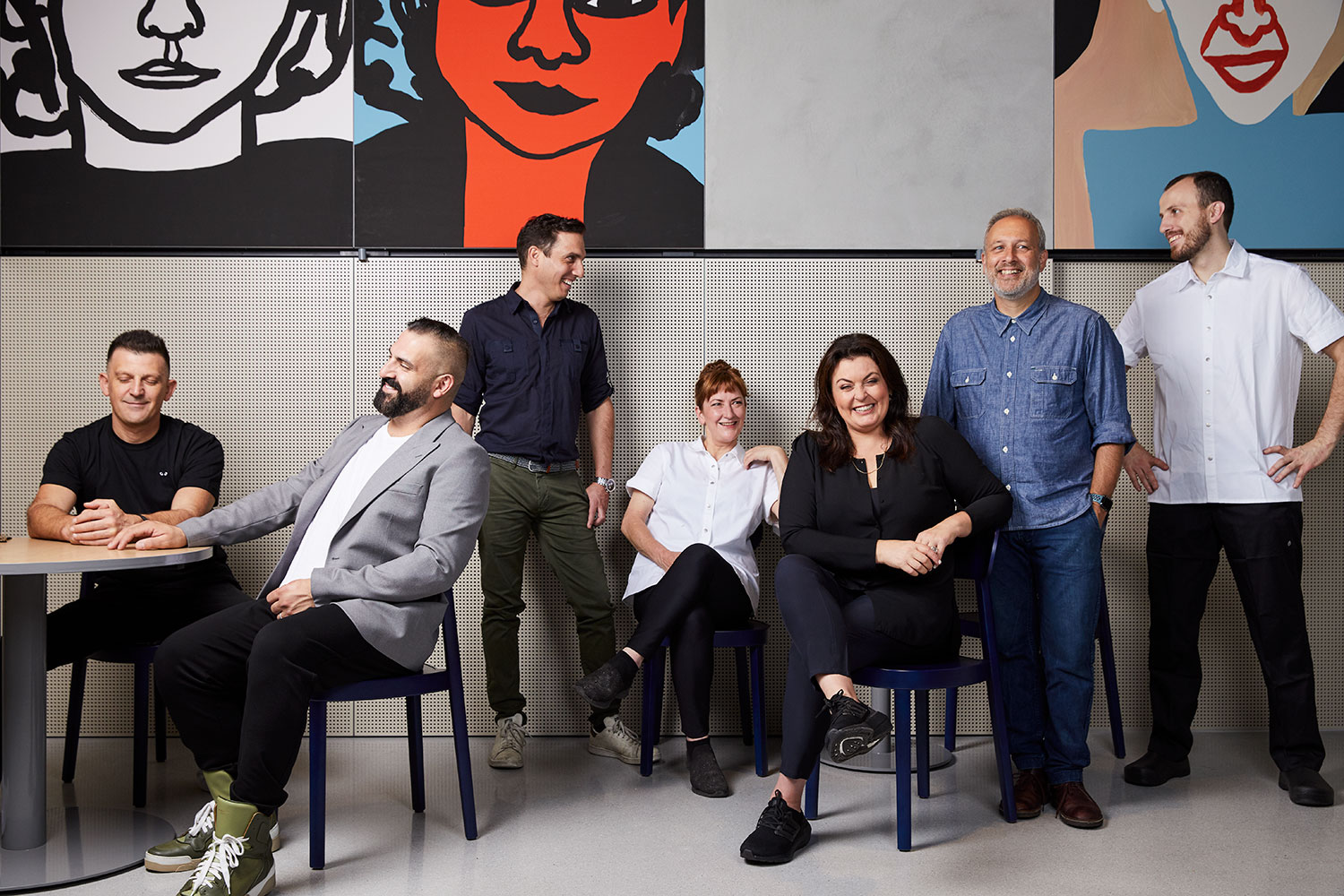 Martini knows her way around the Mediterranean and is gifted at giving familiar favourites an accent all her own. Pickled celery freshens up cured kingfish, fried artichoke brings new texture to vitello tonnato, and dried olive and bottarga punch up zucchini and its flowers.

The main course selection is concise: a pesto tubetti with peas and pistachio, a crab and chilli cavatelli, a blue-eye trevalla with sauce vierge, a roast chicken with plum mostardo, and a steak frites done with Cape Grim bavette and “Café de Hero” butter.

Martini also has some serious backup in the kitchen in the form of her comrade-at-arms Philippa Sibley. The Queen of Tarts has produced a typically dazzling dessert menu, the custard tart and the roast-peach Melba looking very good straight out of the gate.

The look of the room, meanwhile, is sleek and crisp. Architect Chris Connell has been responsible for some of Melbourne’s defining dining spaces – Caffé e Cucina, Il Bacàro, and Dukes Coffee Roasters – as well as Mr Wolf and the late, great Melbourne Wine Room, another highlight of Martini’s CV.  The clean lines of Connell’s design for Hero open out onto plenty of seating on Fed Square. Portraits of famous figures from popular culture – Nick Cave, Jacki Weaver, David Gulpili among them – painted by Australian-born New York artist Christina Zimpel bring a welcome touch of Sardi’s-like theatricality to the room. (Is that Jim Jarmusch or David Byrne? Heath Ledger or Michael Hutchence?)

Walking the fine line between appealingly special and readily approachable, Hero seems very much ready for its close-up. 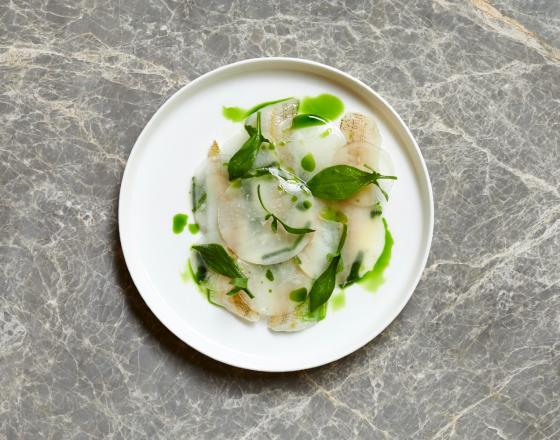 What to order at Farmer's Daughters 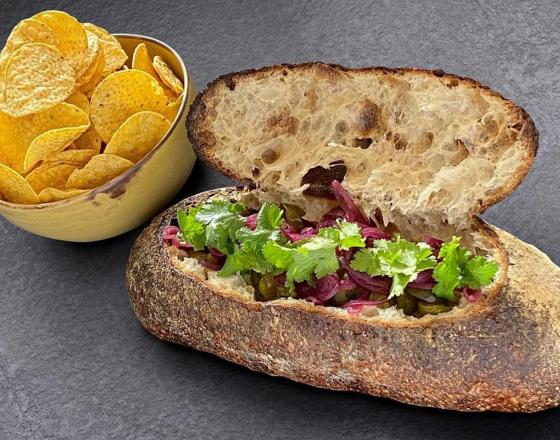 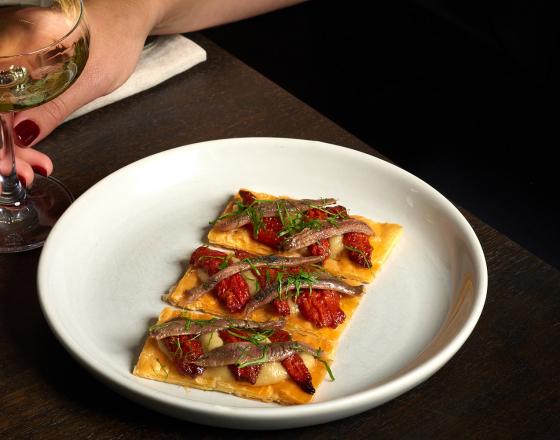 What to order at Chancery Lane