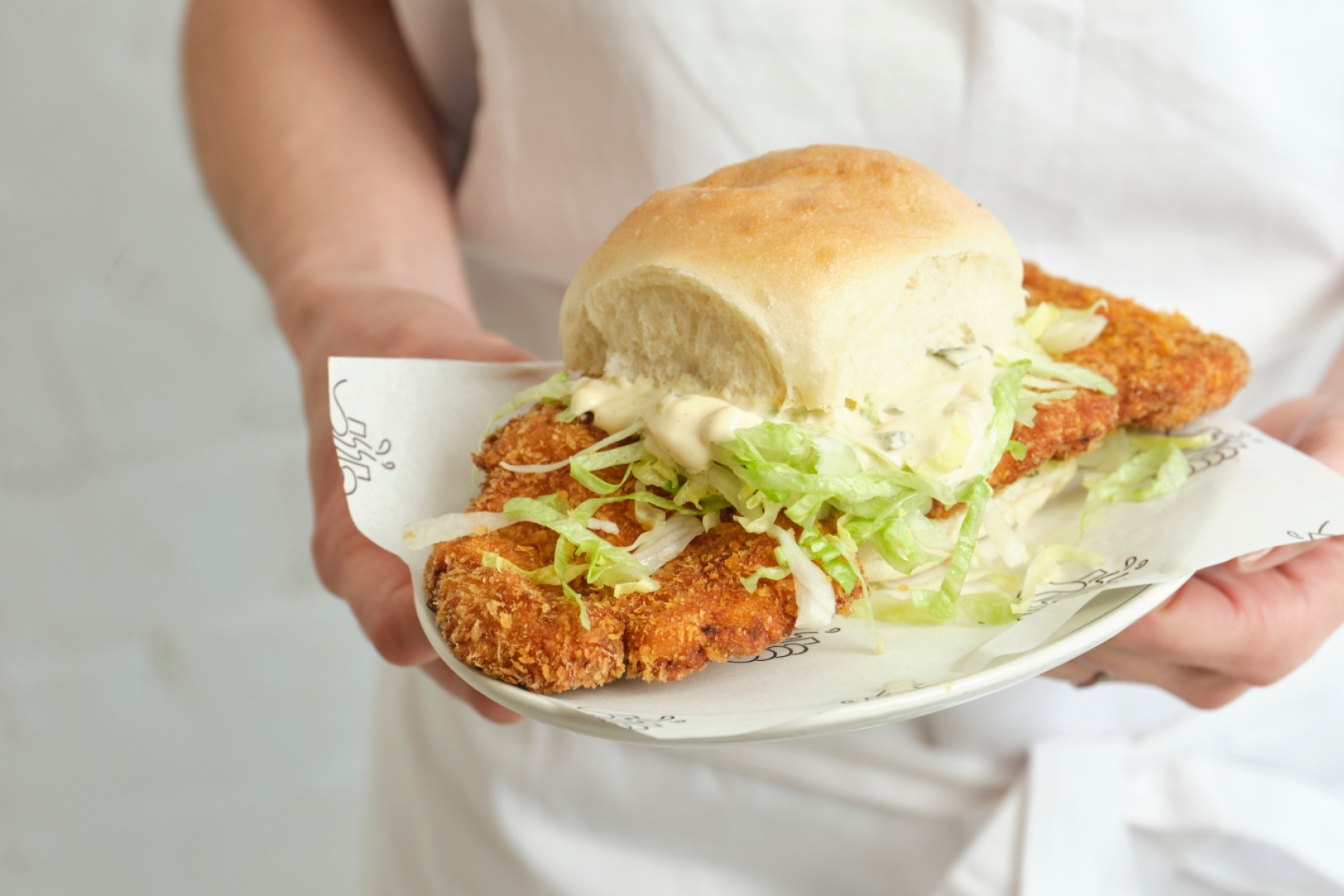 South Melbourne lost a mascot when the Swans went to Sydney. It will always but the birthplace of the jumbo dimmie, but with the opening of a second Hector’s Deli on Coventry Street, it now boasts the most identifiable schnitzel sandwich in the state – a thick golden breast that strays so far beyond the border of its potato bun it ought to quarantine for 14 days and monitor for symptoms.

Created by Ed Ring and Stokehouse alumnus Dom Wilton in 2017, Hector’s has remained a standout in Melbourne’s ever-oozier sandwich circuit, prioritising freshness and simplicity as the city’s fetishisation of deli food pushes us closer to the caloric edge.

There’s a lot more dining in happening between the future-white walls of the new site, a one-time bakery a block east of the South Melbourne Market. It’s a step up in size from the original converted milk bar in the quiet backstreets of Richmond, but fans of the original will be relieved to learn that the menu of tastefully embellished classics remains intact.

The lines are already there, naturally, but we’re a happily queuing people these days, and when the product is this good, maybe a mindful moment of anticipation isn’t such a bad thing.