David Chang on Eat a Peach 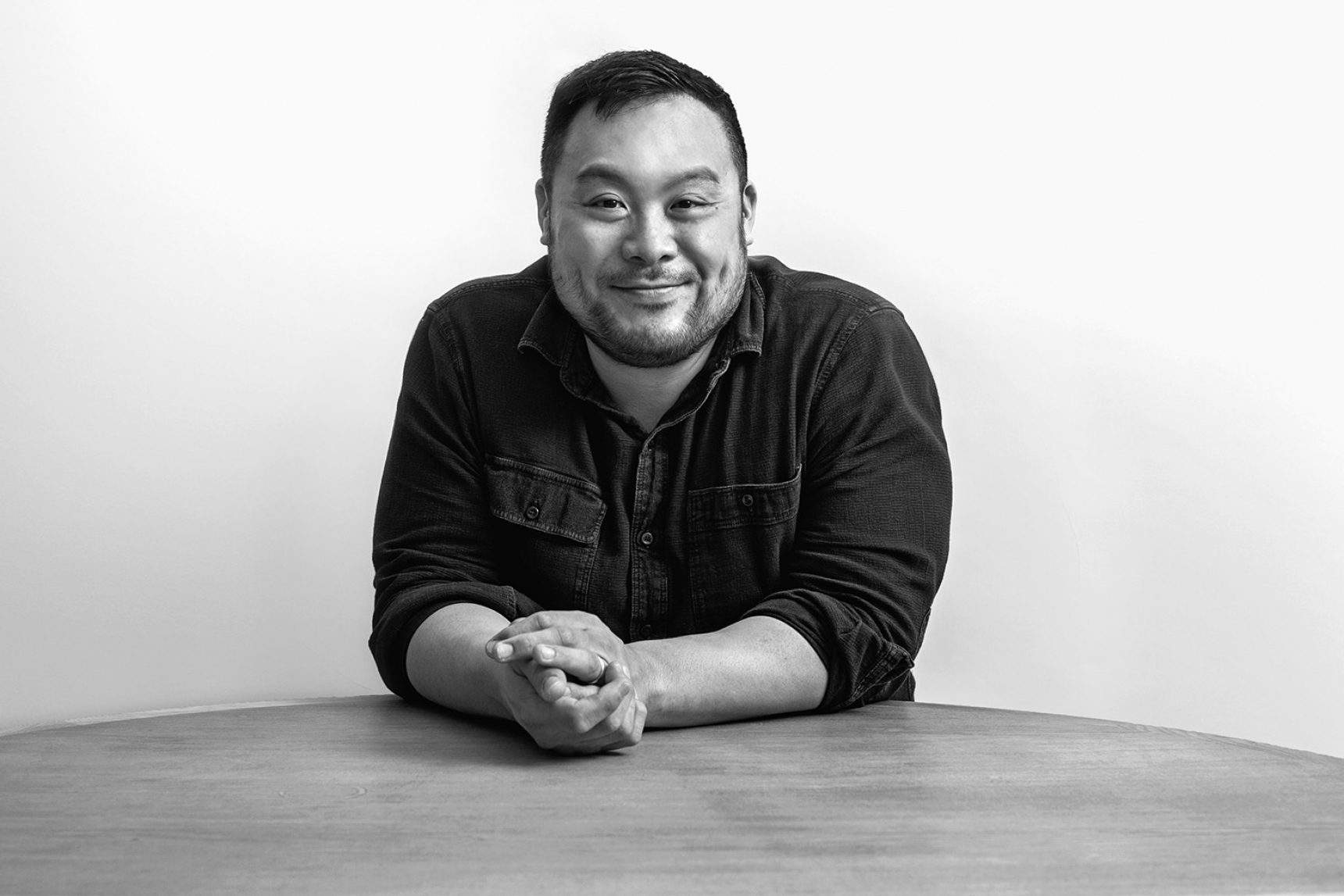 The Momofuku founder speaks with Pat Nourse about his new memoir, Eat a Peach, which explores the ups and downs of his mental health against the backdrop of the highs and lows of his life in restaurants.

A memoir from Momofuku founder and Ugly Delicious host David Chang was never going to be tame. But even the expectations Chang has set with a career rich in subversion, iconoclasm and wild swerves don’t entirely prepare the reader for Eat a Peach. Food, restaurants and cooking are central to the story, but they’re inextricably intertwined with Chang’s depression, anxiety and impulses to self-destruction. The narrative arc of the book is attached less to his career than to his struggle to feel at home in his own skin and his path to understanding life with bipolar disorder.

Failures of every kind, real and perceived, prove to be a major theme in the life of a chef whose career would look to many to be the definition of success in the hospitality world. Eat a Peach spends plenty of time in the discomfort zone: self-harm, self-loathing, white privilege, “yellow privilege”, drug abuse, toxic working environments, missed opportunities, lost friends, failed relationships.

To an outside observer it could appear that Chang used the kitchen to step into a world of celebrity where he floats seamlessly from dinners with artists and rock stars to fist-bumps with world leaders and billionaires, living a life where Martha Stewart, Asa Akira and Ruth Bader Ginsberg move on and off the stage as easily as René Redzepi, Wylie Dufresne and Tom Colicchio. Seen from the inside, though, these scenes are overlaid with a miasma of doubt, guilt, resentment, sadness, rage, and a sense of near-constant unease.

“For all my bluster, I was scared shitless,” Chang says. “Writing about the facts of my life here, it seems like a logical progression. This happened and then that happened and I slowly learned this and by the time this moment came I was ready. But in between every triumph or epiphany I’ve described in this book, there were five hundred moments of doubt. There were embarrassments and mistakes, people I pissed off or disappointed, chances I squandered. There were dishes that sucked and services that made me want to tear my eyeballs out. And there was the constant thrum of depression in the back of my skull.”

Chang’s self-analysis is scouring and relentless. But his candour is also compelling. And while Lexapro, Lamictal and Klonopin can loom as large on the pages as Seiobo, Ko and Ssäm Bar, his unflinching eye captures a great deal that’s true about the business of food and restaurants in general.

Quite a bit of that, too, is funny. Chang never misses the opportunity to put himself down (“When people ask me about my disproportionate size, I tell them that I’m a product of bovine growth hormone”) but there’s some real zingers in there for the rest of the world as well. His first impressions of The Star casino in Sydney, where he went on to open Momofuku Seiobo, are well worth savouring:

“In the daylight it looks like three airport Radissons having sex with a riverwalk mall,” he writes. “Locals hate it. No money could really fix The Star. This appealed to me for the same reason Vegas had: I loved the thought of giving people something awesome in the last place they would look for it."

The scope of Chang’s references makes for lively reading, too. When was the last time you read a chef memoir (or any memoir at all for that matter) that referenced Lethal Weapon, Gattaca, The Matrix and Larry Bird’s 1986 left-handed game with as ready fluency as it did the works of Camus, Joyce and Nietzsche, and The Bhagavad Gita?

On the eve of Eat a Peach’s publication and in a year that marks the 10th anniversary of his first visit to Australia for the Melbourne Food & Wine Festival, David Chang joins MFWF creative director Pat Nourse for a conversation that’s as frank as it is free-ranging.

Beyond Blue provides free support, action and advice for anyone struggling with anxiety, depression and mental health. For help or more information, visit beyondblue.org.au or call 1300 22 4636.