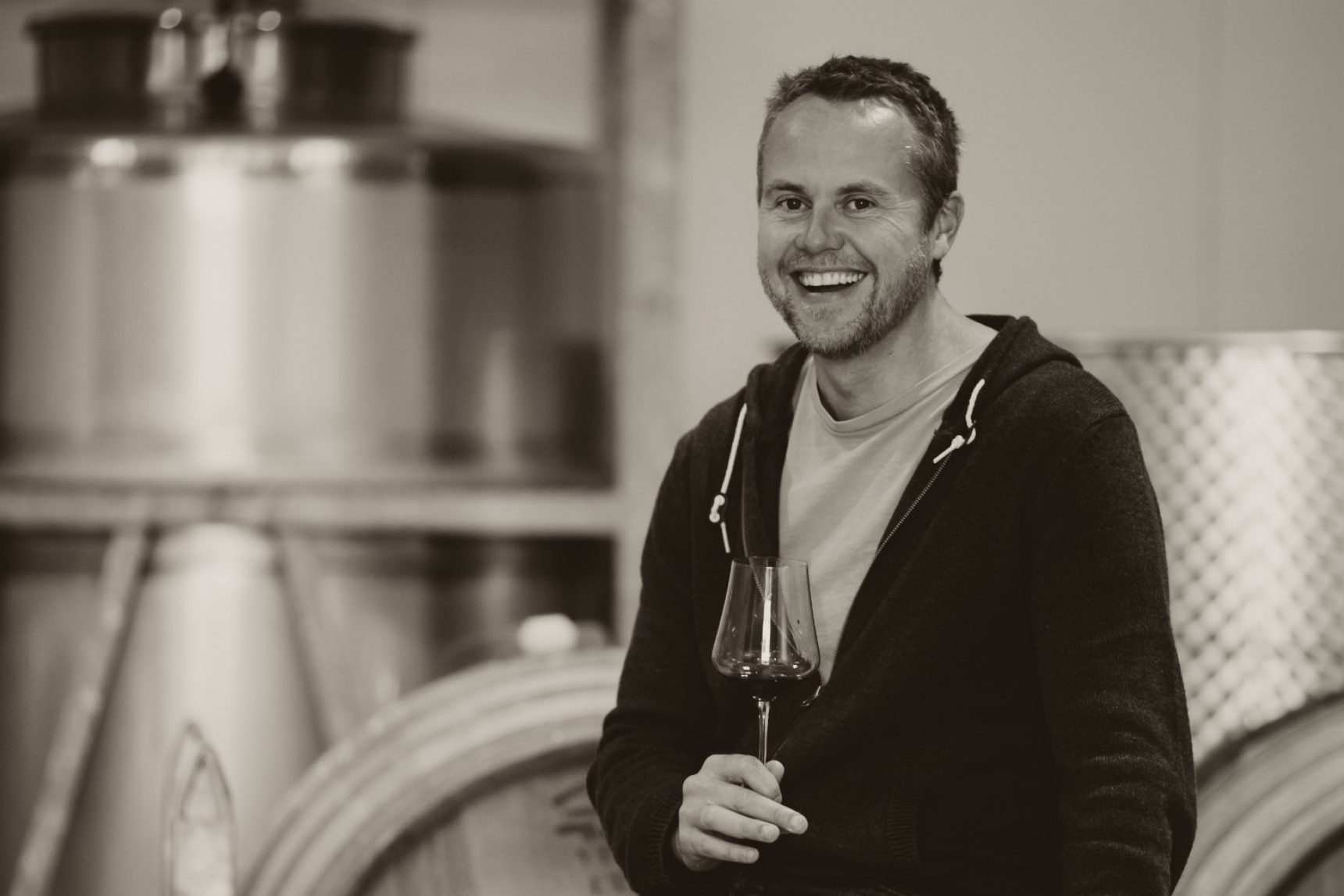 As a second-generation winemaker, Rollo Crittenden was fortunate to spend time in some of the world’s most highly regarded wine regions and wineries. After studying winemaking he worked vintages with various producers, including in California, Oregon, Barolo and the Hunter Valley. In 2007, Crittenden returned to the family business, Crittenden Estate, on the Mornington Peninsula to a now mature vineyard that he helped plant as a child some 25 years earlier. In his role as winemaker he took over responsibility for producing classic French and Italian varieties from around Victoria under the family’s Crittenden Estate, Geppetto and Pinocchio labels. Soon after, he also embarked on a project to create Spanish-style wines under the Los Hermanos label – some of which helped him achieve the honour of being named the 2010 Australian ‘Young Gun’ Winemaker of the year. Crittenden and his family’s sustainability endeavours were recently recognised with Crittenden Estate being awarded the 2020 BRIT/FIVS accolade for ‘The world’s most sustainable winery’. His wines, meanwhile, continue to win acclaim; his 2015 Cri de Coeur savagnin has just been described in the 2021 Halliday Wine Companion as being “quite possibly the most exciting white wine in the country”.

The last three delicious things I drank were a very nice homemade Negroni featuring, of course, mainly local ingredients: Allies Cinq a Sept pinot noir vermouth and Balcombe gin in equal parts with Campari, served over ice with a slice of orange. Dangerous: one is never enough. We’re also doing a little collaboration this year with the team at Boatrocker brewery (well, we provided some savagnin grapes and they’re doing the brewing hard yards – so a collab of sorts). The beer is still a while off but they did furnish us with a selection of their awesome gins. The Boatrocker Dry Gin is spot on with a good tonic and a dash of soda, nothing more needed. Finally, and most importantly, the double macchiato I have on my way to work courtesy of the Filling Station in Mornington. It’s the morning ritual and it’s bloody perfect.

As far as I’m concerned, the defining place to get a drink in Victoria at the moment is Noir in Swan Street, Richmond. Owner Peter Roddy and somm David Do Rozario have pulled together an excellent and very reasonably priced wine list with plenty of lesser known, yet easy to drink wines to get excited about, many by the glass. Some of their offerings are a bit obscure but David’s usually on hand to help guide the way and even if he’s not about you’d have to work pretty hard to find a dud. And if it’s just a beer, good tunes and some delicious fried chicken I’m craving I head straight to Wowee Zowee in Mornington – a great recent addition to my home town.

When someone hands me a wine list in a restaurant, I often hand it back and suggest that I’ll leave it up to the them to pour a selection from their by-the-glass list. If it’s a good venue I’m happy to trust in the team’s knowledge of the food and the wine and, with the odd exception, I’m usually happy with the outcome, having often been introduced to a wine that I might otherwise have passed over.

The Victorian spirit I’m loving most right now is Chief’s Son Pure Malt whisky. I must admit I was a little sceptical at first. A tiny distillery in an industrial estate in Sommerville on the Mornington Peninsula – how good could it be? The proof is in the ‘proof’ though; this little family business is making a range of single malts that are up there with the best from around the world. Hunt them down – I promise you won’t be disappointed.

There’s no better value on a wine list or in a bottle-shop in this state than the Craiglee shiraz from Sunbury. I don’t see it around as much these days but when I do I make a bee-line for it. This boutique producer reliably makes wines of immense poise and structure. The shiraz is undoubtedly the jewel in their crown with a fine balance between fruit, spice and savouriness. In my view it’s cheap at double the price – especially given their tiny production quantities and incredible (long) history.

My favourite place to buy booze is the Red Hill Wine Collective. In his previous role with Langton’s, owner Tom Portet spent his days sourcing amazing wines from around the world. Lucky for us he’s now set up shop here on the Peninsula and represents some excellent value wine selections both from local producers as well as further afield. If I want to stay closer to home though I head straight to the Peninsula Beverage Company in Main Street, Mornington. This husband and wife team are guaranteed to have something to quench a thirst and what makes their place even more amazing is that everything is sourced locally – and by local I mean Mornington Peninsula-only.

I’d love to see us distilling more gin in Victoria. Just kidding – no more gin, please! This might be a bit fanciful given our (relative) cool climate but what I’d really love to see us producing in Victoria is tequila. A good mate has a grand desire to plant some agave and start distillation somewhere in Australia and to the best of my knowledge he’d be the first – why not, I say.

My guilty drink pleasure is a decent Espresso Martini. I know, I know, completely clichéd, but coffee and vodka, how can you go wrong?

The best or most important change to the way we drink in Victoria in recent years has been consumption in greater moderation. We definitely have a strong drinking culture in Australia but it’s good to see people start to imbibe with some restraint and an eye for quality over quantity.

For me, the most inspiring person in the Victorian drinks world would have to be my old man, Garry. Having grown up in the wine industry I’ve watched his relentless drive to back the Mornington Peninsula as a globally recognised wine region with awe and admiration. It was great to see him recognised as an MFWF Legend a few years back – an accolade well deserved. He’s taken the foot off the gas a little now but even in (semi!) retirement he doesn’t stop thinking about what we can do to continually improve as a wine-producing family – and more importantly how our actions impact others and the environment.

Get in on the Crittenden Estate action at crittendenwines.com.au, and see what the family is up to on Instagram at @crittendenwines and on Facebook at @CrittendenWines. 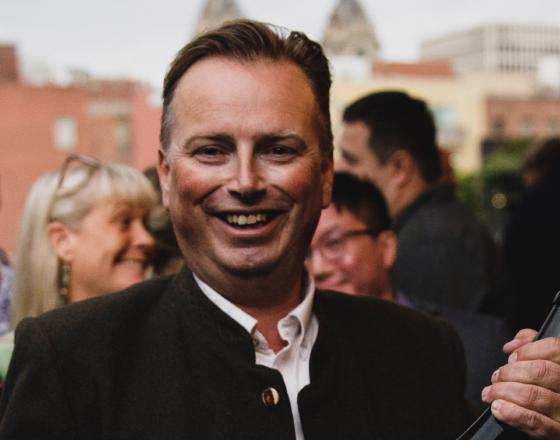 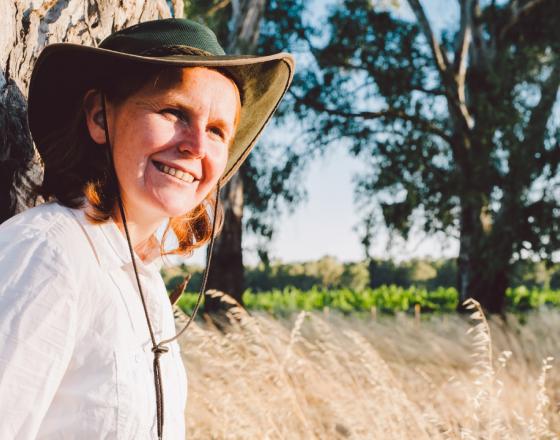 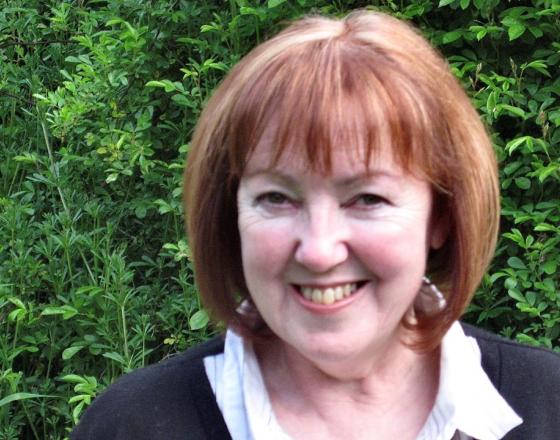