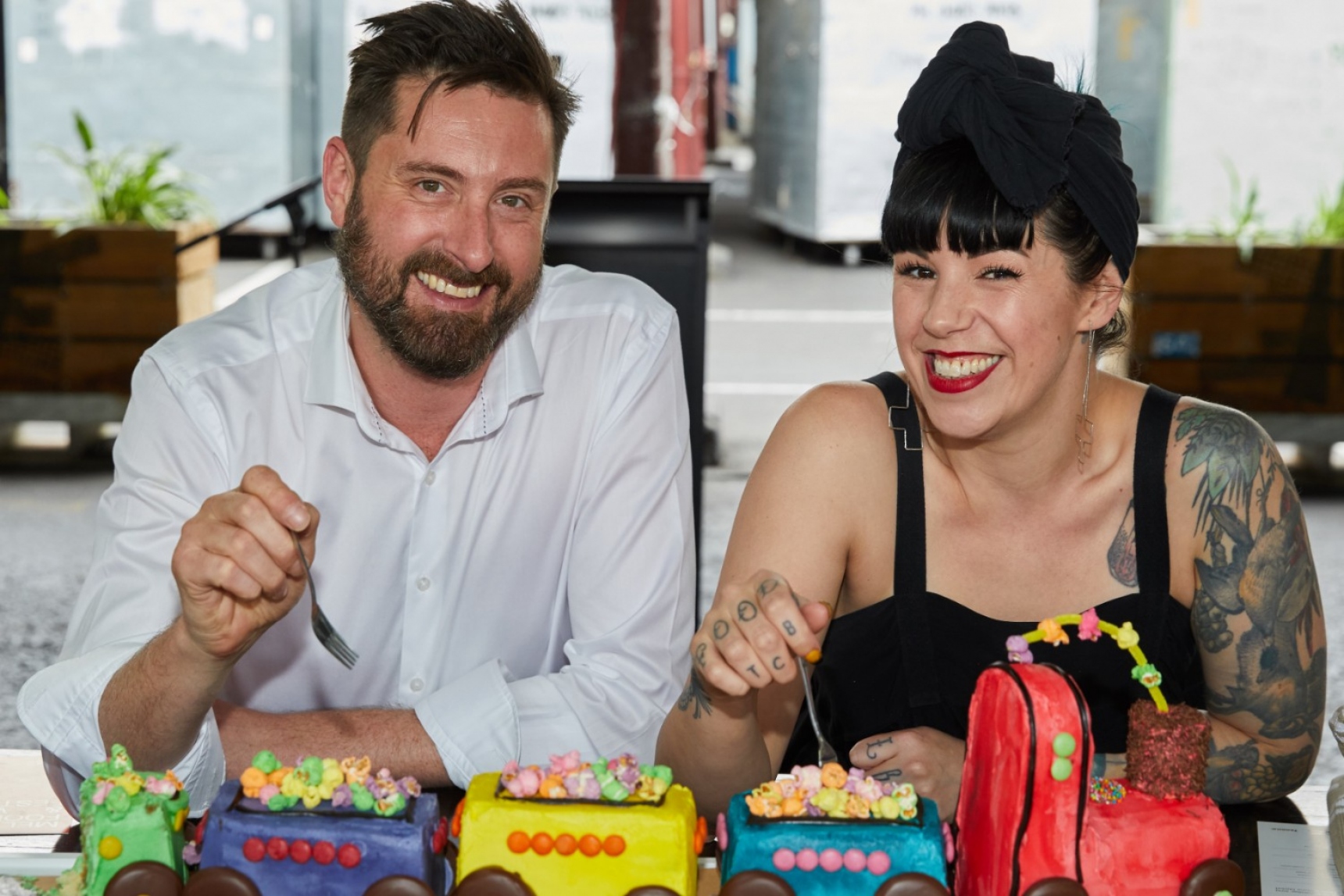 A house party with Alison Roman, generation-defining birthday cakes and street parties celebrating uniquely Melbourne experiences are some of the flavours of the 2020 Melbourne Food & Wine Festival, served to you by Bank of Melbourne and destination partner Visit Victoria. The 2020 festival will take place 19-29 March and was unveiled today at the Queen Victoria Market.

“We’re celebrating the greatness of this city and its food and drink,” said Food + Wine Victoria CEO Anthea Loucas Bosha as she officially launched the program at a lunch attended by local food luminaries including Andrew McConnell, Stephanie Alexander, Shannon Martinez and the city’s top food writers and editors.

“It’s about the things Melbourne gets really right whether it’s a finger-licking Middle Eastern barbecue for 300, a Sichuan snack fair for 3,000 or a pasta party that we think the whole city is going to want to come to.”

For its 28th program, the festival is setting up shop at the Queen Victoria Market, bringing a full program of demonstrations, dinners, parties and talks to the city’s largest and best-known fresh food market.

“We’re very much looking forward to making this our home next year,” said Loucas Bosha.

Melbourne diners will experience the talents of visiting chefs such as Alison Roman, Fuchsia Dunlop, Michael Solomonov and more, as they collaborate with local favourites on one-off dinners or participate in talks and demonstrations at Queen Victoria Market.

Other highlights include Welcome to the Jungle, a party featuring plants in all their forms; The Big Spaghetti, a street food fair like those in Italy; The Mixed Grill, styled on Middle Eastern feasts; and Sichuan Snack Fair, an open-air celebration of China’s spiciest cuisine. Take the Cake, an exhibition celebrating the 40th anniversary of the Australian Women’s Weekly Children’s Birthday Cake Book will put the cakes of the book, from the swimming pool to the choo-choo train, on display at The Ian Potter Centre: NGV Australia.

This is the first time the March program will feature events exclusively in Melbourne. The food and drink of regional Victoria, meanwhile, will be the focus of a new festival in October 2020.

“There’s an abundance of food and wine experiences in regional Victoria that deserve their own program,” said Loucas Bosha.

The Bank of Melbourne World’s Longest Lunch, a festival favourite, will take place on Friday 20 March in Treasury Gardens, headlined by Stephanie Alexander, Jacques Reymond and Philippe Mouchel. A small allocation of general release tickets will be made available to the public at 9am, Tuesday 26 November.

Other signature events of the festival will be back with a bang, including Global Dining Series, pairing the best chefs from around the world with local stars for 12 one-off events, and Crawl and Bite, the progressive dinners along some of Melbourne’s best-known eat streets.

Events under $50, family-friendly events, vegan and vegetarian menus, and events that get you home by 9pm ensure there’s something for everyone next March.