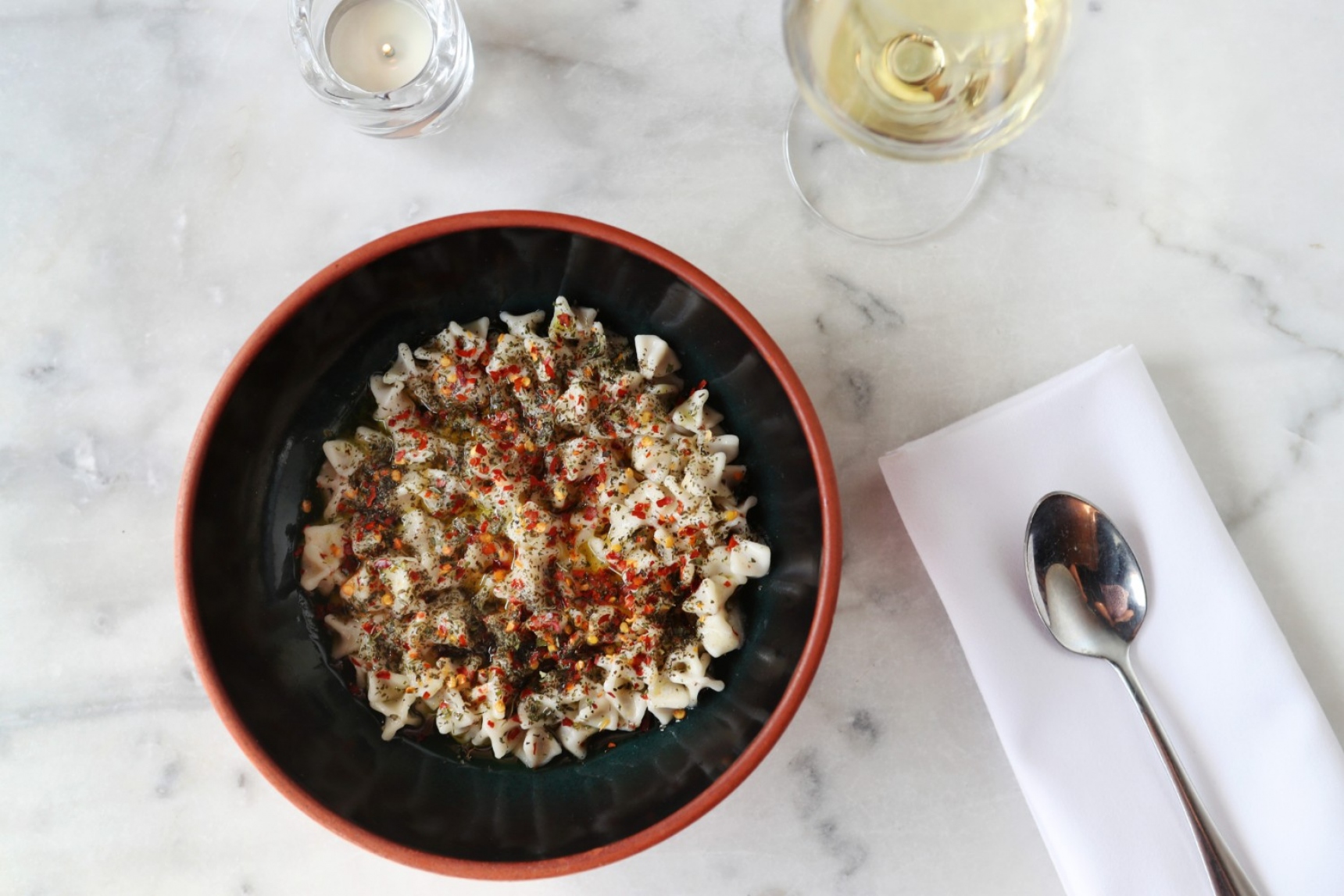 The annual ranking by the Sunday Herald Sun is out – and a relative unknown has taken the top prize.

Tulum has taken top honours in the Delicious 100, an annual ranking of Victoria’s restaurants by the Sunday Herald Sun and Delicious. The three-year-old restaurant pipped seasoned award-winners Brae and Attica, as well as hot new kid on the block Di Stasio Città, prompting the big question: “Have you been there?”

Chef-owner Coskun Uysal has been exploring the flavours of his Turkish upbringing since opening on Carlisle Street, Balaclava in 2016. But this year he ditched the degustation-only format for more relaxed dining, introducing snacks and feed-me menus along with an update to the dining room. It’s a formula that appears to have paid off.

“With high-end cooking smarts highlighting the heritage of Uysal’s homeland now in an accessible format at unbeatable prices, Tulum is an overnight success three years in the making,” wrote the reviewers.

Among the rest of the top 10, half were located outside Melbourne, reflecting Victoria’s strong regional dining scene, particularly in the Yarra Valley (hello, Oakridge), Mornington Peninsula (Pt Leo Estate) and the less likely locales of Dunkeld and Birregurra, home to the Royal Mail Hotel and Brae respectively.

The rest of the top 10 was a mix of top-shelf fine-dining, represented by Attica, Amaru and Lûmé, and more relaxed but no less accomplished venues Anchovy and Di Stasio Città.

The list marks the end of award season for Australian restaurants, during which Attica, Brae and Città dominated on the national stage. Oakridge, Anchovy and Igni also enjoyed a strong outing in the rankings delivered by the Good Food Guide, Time Out, The Australian and Gourmet Traveller.

The Delicious 100 also included honours for Best Wine List, which went to Wickens at Royal Mail Hotel; the Best View, awarded to Pt Leo Estate; and Best Sustainable Practices, won by Oakridge, where Matt Stone and Jo Barrett run a kitchen garden, make their own cheese, and strive for zero waste in their kitchen. Chef to Watch was awarded to Hugh Allen, who heads the brigade at Vue de Monde.

The team now hands over the scorecard to diners, asking them to vote for their favourite restaurant in the people’s choice list.

See the full list and vote for your most delicious restaurant at heraldsun.com.au/delicious100.