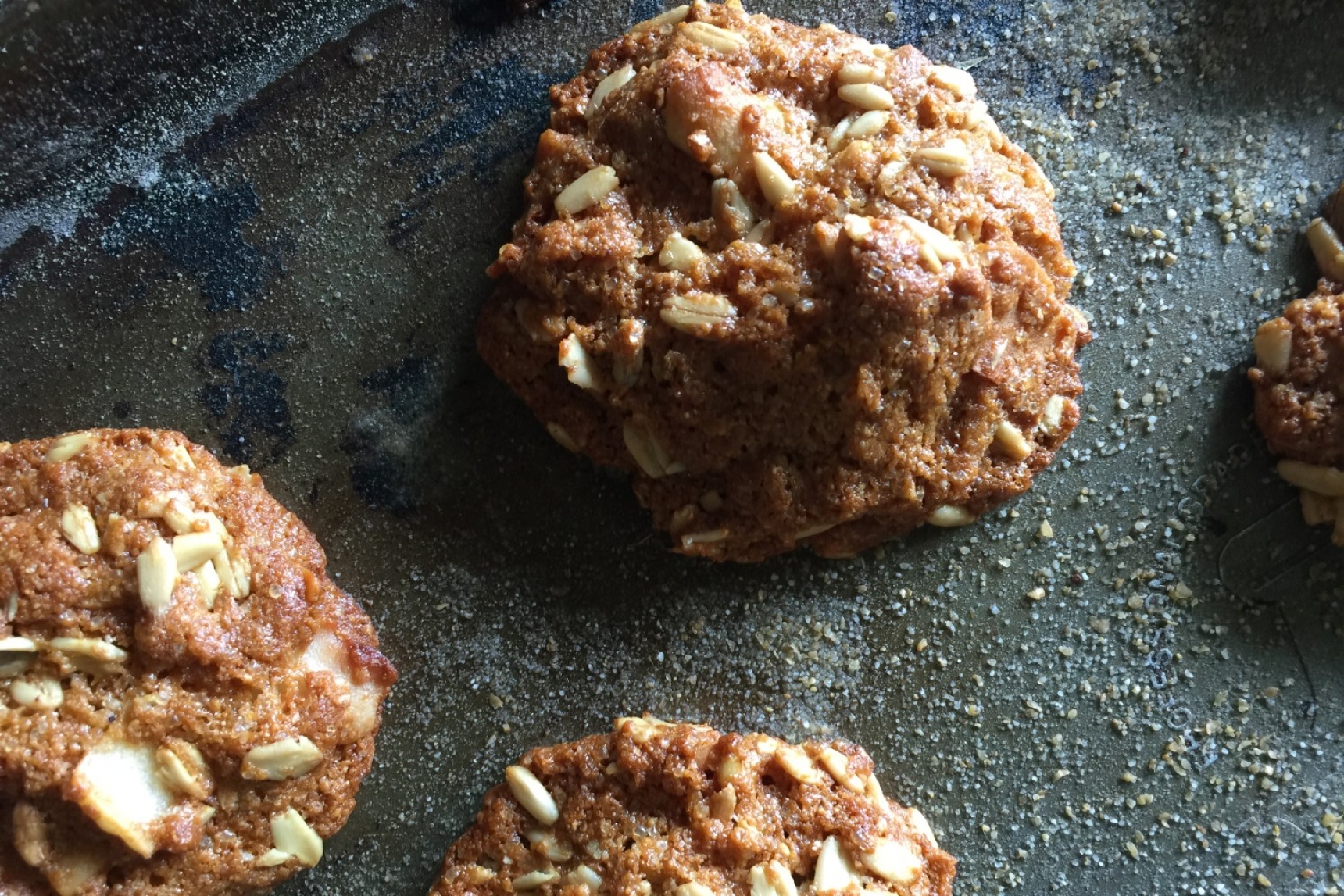 What does the Anzac biscuit look like in lockdown? While everyone on Instagram, seemingly, is deep-diving into sourdough and the more challenging corners of the baking world, this week calls for an older, simpler kind of cooking. We might not be able to make many of the usual Anzac Day observations on Saturday, but we can still participate in the tastiest. Creative Director Pat Nourse shares his recipe for Anzac biscuits.

The Anzac is a forgiving biscuit, even for the novice baker. It calls for nothing hard to find and can be made without scales or a mixer. But let’s not even take those basics for granted. Flour, for one thing, can be hard to come by right now. And while most of the ingredients are familiar, golden syrup is not necessarily a given in the kitchens of non-bakers.

But what is the traditional recipe? I looked into the question for Gourmet Traveller a couple of years ago:

‘The Australian War Memorial's website, which in turn cites an undated recipe for "Anzac tile/wafer" from Arnott's chief chemist Frank Townsend: flour, wholemeal flour, sugar, milk powder, water and a "good pinch salt" – no oats or golden syrup to be seen, let alone coconut. The biscuits in question, a form of hard tack, are "very, very hard", and mention is made of the fact some soldiers preferred to grind them up and eat them as porridge.

‘The recipe makes sense on a wartime footing when eggs were in short supply and the product was to be shipped unrefrigerated for months at a time, but they're not the biscuits that won the hearts of two nations. It was only after the war ended that oats became a standard of the recipe, and no printed reference to coconut appeared until 1929.

‘The War Memorial offers two other Anzac recipes that bear much closer resemblance to the bickies we know and love. The first, from a 1926 edition of The Capricornian, a Rockhampton newspaper, specified two cups of oats to a cup of flour and half a cup of sugar. You mix a tablespoonful of golden syrup, two of boiling water and a teaspoon of bicarb till they froth, then add half a cup of melted butter, and mix that into the dry ingredients.

‘Coconut got its day in the Country Women's Association of New South Wales's 1933 Calendar of Cake and Afternoon Tea Delicacies. It's a notably sweeter biscuit, with more sugar, less flour, and coconut taking the place of half the oats.

‘Dig a little deeper and you'll see that "traditional" recipes vary even more widely still. You don't have to look far in 1920s cookbooks to find references to iced Anzacs, or others sandwiched around jam. A 1929 recipe from the Brisbane Courier includes cinnamon, mixed spice and finely chopped dates.’ 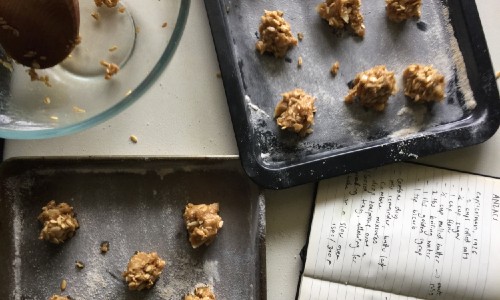 As you raid the pantry, have a think about what it is you look for in an Anzac biscuit. Don’t make a special trip to the shops – see what you can manage with what’s in the cupboard. For me the appeal is all about the austerity-roughage factor of the oats and coconut, and the combination of crisp edges and a bit of chew (something the biscuits for the men in Gallipoli almost certainly didn't have).

And, as our forebears in the kitchen over the past century have shown us, there are plenty of ways to get there. So why not make a biscuit for 2020? Honey in place of the golden syrup is the easiest hack. What about coconut oil for butter for those vegan good times?

You’re looking for roughly an equal volume of oats, coconut and flour (a cup of each, say), and up to an equal part and sugar (I’ve also used a half a cup of sugar to a cup each of oats, coconut and flour with perfectly delicious results.) No coconut? No oats? Try muesli. Even cornflakes will work. No plain flour? Wholemeal is great. What about a gluten-free version? Coconut flour works, or you could use almond meal instead (just watch your oats). Brown the butter. Toast the coconut. Throw in some sea salt, some ginger. Will it technically be an Anzac biscuit? Perhaps not, but it’ll be a tasty adventure.

Here’s the thing: you might not end up with The Best Biscuit Ever on your first go. But Anzacs are quick, cheap, and easy to make, and even the ugliest of them looks pretty good dunked into a hot cuppa. Have a go – you’ll get there.

Anzac biscuits were originally about letting your loved ones know you cared, about making do, and about a shared spirit of community. If that’s not a biscuit for our present moment, then I don’t know what is. Bake a double batch and drop some off for friends or your neighbours. We might not be able to have that cuppa together yet, but we can still share the bikkies.

This recipe makes about 20 regular-sized biscuits; use a double spoonful and leave more space if you like a bigger Anzac. Less cooking will result in a chewier biscuit, as will the addition of more golden syrup. For something crisper, flatten the balls of dough on the tray before you bake them, and cook them on the longer side.

2. Combine the oats, coconut, flour and sugar in a mixing bowl.

3. Mix the golden syrup, bicarb and 2 tbsp boiling water in a bowl, stir until the mixture foams, then stir in the melted butter.

4. Stir the syrup and butter mixture into the dry ingredients and mix them together (your hands are good for this). Err on the side of less mixing rather than more – it’s better not to overwork it. Taste, and add a pinch of salt if it needs it.

5. Place spoonfuls of the mixture on lightly floured trays, leaving plenty of room (at least 6cm) for them to spread.

6. Bake until they're dark golden, starting to check around the 10-minute mark. (If you want both trays to bake evenly, swap them in the oven halfway through baking.) Let them cool on the trays; they’re soft straight from the oven but they get crisper as they cool. They’ll keep for about a week in an airtight container.