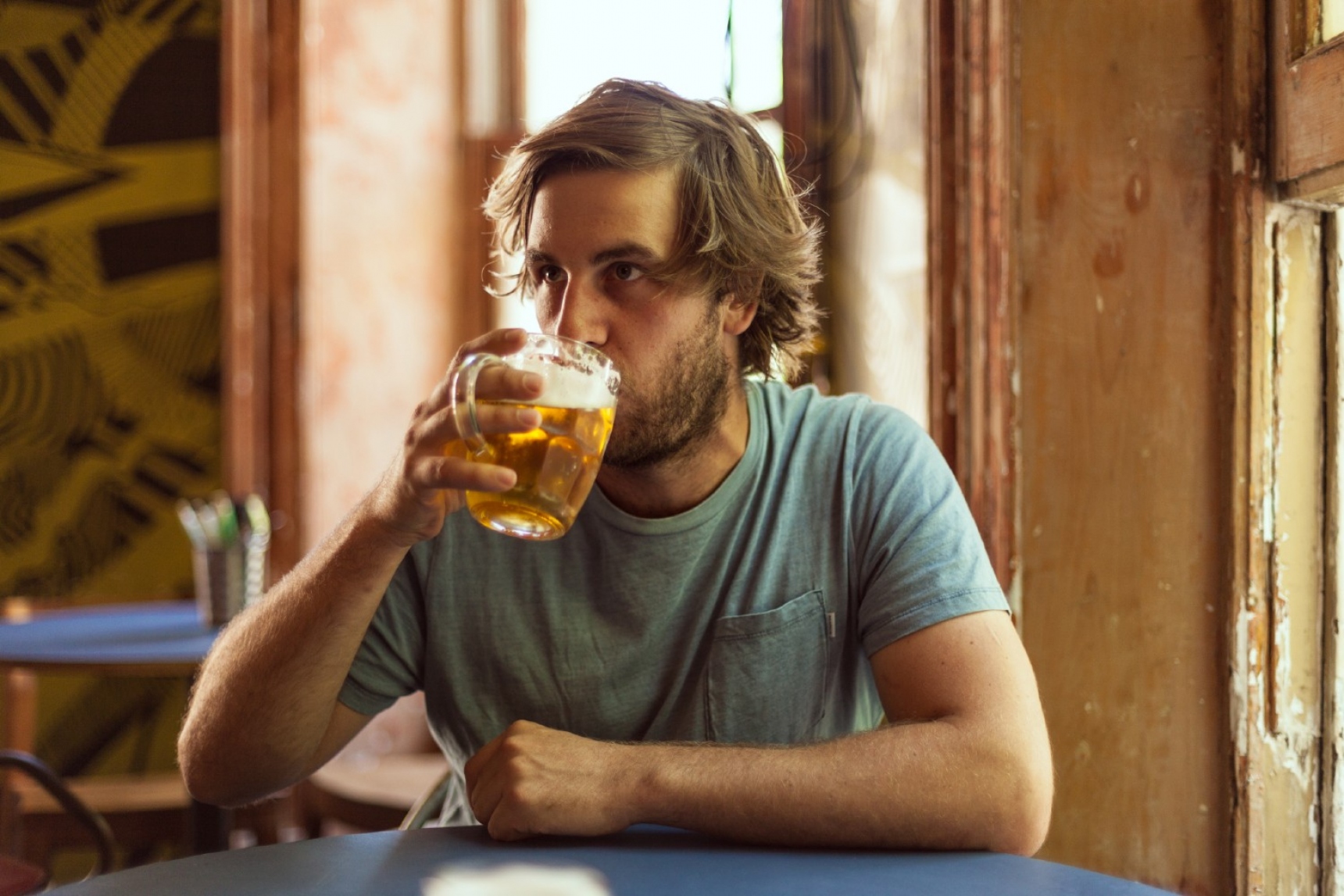 Nic Sandery could be the poster boy for wayward chemistry students. The founder of Molly Rose Brewing took his science degree and entered the world of beer, pursuing a graduate diploma in brewing as soon as he finished his undergraduate studies. “It combined my two passions of science, and eating and drinking.” After working at some of Australia’s best-known craft breweries including Little Creatures and Stone & Wood, he went on a world tour covering Japan, the UK and beyond to learn more about brewing practices, then followed it up by working two vintages in wineries back in Australia. “I learned a lot about wild fermentation, flavour extraction and barrels which I have transferred over to beer already.” Molly Rose started life as a blog to document these travels, evolved into a beer subscription service and finally opened as a permanent space in 2019. This March, the Collingwood brewery will be hosting a night where brewers and winemakers jump the fence and experiment with making something entirely new, while you get to try the results. Beer by a Winemaker, Wine by a Brewer is on sale now.

The last three delicious things I drank were a beautiful Maidenii Martini, served wet, at Old Palm Liquor, my new favourite local. The first bottle of wine my partner and I cracked post-childbirth, a Salo chardonnay, which we had with perfectly roasted chicken (if I do say so myself). And then a Grifter Big Sur IPA: it might not be from Victoria but it was fresh, clean and bright and had such lovely hop notes.

As far as I’m concerned, the defining place to get a drink in Melbourne is Mountain Goat. I was a brewer before I owned my own brewery and, back in the day, any visit to Melbourne was not complete unless you could fit in a Wednesday or a Friday session at Mountain Goat in Richmond. The vibe of the place was mind-blowing back then and is still awesome today. Drinking fresh beers right in the middle of the shiny tanks and underneath the offices covered in beer cartons in a red brick warehouse situated in an industrial laneway. It was pretty much the first place of its kind in Melbourne and inspired a lot of my ideas for Molly Rose.

If I were to choose a Victorian drink purely on the strength of its label, I’d go for Fixation's new release Dreamseeker. The design on the can by local Oli Ruskidd just makes me want to pick it up and stare at it while I drink the delicious contents.

The Victorian brew I’m digging the most right now is probably Colonial Pale Ale. It’s consistently delicious, well balanced and packs a bunch of flavour for a 4.4 per cent beer.

What’s Beer by a Winemaker all about, and what have you got in the works for punters? This event first started when we were looking for something to do in Good Beer Week 2019. My partner Callie of Pacha Mama Wines had many times taken issue with the fact that brewers get to make beer every day of the year and we get to use whatever spices, fruits, sugars we like. She wanted in on the fun, too! So we designed an event where we can team up brewers with winemakers to make delicious beers. To make things interesting (and also because I’m interested in it) we also feature wines made by brewers and even some wine-beer hybrids by awesome brewers like Wildflower. For this year’s event we have a few cracking beers on their way, with one coming from a collab between 3 Ravens and their new neighbours Jamsheed.

If I could take one Victorian bar czar with me to a desert island, it would be Josh Hodges from Mr West for his dreamy beach vibes.

When someone hands me a wine list in a restaurant, I generally hand it back and ask the person serving to suggest something they’re loving right now.

There’s no better value on a Victorian wine list/in a bottle-shop in this state than Pacha Mama. I may be biased as the wines are made by my partner Callie but they’re cracking examples of grapes from all over the state that punch way higher than their price tags would suggest. If I had to choose just one of their wines it would probably be the Yarra chardonnay.

For me, the most inspiring person in the Victorian drinks world is probably James Smith, the founder of The Crafty Pint. The way that he’s shepherded beer journalism in Australia is incredible and we (the small breweries of Australia) owe him a lot for his tireless efforts at unbiased and positive education of the public around all things beer and breweries. He was also a founding member of the Good Beer Week team – say no more.

Catch Nic at the MFWF event, Beer by a Winemaker, Wine by a Brewer on 24 March, and follow his adventures in brewing on Instagram at @mollyrosebrewing.