Anchored to the Yarra’s edge in City of Melbourne’s Queensbridge Square, the three-level hub was the centrepiece of the Festival program, bringing to life the 2014 theme of WATER; undoubtedly the most ambitious hub project undertaken by the Festival.

From inception nine months ago, to the nine-day build, then packing down the space this week, our heartfelt thanks goes to each and every partner involved in this collaborative project for their hard work, creative thinking and dedication.

Here we share a snapshot of what it took to bring this innovative space to life.

1 floating barge bar, towed in from Williamstown provided by Port of Melbourne Corporation.

26 tonnes of scaffolding featured throughout the Immersery.

Select AV lit up the space, including the cloud’s blue glow at night.

30 minutes of water-inspired sounds in the cloud.

Through Melbourne Water, visitors learned how to build a raingarden at home with inspiration from 28 hanging pots, 60 planter drums and 750 sections of cut storm water pipes filled with more than 1,000 drought-tolerant plants supplied by Warner’s Nurseries and Tall Trees.

6 chefs from Peter Rowland Catering brought the menu to life over 17 days.

More than 12,000 glasses of premium Victorian wine were sipped and savoured.

22 bartenders from across Australia crafted one-off cocktails for the State of Cocktails program.   Sour cherry foam, salted caramel syrup, smoked salt, seaweed fog and Lapsang Souchong tea were just some of the ingredients that made an appearance across the menu.

Find out more about the design inspiration with this VIDEO from design partner HASSELL.

Watch the nine-day build come to life with this VIDEO from build partner Schiavello.

The making of The Immersery 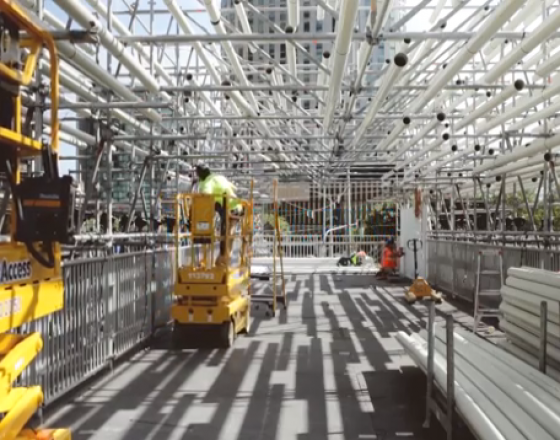 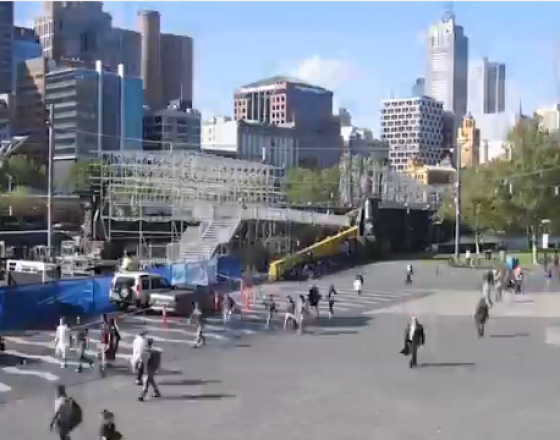