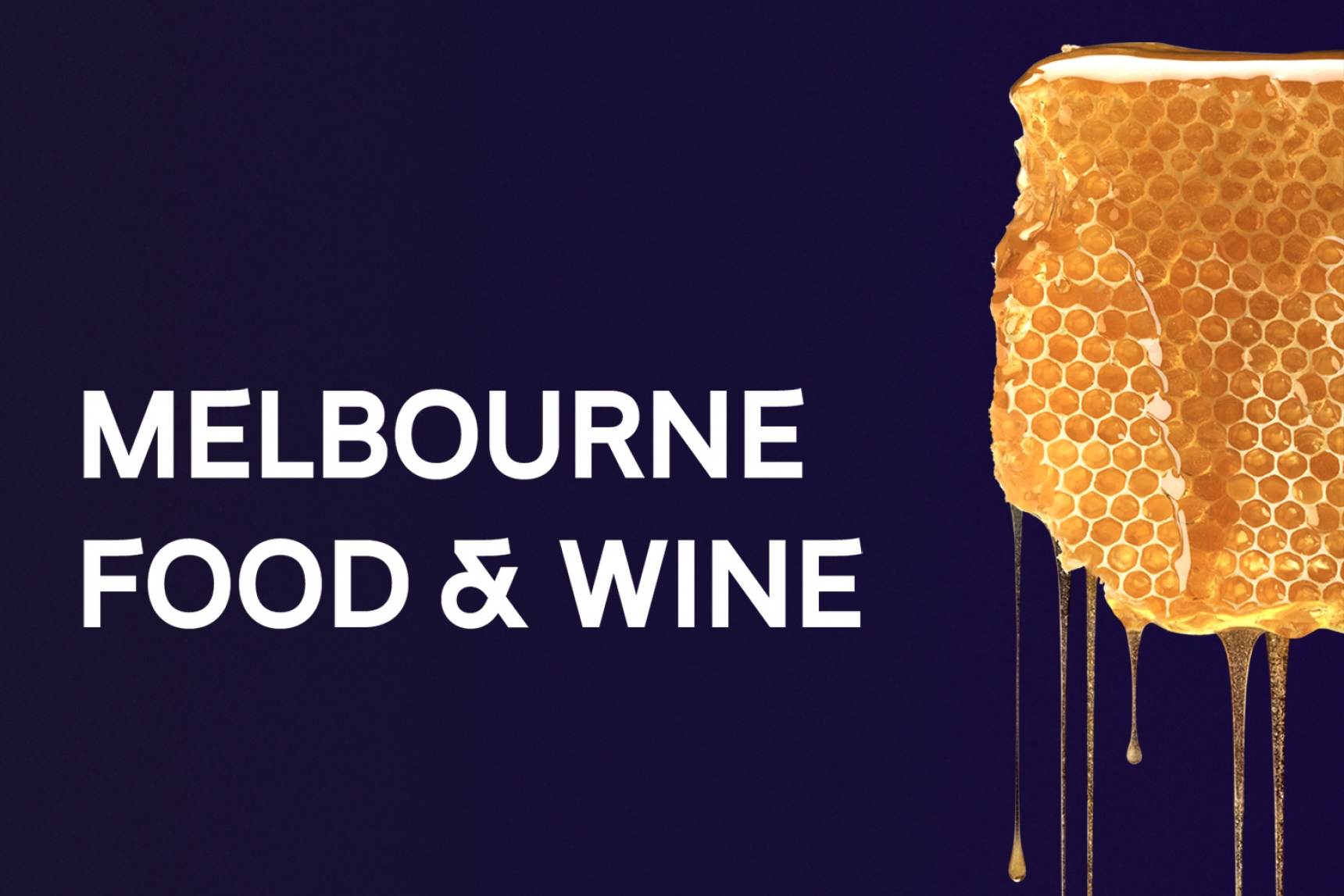 Melbourne Food & Wine is a podcast for anyone who wants to feast on conversations with the people who live and breathe food and wine, as they talk about the things that make them tick, the hottest topics in food right now and life inside the restaurants, cafes and bars you love.

From Melbourne Food & Wine Festival comes a podcast that brings the best of the food and wine world to Australia and the best Australian food and wine to the world. Melbourne’s top names are joined by visitors from some of the most exciting restaurants, bars and places to eat and drink around the world.

Season 1 was recorded live at the Theatre of Ideas during the festival in March 2019. Kate Reid of Lune Croissanterie speaks with Sam Sifton of The New York Times about what role obsession plays in creativity, the Joe Beef team from Montreal talk about being sober in an industry focused on selling (and celebrating) indulgence, and artist Kirsha Kaechele, of Hobart’s MONA, asks whether we can eat our way out of our invasive species problem. And that’s just the beginning.

Episode 1: Kate Reid on The Power of Obsession

Kate Reid, founder of Lune Croissanterie and creator of Melbourne's most delicious croissants, is the first to admit she has an obsessive personality. It’s a force that led her to chase her Formula One dream to the other side of the world, then go on to switch careers into patisserie and viennoiserie, where she’s risen to the top of her craft.

Is obsession always a force for good? Is it an essential ingredient in creative pursuits? Kate sits down with Sam Sifton of The New York Times to talk about her first obsession, why she left Formula One, the reasons she enjoys making pastries for people and if there’s such a thing as too much perfection.

Joe Beef restaurant in Montreal has been described by the late Anthony Bourdain as “a significant part of what makes Montreal dangerous – and delicious – to anyone who loves food”. Celebrating Quebecois cuisine in all its richness, Joe Beef and its sister venues are celebrated for their excessive style that bucks contemporary food trends. But in 2018, co-founders David McMillan and Frederic Morin surprised everyone by declaring their sobriety.

Along with business partner Derek Dammann, they made a rare appearance outside North America at the 2019 Melbourne Food & Wine Festival to talk about being sober in an industry predicated on indulgence, their latest book Surviving the Apocalypse, and what makes Quebec’s food culture so special.

Let plant-whisperer extraordinaire Peter Gilmore (Quay, Bennelong) lead you down the garden path, in the best and tastiest of ways, as he talks about the wide world of heirloom vegetables and forgotten seeds.

In conversation with his friend and supplier Palisa Anderson of Boon Luck Farm and Chat Thai, Gilmore talks about the many vegetable varieties that are overlooked, where he finds inspiration for his dishes and why he’s so passionate about reviving species that have nearly been lost.

If you love gardening, trawl seed websites for fun, or you’re a fan of Gilmore’s food, this episode of Melbourne Food & Wine is essential listening.

Sustainability has become a chief concern of the food world recently. But between looking out for the environment, the community, their staff and their own wellbeing, do chefs and restaurateurs still have the time and energy to cook? Can we do it all? Where should our priorities lie in 2019?

Episode 5: How to Drink Wine - and Why with Vanya Filipovic and Jane Lopes

Natural wine. Conventional wine. Preservatives. Biodynamics. When did drinking wine become so mired in controversy? How? Why? Isn’t drinking wine supposed to be fun anyway?

The trio consider everything from hangover cures to wine labelling laws to wellness, as they dissect the (not-so) simple act of enjoying a glass of wine.

It might seem like a crazy idea, but what if we ate our way out of our invasive species problem? Could we turn pests into a new source of food? Are we game enough to?

Artist Kirsha Kaechele of Hobart's MONA explores these very questions in her project Eat The Problem, inviting artists and chefs to contribute recipes for everything from rabbit to cane toad to uni. Shannon Bennett, Peter Gilmore and Heston Blumenthal are involved, alongside artists Marina Abramovic, Tim Minchin, James Turrell and more. Their submissions have been compiled by Kirscha in the gorgeously-designed Eat The Problem book, accompanied by an exhibition of the same name that was shown at MONA.

Get a taste for our problem species in this conversation between Kirsha Kaechele and Jill Dupleix, recorded live at the 2019 Melbourne Food & Wine Festival.