Vale Sisto Malaspina: A tribute to a Melbourne food legend 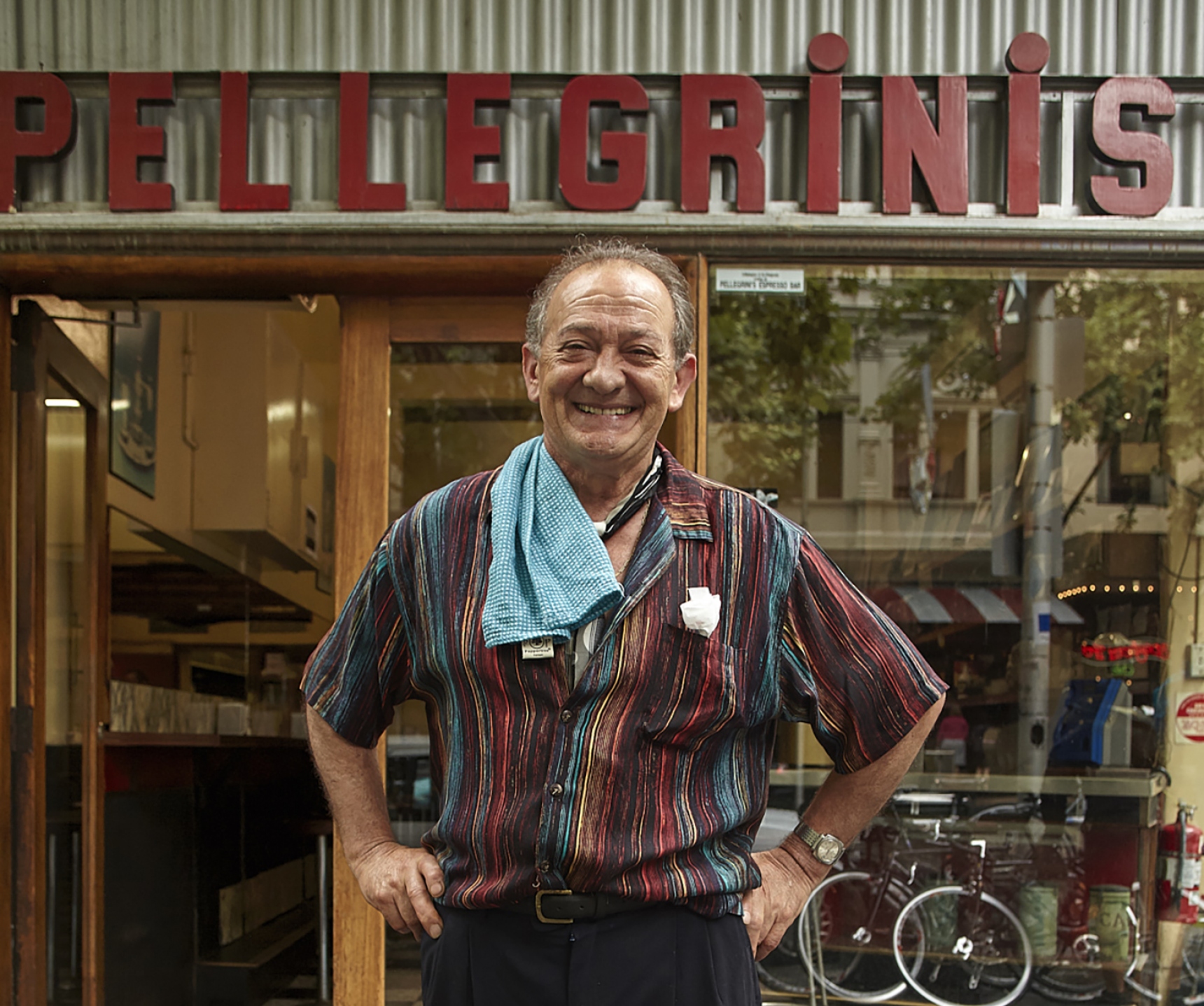 Con Christopoulos, European, The Supper Club amongst others

“I’ve known Sisto pretty much my whole life. He introduced me to all the good things in life. Pellegrini’s has been a constant in my life – I took my kids there before they could walk, I used it as an office in the ‘80s (remember the blue phone there?). It was the place we’d all meet up at before going out or finishing up after a night out – you didn’t even think about it. Sisto was always there. He always had something to say – savvy, political, opinionated, but always kind-natured and he knew exactly how much space to give you. What did I learn from him? I learnt consistency, I learnt commitment, I learnt traditional and I learnt community values. He was very proud and knew the worth of Pellegrini’s  - he nurtured it and protected it. And you know he died doing the simplest thing he did every day? Going for an afternoon walk.”

“Growing up in Melbourne in a hospitality family, Pellegrini’s would be the obvious place to pop into for a pasta and pastry. As a young adult I have fond memories sitting in the kitchen or at the bar. I do not remember a day in my life that Pellegrini or Sisto were not there. Pellegrini is so important to Melbourne because it represents not simply authentic Italian culture, but more so what we know and cherish as authentic Melbourne Italian culture. Sisto was truly part of the fabric of Melbourne known by so many people of different generations who have wonderful memories of him and Pellegrini’s. The senseless loss of such a kind, generous and humble man has touched so many of us.”

“Pellegrini’s was one of my first-ever restaurant experiences. My father, who was a Greek immigrant and a chef/publican, took me there in the ‘70s almost every week for my favourite spaghetti. I remember Sisto as a friendly, warm and caring man who represented everything my father spoke of about Greek and Italian immigrants. He spoke of their natural affinity with the business of hospitality and how it was a part of our ethos and culture to be giving. Sisto and his partner Nino would give me a freshly squeezed orange juice every time I went in saying it would keep me healthy. Forty years on they’d still give me that juice!”

“Even before I really enjoyed drinking coffee, I loved going to Pellegrini's to drink it. I loved Sisto's way of seeing people: warm, generous, full of possibility. He allowed you to be yourself, probably better than yourself. I think he was the first person who saw me as an adult, or at least I wanted to be seen as grown-up and the person reflected back in his eyes was a woman who wanted to drink coffee and read a book and look in the mirror at other customers and, his demeanour told me, it was perfectly reasonable to want to do that. For so many decades and through so many changes, Pellegrini's has been a constant and a constant positive in the life of the city and it's heartbreaking to see its story ruptured in this way.” 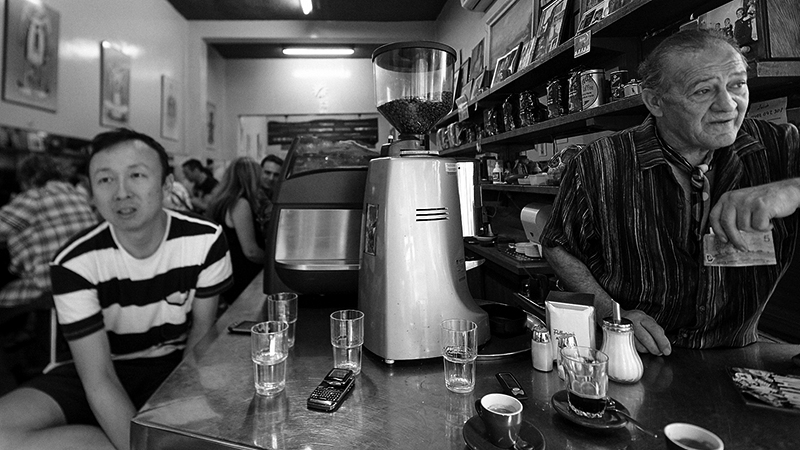 “Melbourne’s food culture is built on the foundation of pioneers such as the team behind Pellegrini’s. There’s the espresso, and the granita and the spaghetti but hospitality, the true meaning of what it means to being hospitable, has always been the bedrock of the business. And no-one understood hospitality, or indeed embodied it more, than Sisto Malaspina. Vale Sisto.”

“Pellegrini was the Italian café for many – it was the first in the city, and among the first to have an espresso machine. When Sisto became an owner, he continued a tradition, and built on it. Pellegrini was unpretentious, homely and sophisticated all at once. Sisto greeted everyone, everyone who went there recognised him. He had a word or a smile for everyone; for most people, he had the air of a loved uncle or grandfather. He was the sort of man you wanted to hug. He was the embodiment of hospitality, and that’s why his death has touched so many. This was a good man who went to see what he could do to help, who was killed because of his concern.”

“When I came out here as a student several decades ago, one of the first places a friend took me to was Pellegrini’s because they served European coffee and real Italian food and in the ‘70s that was quite revolutionary! Sisto educated Melburnians and left a valuable legacy for us to appreciate fine food from an Italian context and to make Australia a much more cultural society than what it had been. “

“Pellegrini’s is our longest-running single client. We started roasting beans in 1958 and they became a client in 1959. I started going there as a kid, that was more than 30 years ago and Sisto was the constant – always telling you a million stories, feeding you lasagna and a granita. I always felt like I was in his house, not his café. He reminded me of my nonno – he’d talk a lot and I’d listen a lot. Of course it’s an institution, it defined old-school hospitality – it’s all about service and relationships, and that was Sisto.”

“Over 30 years ago, Sisto and Nino Pangrazio gave me my first job in hospitality. In the back bar (which is now Becco) I was a very bad waiter. He gratuitously allowed me to drop trays of lemon granita over guests’ back on hot summer day and watched on as I destroyed multiple café lattes and cappuccinos. He taught me about a gentleman’s style of Italianity, about the nuances of perfect service and the importance of the guest experience. An icon, a little bit of a rogue, but always a gentleman – this town will miss him, as will I.”

“My experiences at Pellegrini’s, and therefore Sisto, came at a time of my return from Italy as a teenager in the early ‘80s. I was feeling very Italian, full of Italian passion. On my first visit to Pellegrini’s I felt I had met kindred spirits. I was quite intimidated, the café was full of artists, punks, students, the coolest of the coolest. And right then I was proud to be Italian! And it was then that I realised that the hospitality industry was calling me. I learnt about the art of serving across a bar by watching the efficiency of the Pellegrini’s crew.” 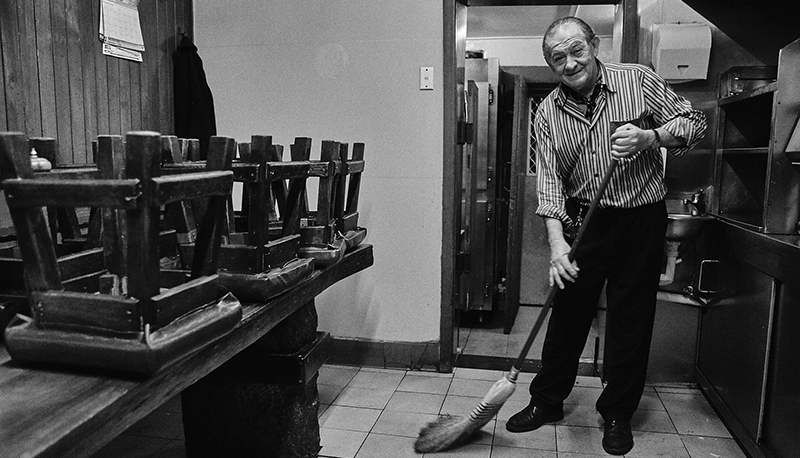