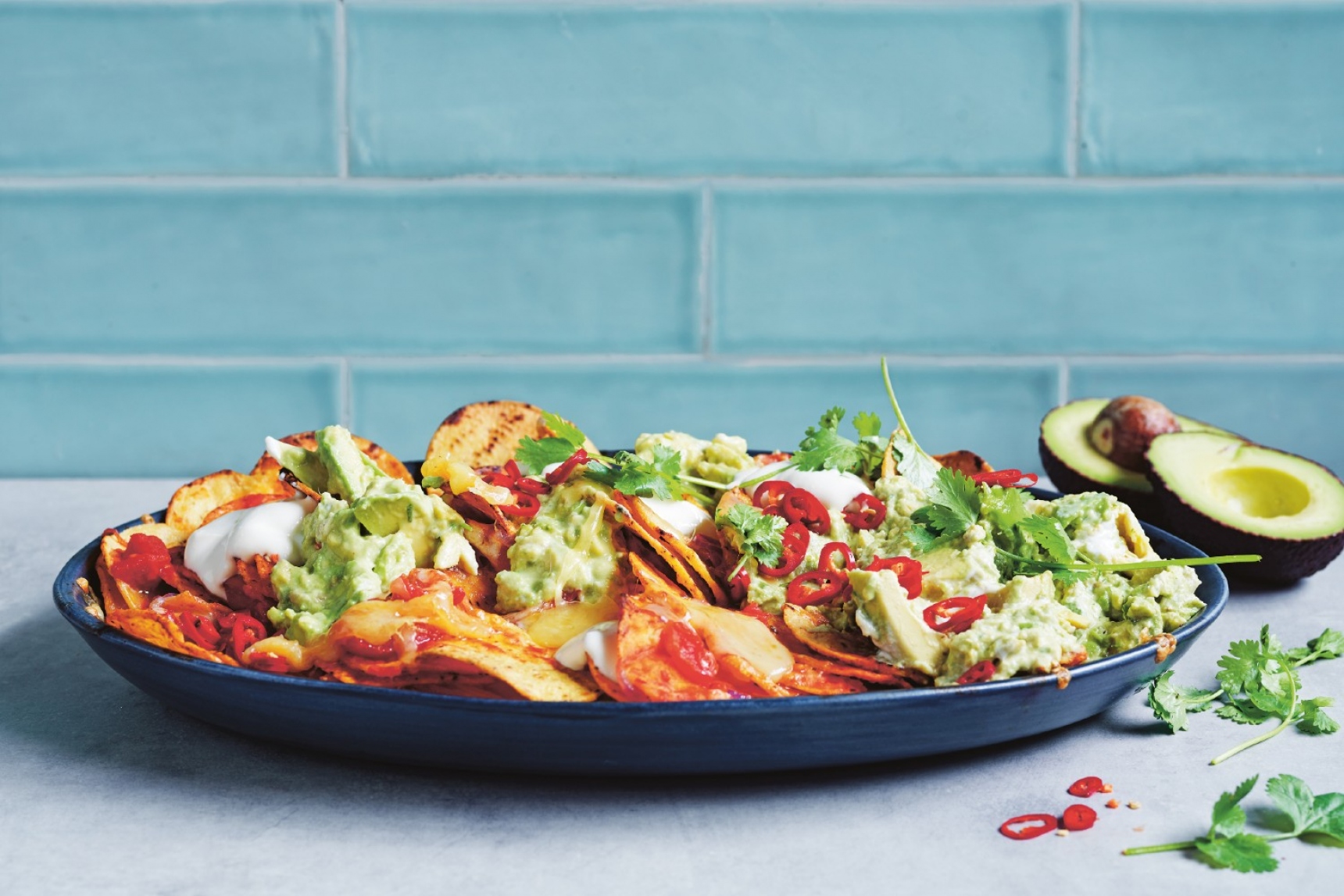 Nachos get a fresh and zingy upgrade in this recipe from Alice “In Frames” Zaslavsky, making them a perfect dish for summer barbecues and spring picnics or as a lighter party snack.

“I’ve written this recipe ‘for two’ because it’s the sort of thing you’ll want to whip up for a night on the couch with your significant other,” says Alice Zaslavsky in her new book, In Praise of Veg. “And, unlike traditional nachos, which can leave you feeling gassy and gross, the fresh tomatoes, plain yoghurt and zesty guacamole will give you the right kind of sustenance to stream and chill all night long. If you’re feeding more than two, you can easily double (or triple) the quantities as needed.”

2. In a large shallow baking dish, toss together the onion, fresh and tinned tomatoes, olive oil, salt and oregano. Bake ­for 25 minutes, or until the tomato and onion are­ completely soft and a little burnished.

3. Meanwhile, make the guacamole. Scoop the avocado flesh into a bowl and squeeze the lime juice over. Add the remaining ingredients and roughly mash together. Season with salt, pepper and/or more lime juice.

4. Pull the dish out of the oven and scatter half the corn chips on top, swirling them through the sauce until they sag and collapse. Add another handful on top and do the same again. Sprinkle with half the cheese and drizzle with olive oil. Arrange the remaining corn chips in some jaunty way, then sprinkle with the rest of the cheese and one more glug of oil for good measure.

5. Bake for a further 8-10 minutes, or until the cheese has melted and the corn chip tips have coloured a little. Top with the yoghurt, coriander and chilli, if using. Serve the guacamole in a separate bowl, or blobbed around the dish.

Mexican oregano is a totally di­fferent plant to the Mediterranean variety we’re used to, and is closer in flavour to lemon verbena – quite citrusy, with a hint of anise. If you’re making Mexican dishes quite often, it’s worth hunting down from a specialty spice store. Greek oregano, the kind often sold dried in bunches, is an acceptable alternative. Regular oregano is fine, too – just be a little more sparing with it. 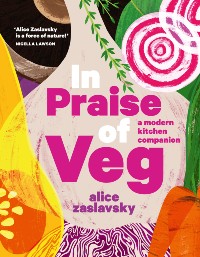 Images and text from In Praise of Veg by Alice Zaslavsky with photgraphy by Ben Dearnley. Published by Murdoch Books (RRP $59.99) and available where all good books are sold.