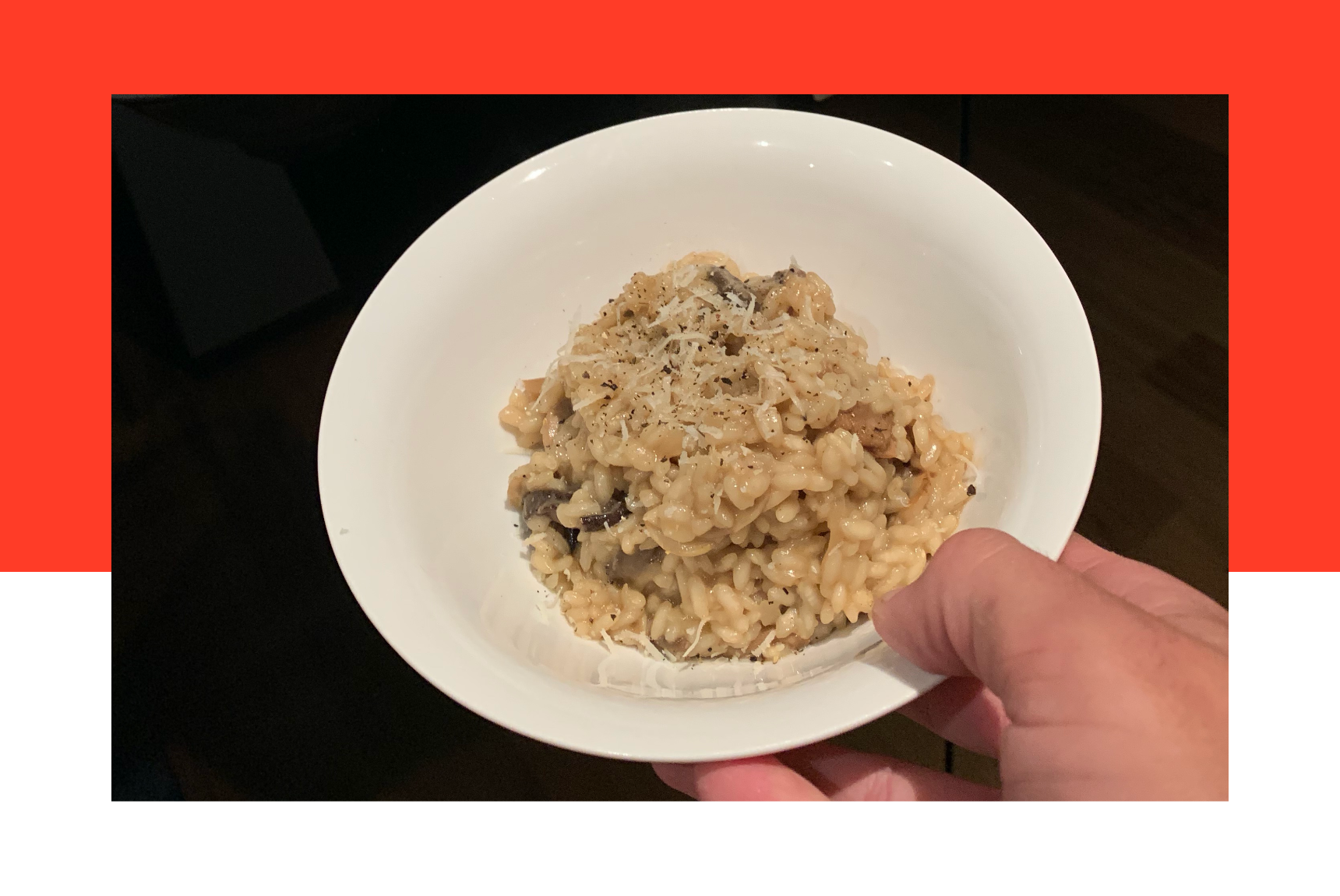 From our kitchens to yours comes What We’re Cooking, a series of sort-of recipes to inspire your next lockdown meal. Marketing Executive Sarah Brash shares her method for making risotto, including some suggested listening while you cook.

The recipe: Bring a couple of cups of chicken stock – or vegetable, if that’s what you have – almost to boiling then take off the heat and cover. Next, get your dried porcini mushrooms (40 grams or so) ready. Unlike humans, mushrooms don’t have to adhere to social distancing rules, so soak them all together in boiling water while you get the risotto underway. Sauté two diced brown onions in a generous amount of olive oil until they’re golden (colour-wise, think the opposite of your skin after a month indoors). Add 2 cups of arborio or carnaroli rice to the onions and stir until the rice is coated in all that oily, oniony goodness. You could add a splash of dry white wine here, although I don’t think it’s essential. Add in the stock (yes, all of it at once), and the soaked mushrooms including the boiling water they’ve been soaking in for extra flavour*, and bring it all to a boil. Turn it down to a simmer and turn up ‘Heaven Must Be Missing An Angel’ for an intermission boogie with your housemate, partner, dog or the wooden spoon. Keep stirring the rice occasionally until most of the stock is absorbed and the rice is tender with just a little bite to it (about 20 minutes). If your rice needs a little longer and all the liquid has been absorbed, add a half-cup more boiling water. When the rice is al dente and looks nice and plump from all that liquid it’s absorbed, turn off the heat and fold in some good butter and a tonne of grated Parmesan. Season your risotto with salt and black pepper and serve with chopped parsley and more Parmesan. There you have it folks: creamy, mushroomy deliciousness in under an hour.

*Tip: Hold back the last quarter-cup or so of the mushroom-soaking water – you don’t want the sandy bits in there.

What are we watching with this? This dish is best served on the couch, glass of wine in hand with a psychological narco-thriller to put life in perspective. For me that’s season three of Ozark on Netflix. Cancel that Zoom trivia you had lined up and strap yourself in: this is the best season so far.

Leftover potential? It’s not bad reheated the next day but I wouldn’t recommend keeping any longer than that. The fridge is not risotto’s friend. It’s best enjoyed straight from the pan in all its gooey glory. Seconds are a must if there’s enough to go around. 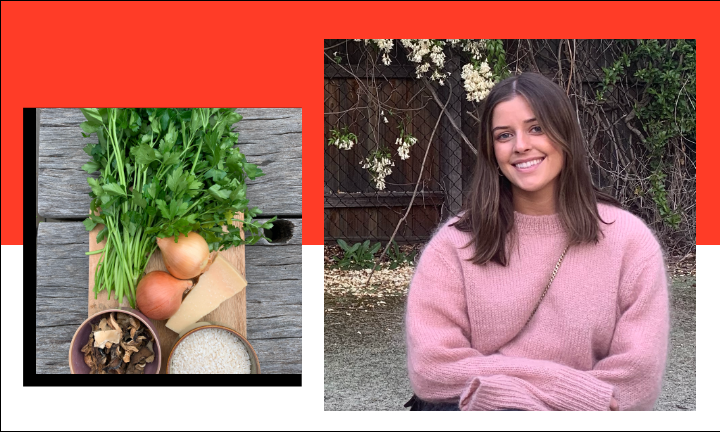