Gerald Diffey has spent four decades immersed in the world of food, wine and hospitality, from early days waiting tables in old English hotels to establishing two of the best places in the world to drink and eat: the award-winning Gerald’s Bar in Carlton North – Heston Blumenthal described it as “a proper, proper old-fashioned sort of bar” – and its sister Gerald’s Bar in San Sebastian.

His new book, Beggars Belief, is a collection of funny, poignant, insightful and just plain ludicrous stories from Gerald’s life in kitchens and behind bars: his formative years in the UK, memories of food and family; tales and tips from 40 years of service; journeys and meals, people and places, from lunch on the side of a volcano in Sicily to dinner on a beach in East Timor; stories and recipes and drinks suggestions from North Carlton and San Sebastian; vignettes, slices of life, observations.

“Romance,” writes Diffey in the introduction. “That’s what I sell. Sensual pleasures. Sights, sounds, smells, touch, taste. Cyrano de Bergerac said: ‘I have tried to live my whole life with panache.’ If I said that, I’d sound like a twat. But you get the drift. I’m off to bone some quails.”

I wrote Beggars Belief starting more than 10 years ago. The bar was established, and I found myself looking at all the accumulated ephemera, the souvenirs, the hand-me-downs from other restaurants and bars, mine and other people’s. The furniture and the cutlery and the crockery, they all had stories, stories that meant something to me and I thought people might enjoy some of these back-stories, some of the history and a little of the philosophy that make Gerald’s the bar it is.

Over those 10 years I wrote, but of course as soon as you start describing, say, an old enamel teapot, you have to then tell the story of three generations of family, going down a rabbit hole of war, poverty, sacrifice and love. Oh yes – and tea.

The pitch to the publisher was a scrapbook of sorts. Melbourne Books had been recommended to me by a friend, and Max Allen, my friend and co-author, put together a dozen or so stories that he thought showed off the book’s style, and we met the publisher, David Tenenbaum, for an exploratory drink.

I was nervous because I thought most “cookbook” publishers wouldn’t be interested in a scrapbook of my unreliable memories, tastes, rants and rhubarb. But Melbourne Books deal in the humanities, and the curiosities of Melbourne and Australia, so (incredibly) he offered to publish the book and here we are.

The main thing I learned writing it was… In the frenetic world of hospitality, you spend a lot of time tuning things, making adjustments, economising one day, investing the next, a constant gardener. But when I sat down and wrote, I started looking at myself. When you go rifling through the drawers of your life you come across things that shaped you, encouraged or changed you. I came to be appreciative of times and people that had slipped into the fog of time. I remembered who I was then, not always entirely proud of it. Writing allowed me to connect my selves and reacquaint with others. The process certainly put me in communion with my failures, and helped me forgive myself. I’d like to think it’s made me a nicer person, or at least a more tolerant, kinder one. So I’ll keep writing; it’s good for me.

If you take one thing from this book, it should be that life is wonderful. Eat, drink and be merry.

But I’d also love it if you tried my Fabergé eggs and a Chatham Pony cocktail party.

If you’re a relatively new cook, give the Vulcan death-wallop soup a go.

If you’re looking to extend yourself a bit more, meanwhile, try the Tony Cascarino Scotch egg. It’s like a three-bite full-English, complete with sausage, beans, bacon and black pudding.

When I’m weighing up buying a cookbook or a book about food for myself, I look at the pictures. It’s a bit like National Geographic, or Penthouse magazine – you just want to see all the places, even though you know you’re probably not going to visit them all for yourself. Besides, I think recipes are about the idea of a dish – you might be seduced by the pictures and then go and make something of your own that’s completely different. Unless you’re baking. Baking is a science, and the rules are there for a reason. I rarely bake.

Food books, on the other hand, tend to be about more than food; stories around the subject of food require a broader canvas. Just like we serve food and wine at the bars, it’s not the whole story. I like adventures with my food and vice-versa.

The books I refer to most often when I’m cooking are At Elizabeth David’s Table (easy, tasty, timeless dishes); Nose to Tail Eating (Fergus Henderson’s style makes me hungry; I start leafing through my dog-eared copy of the book and the next thing I know I’m at the butcher’s); and The Ivy Cookbook, by AA Gill (I reread bits of it often; Mr Gill had a descriptive talent that makes me proud to be a restaurateur, and I find myself agreeing with him like we’re kindred spirits. The recipes work, too, but it’s the sum of its parts that makes it delicious).

Gerald Diffey’s Beggars Belief ($35, Melbourne Books) from is available from 18 November from great Victorian booksellers such as Readings, Books for Cooks, Hill of Content and The Paperback Bookshop and is available for pre-order online now, melbournebooks.com.au. 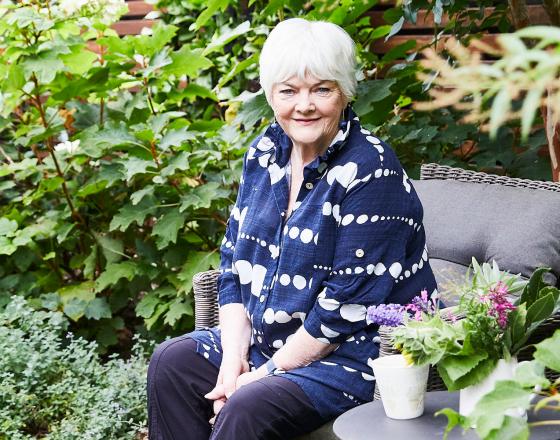 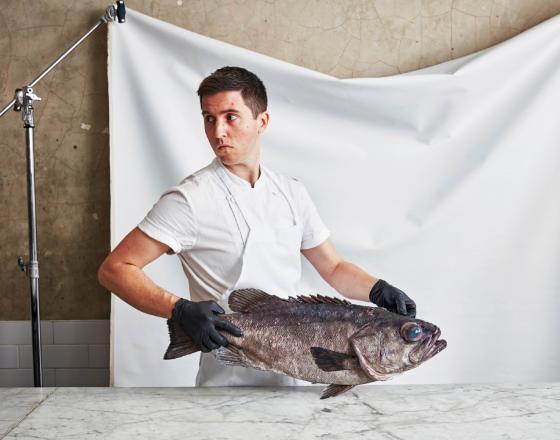