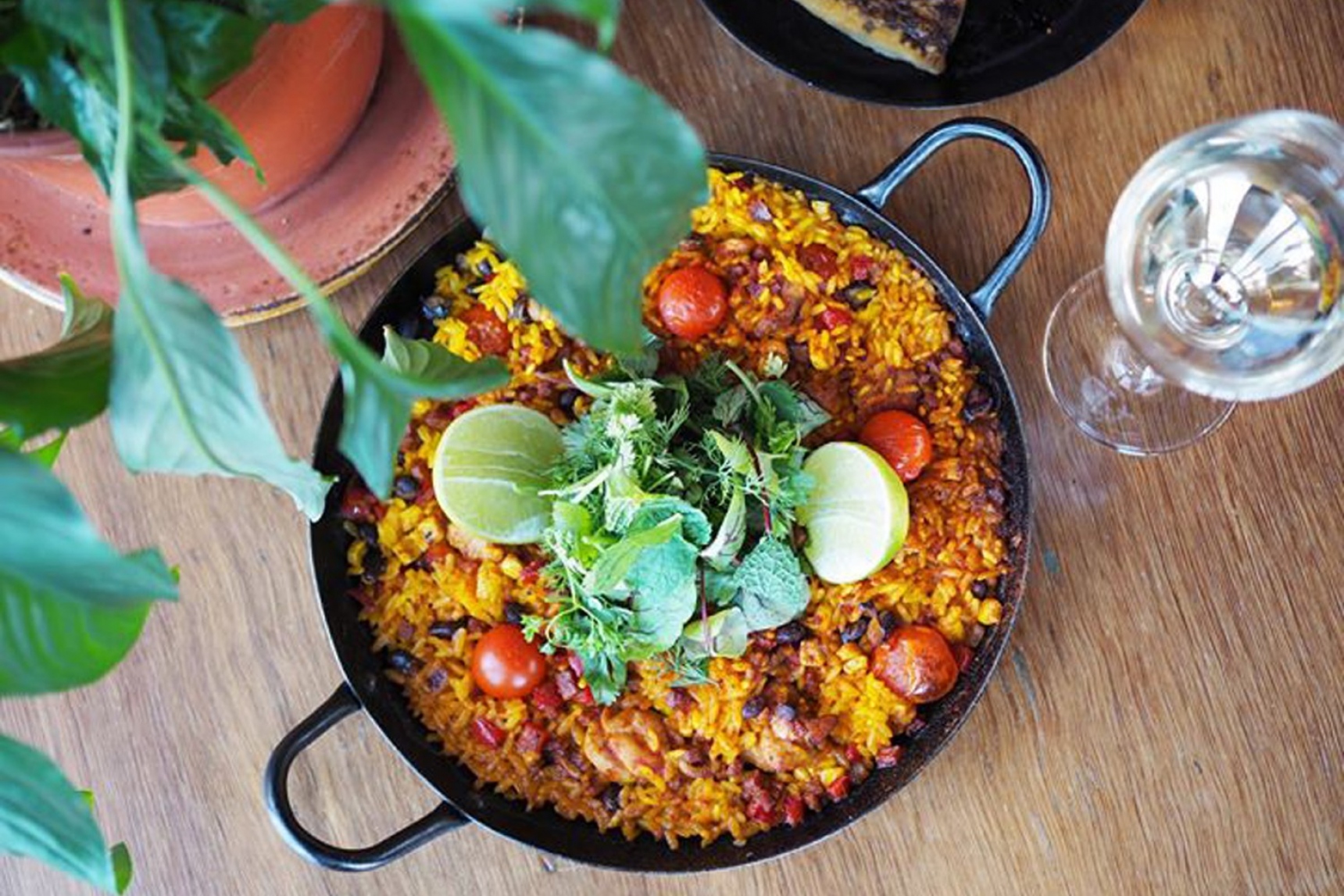 Who said New Year’s celebrations have to blow the budget? Experience the joy of Cantonese feasts, Mexican street-food and Japanese snacks while you savour that feeling of finding a true bargain.

Tickets for these events and the whole New Year Street Feasts program are on sale now.

It might be one of Melbourne’s premier Chinese restaurants, but Lee Ho Fook isn’t afraid to get down for New Year’s Eve. The team are heading into AC/DC Lane and offering $40 tickets to their “half-hour of power”: a quick stop for a bowl of the restaurant’s much-loved fried eggplant and a glass of Champagne. The eggplant, a staple of the menu, is deep-fried and tossed in a sticky, spicy and salty red vinegar sauce. If you’re a fast eater (or just a big fan), you can add another serve of eggplant and if you’re seeking extra refreshment, there are Tsingtao longnecks also available.

Seeking low-hassle New Year fun? Don’t got past a spread of fresh Mexican street food that’s available all day and well into the night. Fonda is delivering the goods with a sharing menu of char-grilled corn, tortilla crisps and guacamole, tacos, quesadillas and the sweet goodness of bunuelos for lunch, dinner and in between on New Year’s Eve and New Year’s Day. And it’s all yours for a flat $50, with a jug of the house Margarita thrown in for two to share.

These neighbouring restaurants in Docklands are keeping the festive vibes going well into the new year with a pair of paella parties on 1 January. Each venue will be firing up the giant pans and offering tickets that get you all the paella you want for a cool $35. Bring your pals and show 2021 that you mean business.

Izakaya Den has been serving Melbourne cool cocktails and clever bites for more than 10 years – and now it’s about to enter a new era. Be among the first to try the new Den with a visit on New Year’s Eve or New Year’s Day. For $50, you get four plates from the new menu, perhaps a Japanese eggplant salad with ginger tosazu or sashimi with Tasmanian wasabi and shoyu. Plus a drink is included – choose from cocktails, sake or wine.

It’s not often that you can sit down to a Cantonese feast of seafood and stir-fried goodness for less than $50 a head. But Shark Fin Inn is making dreams come true this New Year’s, with a seven-dish banquet featuring Cantonese steak, sang choi bau of chicken and duck, crab claws stuffed with minced prawn and more.

One of Melbourne’s most discreet addresses, Hihou is coming down from its perch above Spring Street and getting into the street celebrations for New Year. The team will be grilling Japanese-style pork sausages and serving Hihou dogs, a high-end take on your classic hot dog with Baker D Chirico bread and plenty of Japanese pickles and condiments to make it your own. Vegetarians are catered for with the shiitake mushroom dog, and every ticket includes your choice of a beer or a cocktail. Did we mention it’s just $25?

Could this be the greatest bargain in the city of Melbourne over the New Year? For a mere $55 you get five courses of RuYi’s contemporary Chinese fare, delivered with a spicy kick. The team have created a menu where heat is the name of the game, from spicy wings to numbing beef, so you can really kickstart your year.

For change from $100, you get the full mambo Italiano at The Meatball & Wine Bar. Enjoy four courses of easy-to-love fare, starting with the antipasto plate and a glass of Prosecco (it’s part of the ticket, too), before you move on to the reason you came: the meatballs. They’ll be pork and veal on this occasion, served with sides and a salad of pear, rocket, aged parmesan and balsamic vinegar. Tiramisù is the sweet finish to your $65 night out.

When it’s dumplings you’re after, all roads lead to HuTong. And with a $68 banquet that features all the good stuff – xiao long bao, chilli wontons and more – that’s especially true on New Year’s Eve. The team are serving nine courses of their signatures, so you can look forward to beef with black pepper, eggplant with chicken, sour spicy soup and salt-and-pepper scallops, along with the famed dumplings. And they’re open on both New Year’s Eve and New Year’s Day.

Good times abound when pizza and pasta are involved. The Neapolitan pizza pros at +39 are doing their thing from 4.30pm on New Year’s Eve, and rounding things out with gnocco fritto and salumi to start and a classic Italian dessert of your choice to finish. Throw in a welcome drink and a price tag of $60 and the decision of where to spend New Year’s is practically made for you.

This Italian restaurant on Hardware Lane is leaving nothing to chance, offering a four-course dinner that’s centred on the luckiest and most celebratory Italian dishes for New Year. The main event will be roast suckling pig with white polenta, while for good fortune guests will be treated to cotechino sausage with lentils. Then there are the dishes that are just plain delicious: tomatoes with burrata, cacio e pepe toasties and figs with lardo. And it comes in right on budget at $75.

It’s hard to think of a better way to welcome the new year than at Bar Lourinhã. The team will get your year off to a roaring start with a menu inspired by Lisbon, from the city’s famed pork bifana sandwiches to a selection of sardines, peppers, squid and more from the grill. Save room for the clams with coriander butter and don’t go home without trying Portugal’s cherry liqueur, ginjinha. Its all part of the $70 package. 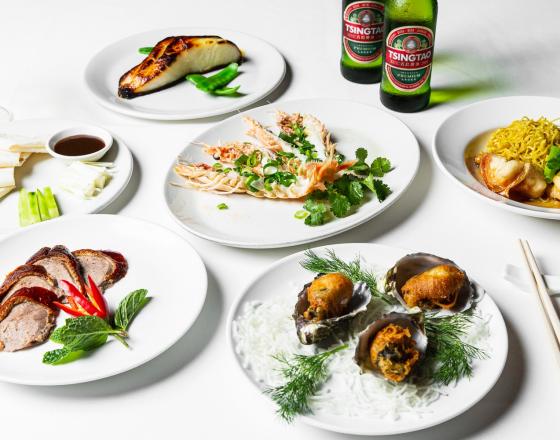 Where to celebrate on New Year’s Day 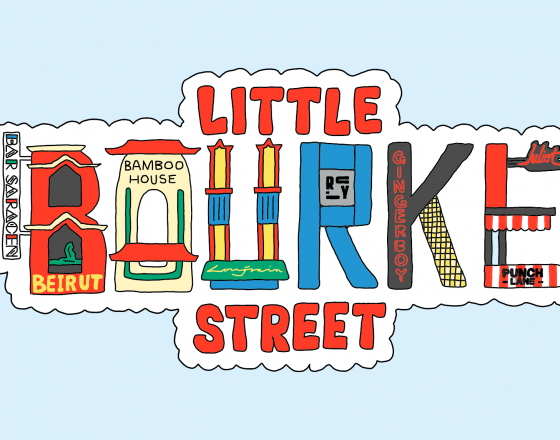 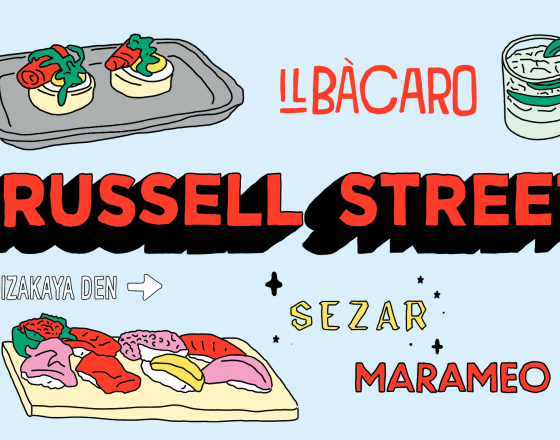