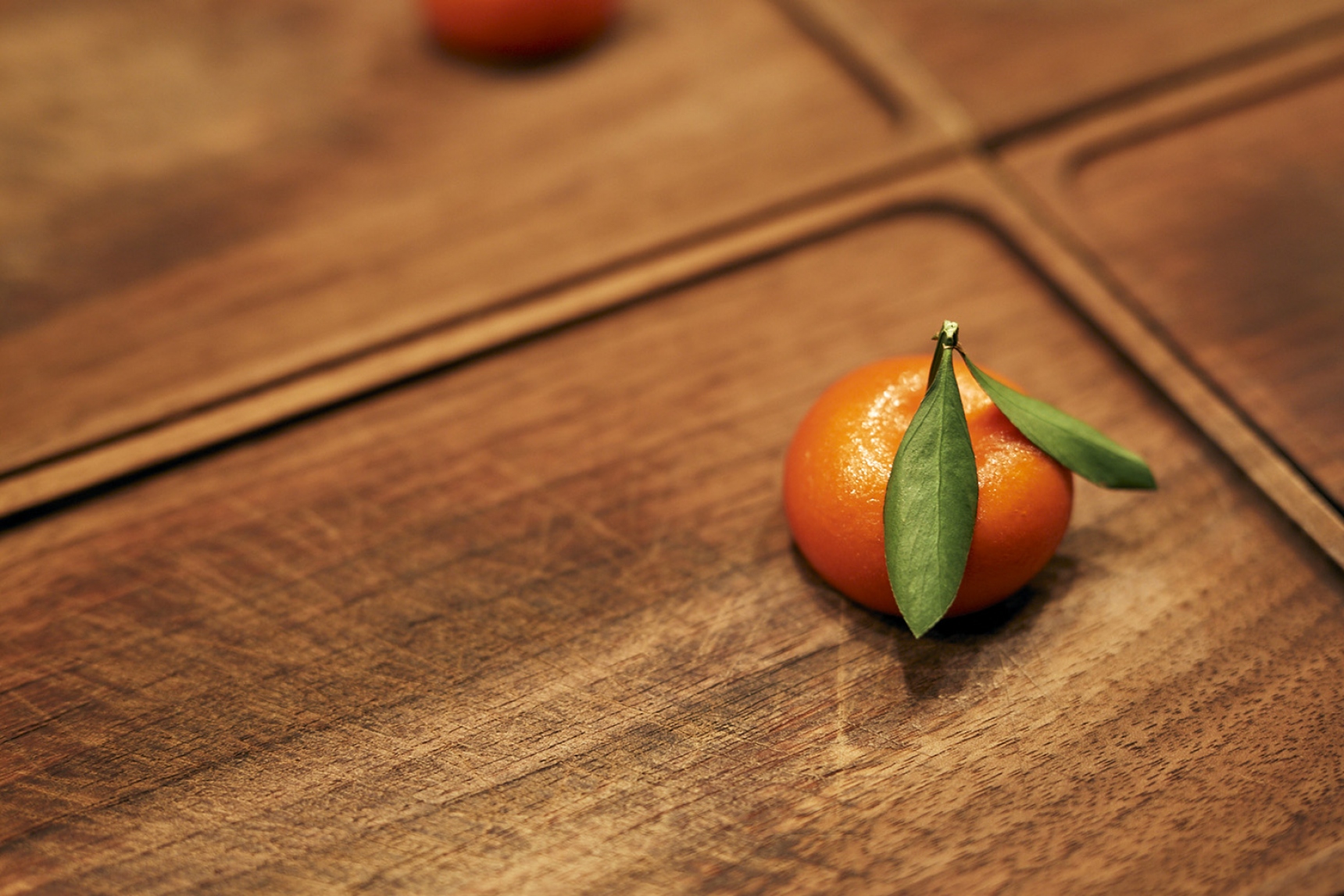 Meet the new Meat Fruit at Dinner by Heston. No meat. No fruit. No problem.

You read that right: the Meat Fruit, one of Heston Blumenthal’s signature dishes, a sphere of chicken liver parfait masquerading as fruit, has spawned a vegetarian-friendly version. It’s a meat-free Meat Fruit and there’s no seitan or tofu in sight.

Chef Ashley Palmer-Watts and his team experimented with many formulas to create a mushroom parfait that would echo the richness of the meaty original. The end result uses shiitakes and buttons to maximum effect, with truffle added the mix. The parfait is rolled in chopped black truffle and dehydrated mushroom powder for another savoury hit. On the plate, it bears close resemblance to a black truffle, rather than the mandarin or plum of the original Meat Fruit. But you can be sure it tastes every bit as rich and satisfying. 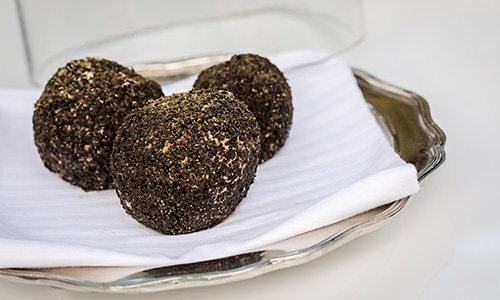 The meat-free version of the Meat Fruit

It’s part of the new vegetarian tasting menu at Dinner, one of two 10-course options that have replaced the previous à la carte and set menus. (The other 10-course menu is for the meat-eaters).

The move to degustation-only means Dinner joins a club of a dozen or so Victorian restaurants that also includes Brae, Igni, Attica and Amaru. It’s not a move that’s on-trend. Most restaurants are moving in the other direction, offering bar menus, no reservations or fast-casual spin-offs. But Dinner is a restaurant that knows what it does well. And that’s giving the punters something special and, often, surprising.

Apart from the meat-free Meat Fruit, Dinner also serves what might be Melbourne’s fanciest chicken feet. They’re deboned completely using tweezers, dehydrated and fried until crisp for your eating pleasure. You’ll find them in the new Rice and Flesh dish, a comforting bowl of rice, saffron, almond cream and sweetbreads.

“A lot of the other textures in the dish are soft and unctuous, so this adds crunch and spice,” says executive chef Evan Moore.

The new menu also weaves in plenty of local history. Earlier in the meal, during the small bites that make up the Savouries, an oyster is presented on a small square of concrete, along with a story about how oyster shells were used in the early days of European settlement, crushed and added to concrete as a cheaper alternative to limestone.

It’s a story that feels worlds away from eating a meat-free parfait in a restaurant beside the Yarra. But that’s the surprise you look for when you’re splashing out on dinner. 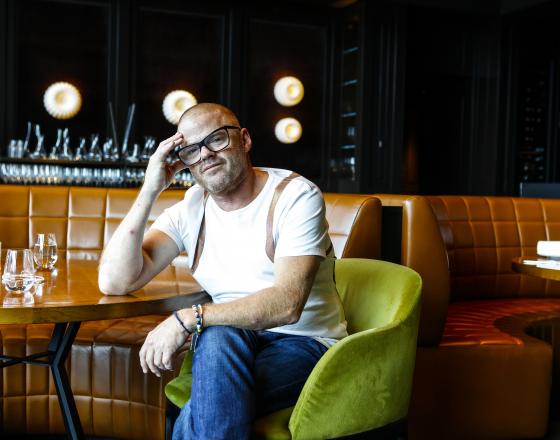 Heston Blumenthal: Why I Love Melbourne