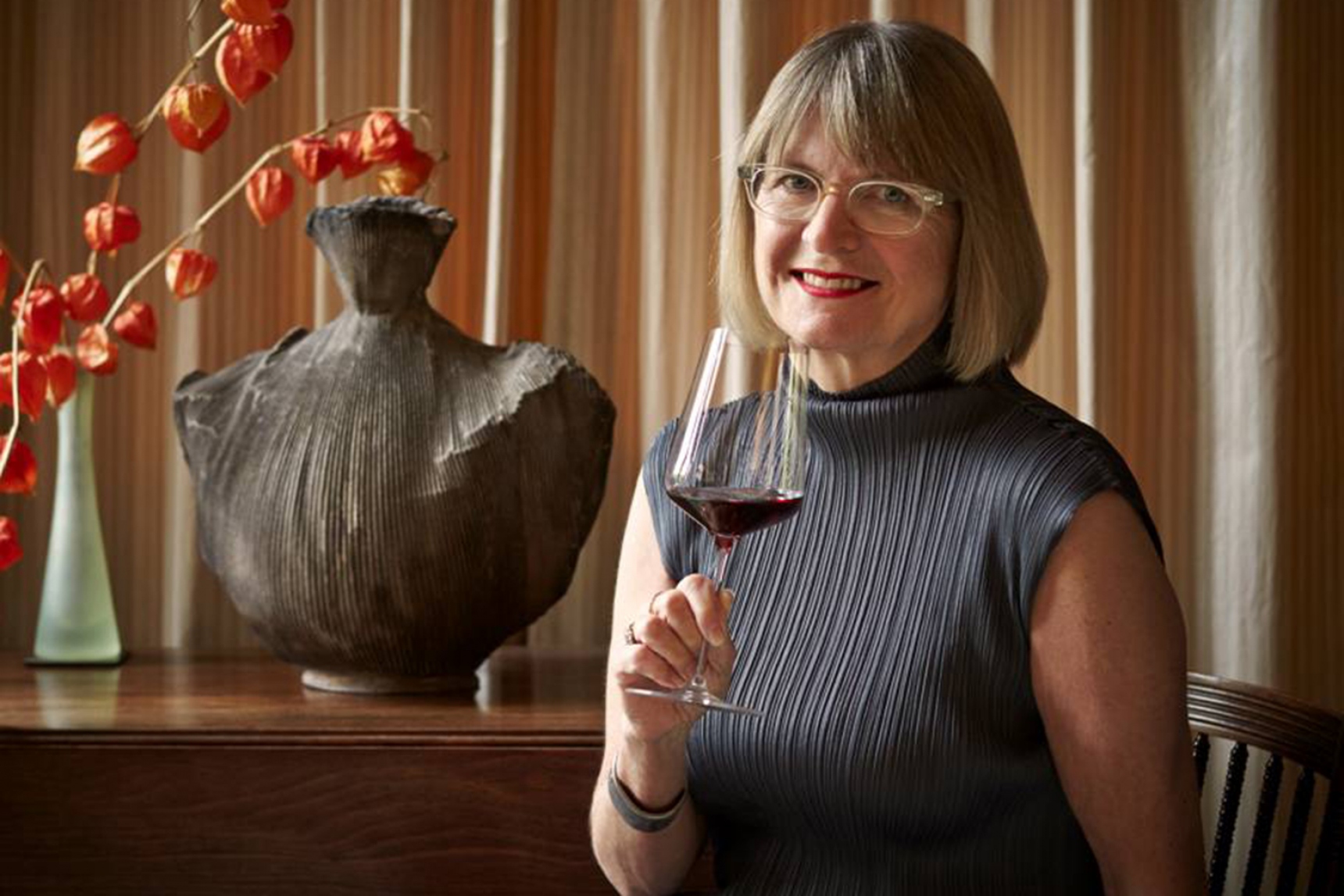 Often named the world’s most influential wine critic, Jancis Robinson nonetheless views herself as a wine writer rather than a critic. She writes daily for jancisrobinson.com, weekly for the Financial Times, and bi-monthly for a column that is syndicated around the world. She is founder-editor of The Oxford Companion to Wine, co-author with Hugh Johnson of The World Atlas of Wine and co-author of Wine Grapes, all books recognised as a standard reference worldwide. In 1984 she was the first person outside the wine trade to pass the rigorous Master of Wine exams, and in 2003 she was awarded an OBE by Her Majesty the Queen, on whose cellar she now advises. In one week in April 2016, meanwhile, she was presented with France's Officier du Mérite Agricole, the German VDP's highest honour and, in the US, her fourth James Beard Award. Just to keep her hand in, in 2018 she put her own ideal wine glass into production as well. Jancis travels all over the world to conduct wine events – often for the global literacy initiative Room to Read – and in October comes to Victoria forthe Langton’s Chardonnay Symposium Australia 2019, in the Yarra Valley. Ahead of her arrival we quizzed her the drinks that have caught her eye of late.

The last truly delicious thing I drank was a mature dry riesling from a double magnum of Van Volxem Altenberg GG 2012,

As far as I’m concerned, the defining place to get a drink in Melbourne is, according to Patrick Rankine, who submitted an entry on Melbourne in our travel writing competition that we published on jancisrobinson.com recently, The Alps Wine Shop because it has such a wide range of wines that are both Australian and imported, natural and not.

If I were to choose a Victorian drink purely on the strength of its label, I’d go for Bill Downie’s pinot noir (and the liquid inside isn’t bad either).

When someone hands me a wine list in a restaurant, I bless them for not assuming it will be the man I’m with who will decide what we’re going to drink.

There’s no better value to be had in Victorian wine than Rutherglen muscat – Australia’s unique gift to the world of wine that deserves far more attention and appreciation.

For me, the most inspiring person in the Victorian drinks world is James Halliday, because he works even harder than I do.

Jancis Robinson visits Australia for the Langton’s Chardonnay Symposium Australia 2019 in the Yarra Valley. On Thursday 31st October at the Yarra Valley Racing Centre, she will be joined by James Halliday, Vanya Cullen, Michael Brajkovich and many other wine industry leaders to present their knowledge and share their passion for chardonnay. Tickets are on sale now at chardonnaysymposium.com.au.