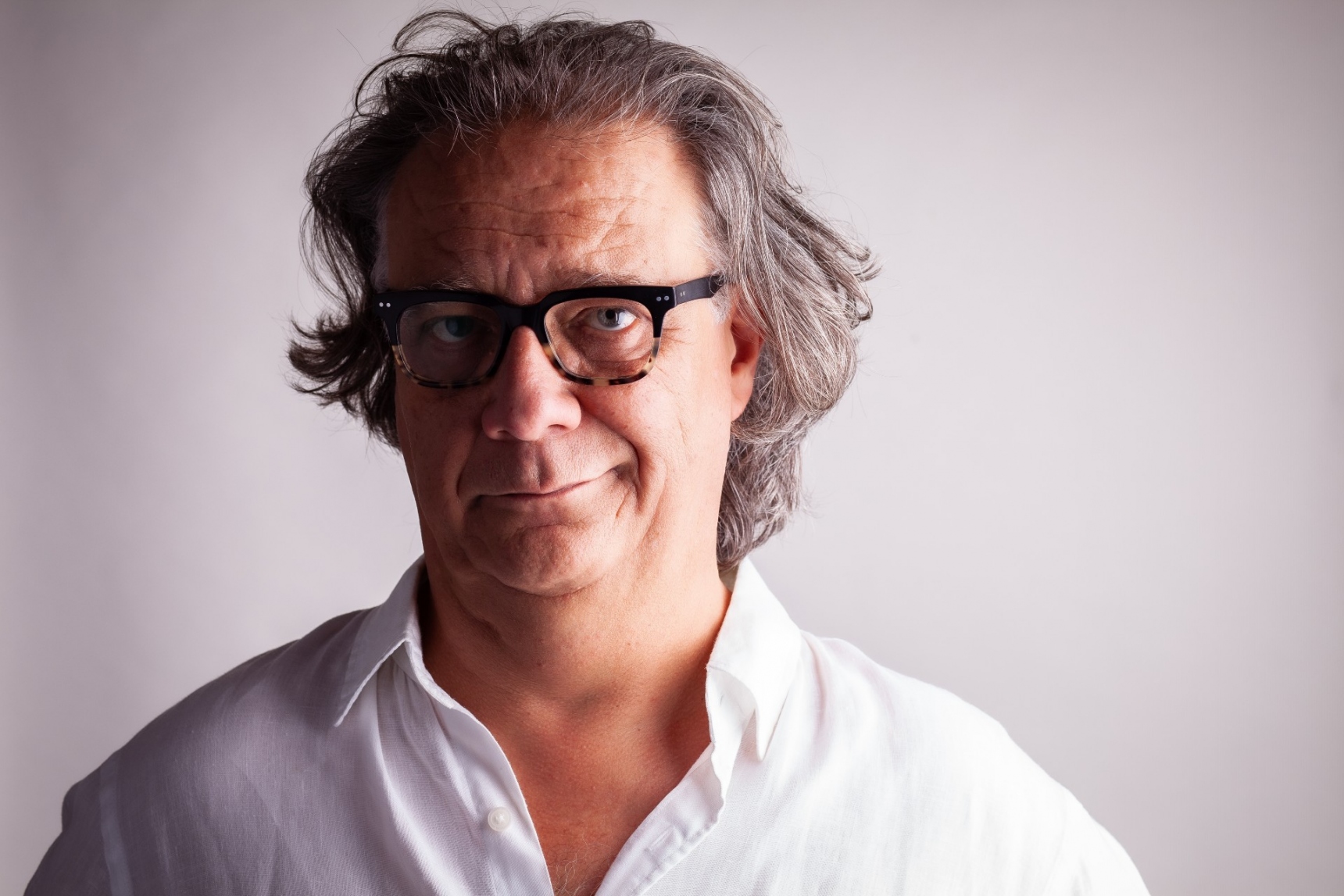 Photo: Broadcaster Cam Smith, host of Eat It on 3RRR

Cam Smith is the host of the longest-running food show in Australia, Eat It, which broadcasts live on 3RRR every Sunday at noon. A man with a passion for food, drinks and community, Smith has a keen interest in the people that power hospitality and our food systems, and whether they’re home cooks or award-winning chefs, there is always plenty to talk about.

Beyond the microphone, Smith has a wealth of experience in TV and video production, having worked on Iron Chef and MasterChef, and has art-directed for food and wine companies around the country. His keen palate and MC skills have established him as a regular host and judge at food and drink events around Melbourne and regional Victoria as well as hosting local and international delegations for the state and federal government. Cam Smith was inducted into the MFWF Legends Hall of Fame in 2020.

The proudest moment in my career was when I was called in to help design and facilitate the set for Iron Chef Australia. It had to look ‘commercial’. It was my job to convince the art director that domestic stoves and a MasterChef domestic vibe just wasn’t going to cut it with the viewers and the chefs who were going to participate on the show. We got that set ready and looking the business in around six weeks, an extraordinarily short amount of time for a major TV production.

The mistake that taught me the most was to never follow in someone’s great footsteps, especially downstairs to a basement restaurant. I had been working on Bedarra Island in the Coral Sea and had returned to Melbourne in the late ’80s, where I took over South Yarra institution Two Faces downstairs. Let’s just say it didn’t go well. I have great respect for operators who can make a success of a basement restaurant. I’m looking at you Caterina.

My first jobs in hospitality were at The Troika, McDonald’s and The Beauie. My dear departed mother was a big TV star in Canada. She had a coast-to-coast show that broadcast out of Montreal. Upon moving to Australia, she still hankered to perform, so she got a job singing at a nightclub on Beach Road called The Troika, run by a colourful Bulgarian named Jordan Bakaloff. Somehow, mum talked Jordan into hiring me as an underage glass washer. I was 15 years old and found it fun working in this very grown-up environment. A week before Christmas, the nightclub was completely booked out and the barman ran away with one of the female waiters, leaving me to look after the cocktail bar. What a night. Orders of Grasshoppers, Brandy Alexanders, Brandy Crustas and Martinis flowed. It seemed everyone wanted a cocktail and there I was frantically reading recipe books to work out how to make them. We got through that night well, but I remember lucid dreams of desperately making drinks that night. My underage barman career didn’t last long, but I made far more money than my usual meagre allowance. After this baptism of fire, I got a more conventional job for my age at the local McDonald’s before moving on to the Beaumaris Hotel as a drinks waiter for my first real job with the grown-ups.

The reason I got into this industry was because I’ve always loved food and my parents had a gift for feeding and entertaining their friends. It was how I learnt to appreciate how food can bring people together and delight, beguile and even heal. Being able to feed others was something I knew I had within me thanks to them. I knew deep within me that this was the industry I wanted to be in, and these were my people.

The reason I stayed was if I’m honest, I’ve stayed on the peripheries of the industry and this tribe I love. Being a broadcaster on Triple R on Sundays has given me the opportunity to champion, reflect and at times, celebrate and commiserate with the group that feeds and produces for we very lucky people.

My mentor is or more the person who has had the greatest influence on me; a chef named Paul Strawbridge. I had just left working at Taco Bill’s on Fitzroy Street, the only job that I have ever walked out of. After an introduction by Sharon Ballantyne, I got a job on the floor of Donlevy’s in Middle Park, one of the first restaurants to do nouvelle cuisine in Australia. The differences between the places were astounding. Donlevy’s served beautiful food; great presentation with vibrant, clear and colourful sauces and yes, giant white plates. But what a back of house. Paul shared the cooking with another legend of the time, Gary Sweetman, and two apprentices of the year, Ricky Holt and Pauline Cook. This was a serious step up from “buenos dias, would you like a Margarita with your taco?” Paul had a very dry sense of humour and was pretty chilled-out for a chef. He taught me what went into the production of the food, as I was constantly asking questions. He would drink a bottle of wine during service, always Victorian, and I would be allowed to have a glass and a chat about it before service started. He showed me how great Victorian wines were and how things like geography, climate and variety were reflected in those precious glasses. I learned so much from him. Thank you Paul.

If there’s one positive thing to come out of this lockdown experience I wish that I can say that I learned how to play the mandolin, but I did do a cooking series on Instagram featuring pasta and peasant food, which was fun but caused me to gain about five kilos. The big thing that still resonates with me is that there we were, separated and apart, yet this whole experience brought so many of us closer together. For me it was in many phone calls with people in the industry and reflecting that on radio. It was being a part of a greater community. We became so deprived of daily human interaction, yet we were all doing this together and experienced a shared pain. I did my little bit broadcasting on Sundays and trying to bring a little sense of normality and camaraderie in uncertain times.

If I could return to any moment in the Victorian hospitality industry of the last 50 years, I’d choose 1986, the time of the John Nieuwenhuysen report and hospitality reforms. It changed everything. We went from a paternalistic system with hotels pretty much having a monopoly, and licensed restaurants having to undergo an incredibly expensive and lengthy liquor application process. We were able to move from a system that didn’t trust people to go out and enjoy themselves, to an enlightened European dawn with the most liberal liquor laws in the country. It paved the way for Melbourne to be the eating and restaurant capital of this country and opened up the regions to more opportunities. The CBD and inner city became an exciting destination, with restaurants and bars opening everywhere. You could eat and drink whenever and whatever you wanted. With the operational costs not as challenging and prohibitive as they are now, so many people were starting up businesses and Melbourne changed forever. It democratised the industry and gave opportunity to so many.

But the most exciting development in the Victorian hospitality industry in the last five years is in no particular order: the rise and maturation of East Gippsland as a food, beer and wine producer and as a growing destination for great dining experiences; the sheer number of Asian groceries around to add variation, convenience and possibilities for the dining table; craft beer going mainstream and being increasingly seen as a valid food match; that we have passed peak molecular gastronomy and that some restaurants have embraced the idea of simply cooking on an open fire grill; the rise of plant-based eating other than soy; and more of a fervent hope that Melbourne can continue to be the food and restaurant capital of this country underpinned by small, independent and innovative operators.

Listen to Cam Smith chat with the who’s who of food every Sunday at noon on 3RRR’s Eat it, and keep up with his further adventures at @camsmith_eat_it. 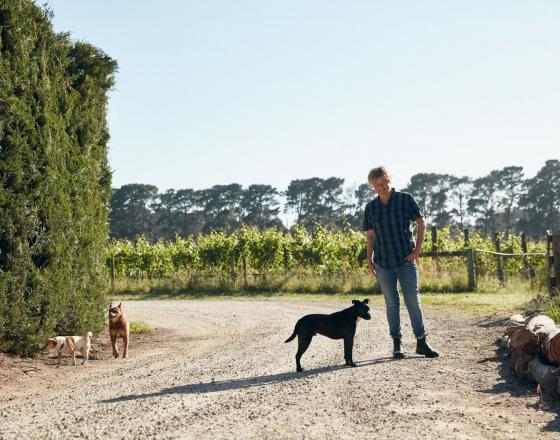 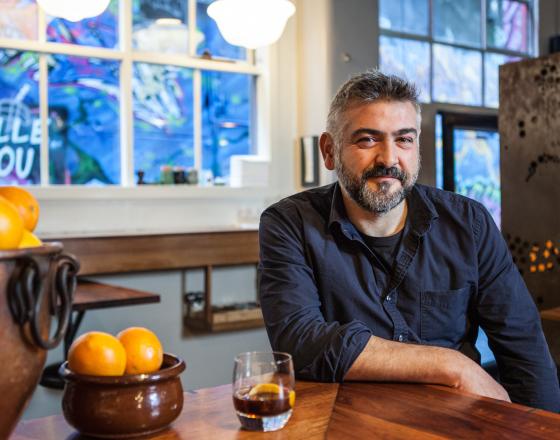