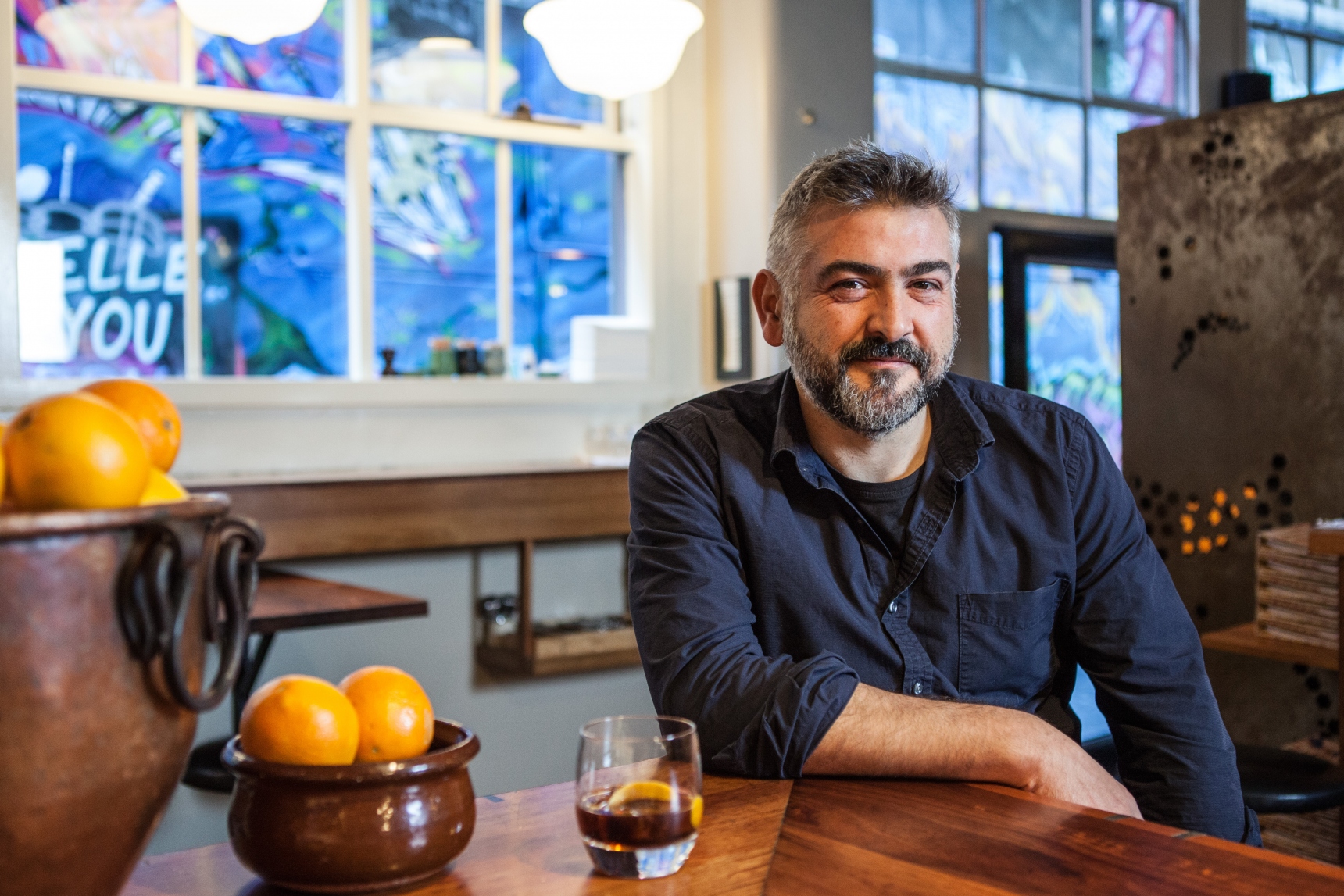 Frank Camorra, chef and owner of the acclaimed MoVida restaurants, award-winning author and the godfather of contemporary Spanish cuisine in Melbourne, is the first guest in our new series profiling leading figures in Victorian hospitality. Five Minutes with a Legend is a short Q&A with Melbourne Food & Wine Festival Legends that covers career ambitions, life lessons and where our industry is going.

Having worked in some of Melbourne’s best kitchens, in the early 2000s Frank travelled and worked across Spain (where he was born) and was so inspired by the food and dining culture that he knew it was the next focus for his career. MoVida opened in Hosier Lane in 2003, with several venues including MoVida Next Door and Bar Tini following in later years. In 2013 Frank created Alimentaria, an import and distribution business that provides artisanal Spanish produce and drinks to both the trade and general public.

The proudest moment in my hospitality career has been convincing Melburnians to dine at the bar. In the early days at MoVida we were lucky enough to be consistently full in the dining room, but people would always walk away if the only option was a seat at the bar. Sitting at a bar back in those days was associated mostly with drinking; dining wasn’t considered an option. Things changed slowly until one day I remember looking up from the pass and seeing the bar full of people eating, drinking and having a great time, to the point where our waiters were passing tapas and wine over customers’ heads. It really felt like a classic Spanish tapas bar.

The mistake that taught me the most was probably the failure of MoVida Sydney. What had begun as a successful, well-loved restaurant – and remained that way for a couple of years – began to slowly lose patronage. There are many reasons why a restaurant becomes less popular but ultimately, fixing those problems became more difficult as the desire to travel to Sydney as often wore off. I think not being able to work on and in your restaurant consistently can be a recipe for failure.

My first job in hospitality was as a dishwasher, short-order cook and waiter in a small restaurant called Busters while I was at uni in Geelong. This was during the recession and the Pyramid Building Society collapse in the early ‘90s when times were difficult. One of my best friends got me the job and to this day he still takes full credit for my career.

I got into hospitality because I enjoyed working in this industry more than I enjoyed studying to become an architect. I loved cooking from an early age but never considered it a realistic career path. Especially coming from a migrant family, expectations to do well centred on university. I’ll never forget when I told my family I was throwing in my fifth year of architecture to become a chef’s apprentice. In the end finding a career you love and, hopefully, one you’re good at is the most important thing and what I hope for my children.

The reason I stayed was I couldn’t see myself doing anything else. Yes, the work is difficult and demanding but since starting my career as a chef I have never once wanted to throw it in.

Our business has adapted to the current lockdown by trying two things: an online grocery store and home delivery. Options are limited but, like many of our peers, our business has attempted to employ as many people as possible by making the most of any revenue we create. We transformed our wine and food distribution company Alimentaria, which normally services restaurants, into an online store mostly doing wine deliveries, as well as conserves, charcuterie and other pantry items to people’s homes. Secondly, we launched home delivered restaurant meals. We decided to create a version of the inexpensive, generous lunches offered in Spain in bars and restaurants across the country in normal times. Our Menu del Dia is about providing MoVida food that is easily reproducible at home, with only one or two steps.

My mentor was Guy Grossi. I worked for Guy for many years, initially as an apprentice in his Café Grossi restaurants, when Guy’s dad was still working. For me, seeing the love and consideration for Italian food that Guy and his family possessed revealed that this had never been replicated in any Spanish food I had eaten in Melbourne restaurants up until then. It inspired me to attempt to give the cuisine I grew up with the same care, the same profile that Italian food enjoyed in our city.

If I could return to any moment in Melbourne hospitality of the last 50 years, I’d choose the moment just before COVID-19 grabbed hold of our industry. Really, the diversity, quality and essence of real hospitality had never been better, in my opinion. The next challenge that we have as an industry (along with consumers) is to bring that vitality and creativity back to our city.

But the most exciting development in Melbourne hospitality in the last five years is – again, it’s the situation we find ourselves in at the moment. Excitement doesn’t always translate to a positive. We are in a period of the unknown, and any predictions of the future of our industry are totally speculative. For me, it’s a time to deal with what is directly in front of me and what l can influence.