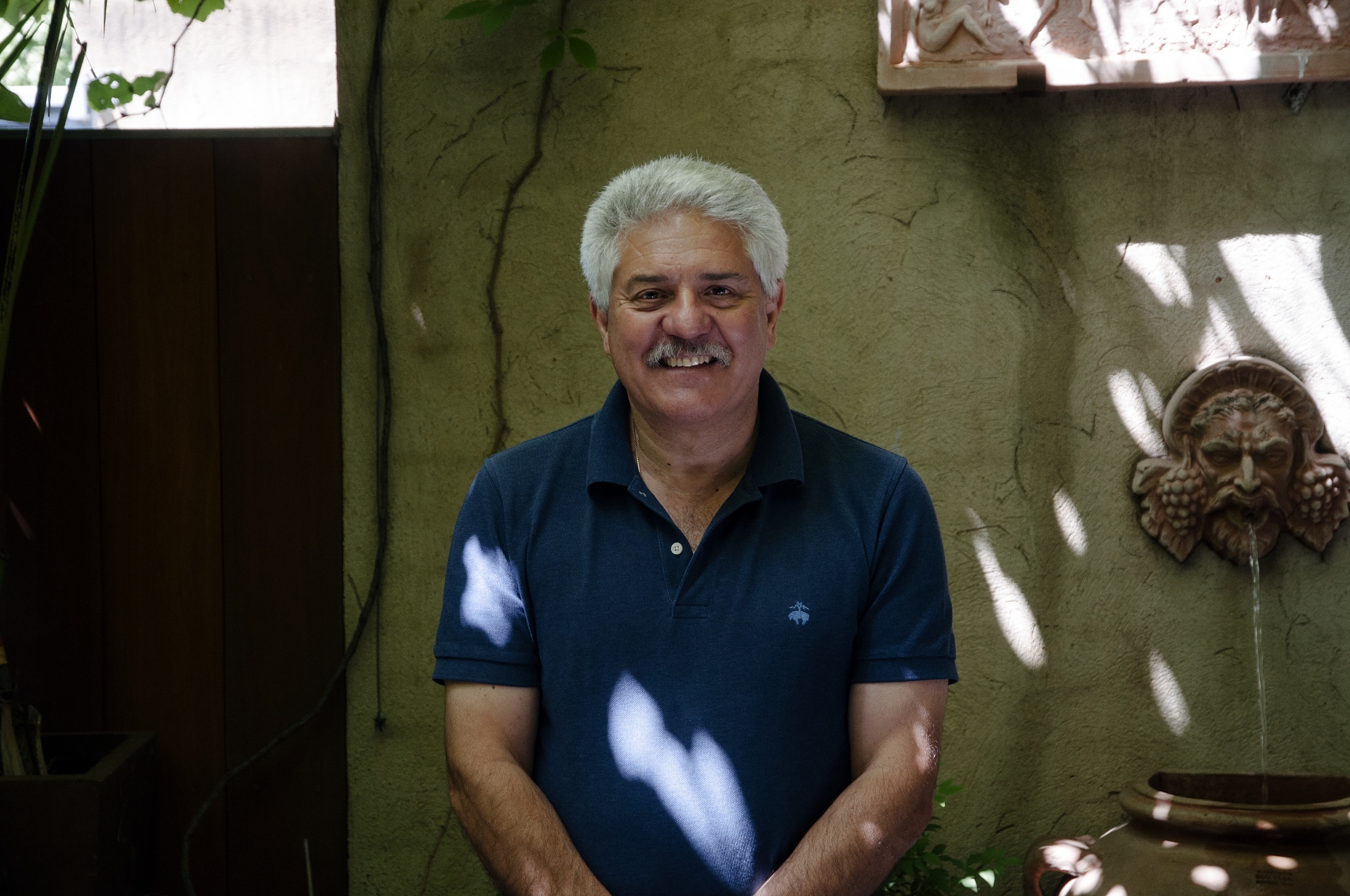 John Portelli has devoted his life to good food and wine. As the director of Enoteca Sileno, he represents one of Australia’s most important gateways to quality Italian wine and produce, made by families adhering to generations of regional gastronomic tradition.

John’s career started in 1970 when he went to work at the Lygon Food Store while he was still in high school. He stayed for nearly 17 years, learning all about selecting, handling and ageing Italian cheese, salumi and more. It has been estimated that John has dissected over 210,000 kilograms of Parmigiano-Reggiano and Grana Padano. John’s tenacity and magnetism during those years earned him a place in history, and he was featured in the 2013 documentary Lygon Street: Si Parla Italiano. In 1987, John joined his wife, Rosemary, and his father-in-law, Luigi “Gino” Di Santo, at Enoteca Sileno, Australia’s oldest and most respected importer, distributor and wholesaler of Italian food and wine products. Every year, John travels to Italy to attend major food and wine trade fairs and visit his suppliers to cultivate firm and lasting relationships. His magnetic charm and encyclopaedic knowledge have ensured the continued success of Enoteca Sileno, which hosts events, cooking classes and functions that promote the appreciation of Italian culture. In 2019, John was inducted into the MFWF Legends Hall of Fame and, this month, John celebrates working his 50th consecutive Christmas doing what he loves.

The proudest moment in my career has been moving Enoteca Sileno from its original location on Amess Street in Carlton North into its current home on Lygon Street after 61 years. It was a real journey: I always say it took three years, three months, three days and seven minutes. We had to liaise with our architect and designer, labour through the planning processes with council, involve six town planners and overcome all kinds of other obstacles to renovate and convert an 1861 pub into the Enoteca Sileno of today.

The mistake that taught me the most was when I was conducting a Sicilian cookery class at Diane Holuigue’s cooking school, The French Kitchen. I remember beating the egg whites to be light and fluffy for a crostata, before moving on to the egg yolks, ricotta and sugar. By the time I had to amalgamate all the ingredients, the egg whites had completely lost their light and fluffy texture. I remember telling the group this was a lesson in what not to do. Di whipped them up again as the class progressed, I added some orange liqueur and we managed to make an incredible crostata. The lesson I learned was to always look for the positives.

My first job in hospitality was when I started working at the Lygon Food Store in the heart of Carlton in 1970. I was a deli boy doing everything there was to do, working on Saturday mornings, during Christmas and in my school holidays. I started there full-time in 1973.

The reason I got into this industry was, this is probably not a direct answer, but it best describes the foundations and reasons. Call it destiny, call it tragedy, or call it fate: my mother had a brain tumor and after a long operation, she was left mostly incapacitated at home for many months. I was doing matriculation at Coburg High School, but could not focus or study given my mother’s condition. My only option was to approach Johnny Bogotto at the Lygon Food Store for a full-time position. Considering my upbringing, though, it was really no surprise that I ended up devoting myself to food and wine. Growing up, we had chickens and fruit trees and grew loads of vegetables. We would go fishing at Queenscliff and Portarlington, rabbiting around Whittlesea and Wallan using snares I made after school, and we would preserve and pickles our own olives, cure tuna and sardines and plait one-metre lengths of onions to dry in the shade for the months ahead. We were deeply connected to what we ate and to the seasons. My mother would also make homemade liqueurs and I would have to taste them during my school lunch break to determine whether they were sweet enough or required more of an alcohol boost. Looking back, I wonder if the teachers could smell the aroma on my breath. Needless to say, this business has been part of me my whole life.

The reason I stayed was I loved the eclectic and interested clientele who were sponges for the information, experiences and knowledge we offered at Lygon Food Store and, later, Enoteca Sileno. Carlton during the 1970s and 1980s was a magnet for many people: the multicultural mix of men and women working at The Royal Women’s Hospital and St Vincent’s, lawyers, Melbourne University intellectuals and, of course the students, who we offered a special discount. They were famished for new tastes and experiences, and were prepared to try anything you would offer them. Travel overseas was easy for working professionals and Italy offered a lot. On their return, they wanted what they ate overseas. Serving this amazing mix of clientele was the best hands-on apprenticeship anyone could have had.

My mentors are two people. The first was Johnny Bogotto, who taught me many of the foundations of working in a deli. Everything from taking eight tonnes of pasta upstairs to the storeroom, to curing Parmigiano-Reggiano with olive oil and cutting it with the almond small knife (so you see the grain of the cheese), and dissecting the crust as equally as possible, offering only one crust per piece. It was my responsibility to brush down, rotate and oil about five tonnes of Parmigiano and Grana Padano. I would also go to the wholesalers and select about 80 legs of prosciutto crudo per week. We would age them for a further six months. Working alone on Fridays, I would slice about 2,000 slices of crudo for banquets at the Hilton, Victorian Arts Centre and Rockman Regency Hotel. It taught me to understand the products I was handling.

My second mentor was Gino Di Santo, my father-in-law and a master of all things Italian. We travelled to Italy many times together and drove tens of thousands of kilometres, meeting prospective suppliers to better understand each family’s dedication to their products and traditions. Respect is one of the fundamental principles of working with great producers. That and sound business ethics was a message that was always drummed into us by Gino. Be critical and honest and search for the best and the genuine.

If there’s one positive thing to come out of this lockdown experience, I think it’s people eating and drinking better at home. I think the humble picnic will become a much more elaborate affair, just like in the 1960s when I was young and 10 families would convoy to places like Queenscliff, nab all the picnic tables by 7am, and bring out Eskies filled with lasagna, cannelloni, salads, baked treats, Thermoses of percolated coffee, wine, schnitzels and crusty bread. We would always offer our food to the young Aussie kids nearby, who were often eating vegemite sandwiches. Another positive has been restaurants finding ways to produce and deliver exceptional food that is finished at home, allowing the consumer to experience dishes that they would not normally cook.

If I could return to any moment in the Melbourne hospitality industry of the last 50 years, I’d choose November 1973, when a truck with more than 200 kilograms of provolone arrived at the Lygon Food Store. We ordered it specifically so we could age it ourselves and sell people something they had perhaps never had before. A group of us carried the wooden crate into the store and we hauled it up with a block and tackle into a steel pyramid frame where it hung for three years. The media loved it and people came from all over Australia to view the amazing window displays, which housed between 750 and 1,000 kilograms of cheese from our range at any time – provolone, Parmigiano-Reggiano, pecorino and so much more.

But the most exciting development in the Melbourne hospitality industry in the last five years is the explosion of social media giving everyone immediate access to the world. More people are exploring foods that they may not have in the past and also sharing culinary experiences whether raw, cooked, purchased, personally prepared or given.

Enoteca Sileno’s Italian food products, drinks and homewares are available for purchase online, with delivery Australia-wide. Keep up with the latest arrivals by following Enoteca Sileno on Instagram @enotecasileno. 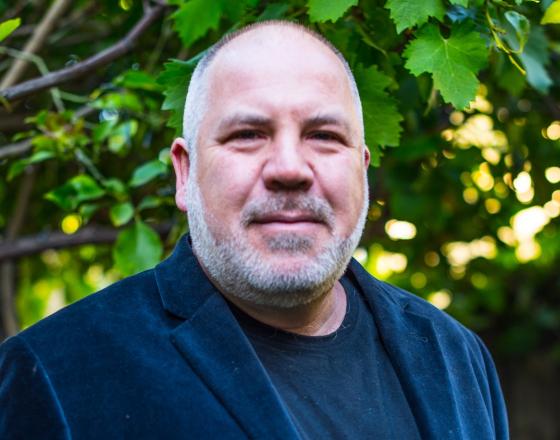