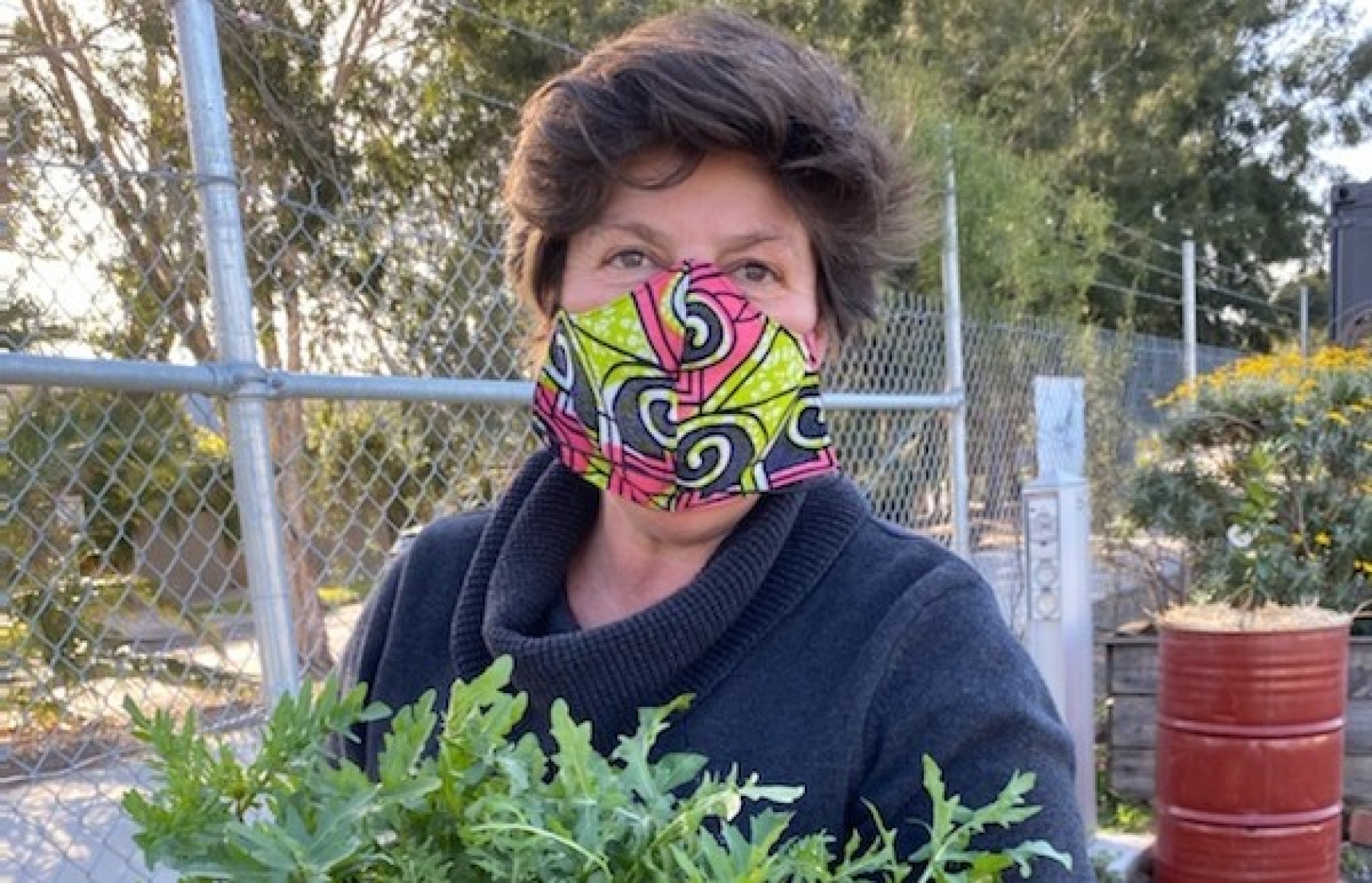 A monthly series where we sit down with some of the leading names in Victorian hospitality, food and drink.

Miranda Sharp describes herself as a dinosaur of the Victorian farmers market movement. The former chef, caterer and food journalist established Melbourne’s first market of its kind at the Collingwood Children’s Farm in 2002, before going on to develop a set of standards for farmers’ markets across Victoria and playing a key role in founding the Victorian Farmers Market Association. Each week, accredited markets across the state provide opportunities for hundreds of farming and food businesses to engage with shoppers, sharing their stories as well as their produce. Today Miranda is the founder and director of Melbourne Farmers Markets, which operates seven accredited farmers markets across the city. Miranda was inducted into the MFWF Legends Hall of Fame in 2015 and the National Businesswomen’s Hall of Fame in 2017, and is City of Darebin’s 2019 Citizen of the Year for her work in establishing the Melbourne Food Hub in Alphington, a space for the community to grow, learn about and source fresh produce.

The proudest moment in my career was in 2013 at the Collingwood Children’s Farm celebrations for 175 years of continuous farming at the site. In front of the Governor of Victoria and other dignitaries, the farm manager stated that “the farmers market saved the farm”.

The mistake that taught me the most was starting a farmers market while living an hour and a half away, juggling a young family and doing freelance food writing. I’m not sure why I thought it would be simple, but it was the best “mistake” I made and I’m still learning.

My first job in hospitality was for year 10 work experience in 1979 at The Butler’s Pantry, a catering company on Burwood Road in Hawthorn. I made sandwiches for the spring racing carnival all week and was invited back to do the pre-Christmas cocktail party season, which was my idea of heaven.

The reason I got into this industry was the satisfaction I felt when, as a kid, I helped on a production line of perfect hot cross buns with a neighbour who was a retired baker. I was hooked.

The reason I stayed was because I found my hardworking, ratbag, independent, creative, kindred spirits.

My mentors were Stephanie Alexander and Duré Dara, and I am indebted to them both for their example to me of strength, wisdom and generosity.

If there is one positive thing to come out of this lockdown experience, it’s implementing new ways to support each other and demonstrating endless adaptation in order to stay open and trading. Because of this crisis, we established our online Melbourne Farmers Marketplace and we’re a founding member of Moving Feast, ensuring we’re feeding vulnerable Victorians and supporting local farmers at the same time.

If I could return to any moment in Melbourne hospitality of the last 50 years, I’d choose the first A Taste of Slow Festival, specifically the Ark of Taste Crypt that we staged in the bowels of the Abbotsford Convent in 2006. To highlight the prospect of what we stood to lose from our local food culture, we featured a massive argie of dry-aged beef, Beechworth fortified “sherry”, CWA sponge cakes, true vinegar mothers and a display dedicated to the southern short-finned eel fishery in southwest Victoria. It was fantastically theatrical and memorable. I am regularly reminded of it by those who came along or were involved, including Noela MacLeod, the State President of the CWA at the time, who spent the entire weekend there churning out sponge cakes.

But the most exciting development in Melbourne hospitality in the last five years is the increasing and genuine respect for Victorian farmers and small-scale agriculture in our industry.

Melbourne Farmers Markets operate each week; you can find your nearest market by visiting the website or you can shop online. Keep up with the latest market news on Instagram and Facebook: @melbournefarmersmarkets.