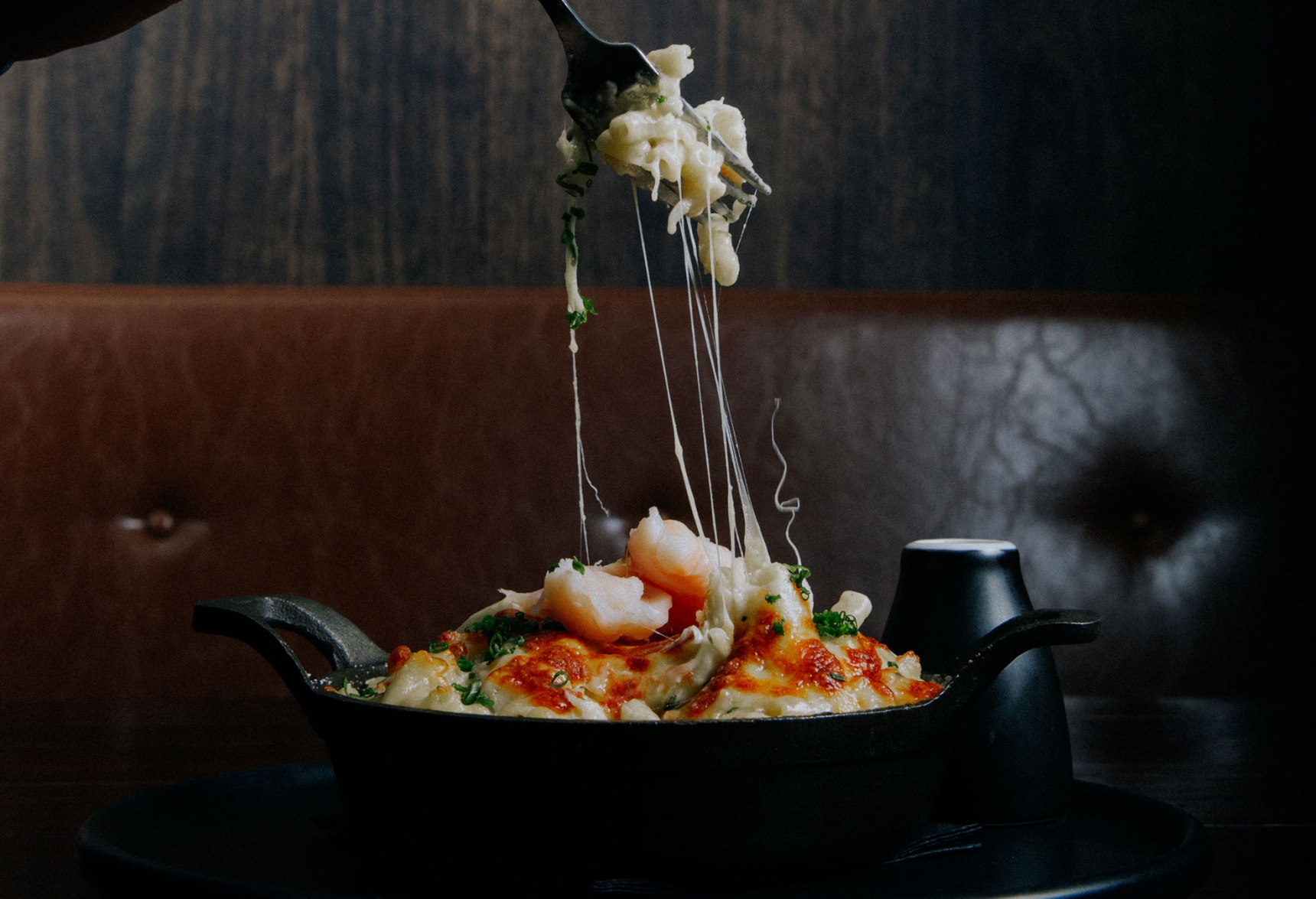 In the dead of winter, a great mac ‘n’ cheese is everything.

We’ve seen a massive revival of this classic dish over recent years and it’s now popping up all over the city in a manner of disguises. No longer a simple one-cheese cheddar béchamel sauce, it has become a labour of love using the highest quality cheeses; lobster tails from western Australia thrown in; deep fried into croquettes; and even exists in pie form now?!

Over the past few weeks we have been visiting from high and low, places we’ve heard about, rumours we’ve heard, learning the ins and outs of béchamel to baked toppings.

Le Bon Ton
It wouldn’t be a true mac ‘n’ cheese exposé without trying a classic American version. And by that we mean Atomic Yellow. We won’t go into the nuances of why American cheddar is so yellow (google: Annatto seeds). Le Bon Ton’s version is a straight up three-cheese blend, crumbed, baked and salt n peppered. Nothing fancy but nothing redundant either. If this mac were a person their name would be Bob and he would enjoy going out for a burger and a beer rather than beluga and champagne. We dare you to try and eat this one without secretly reminiscing about simpler times and those Kraft single lunch box days of long ago. 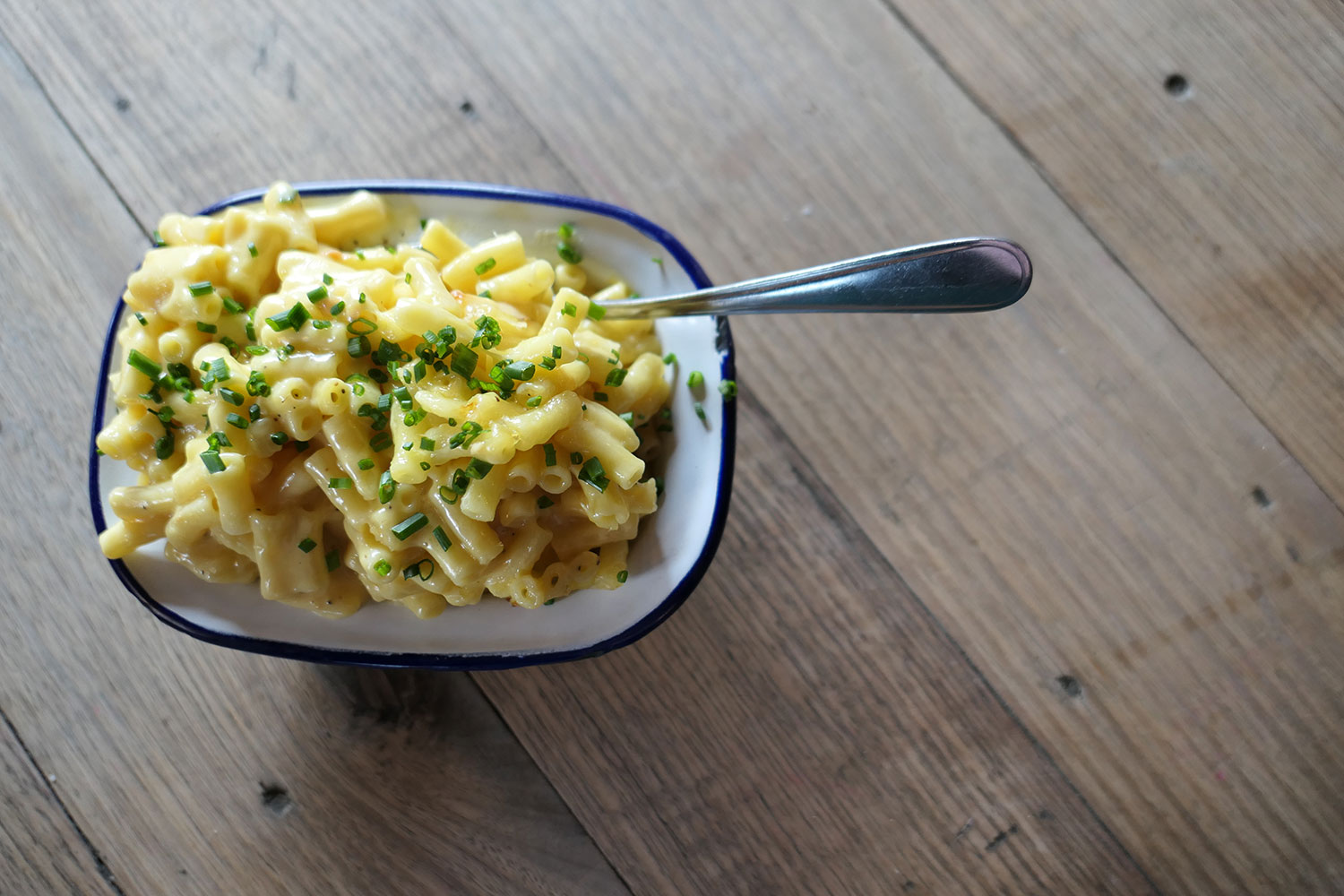 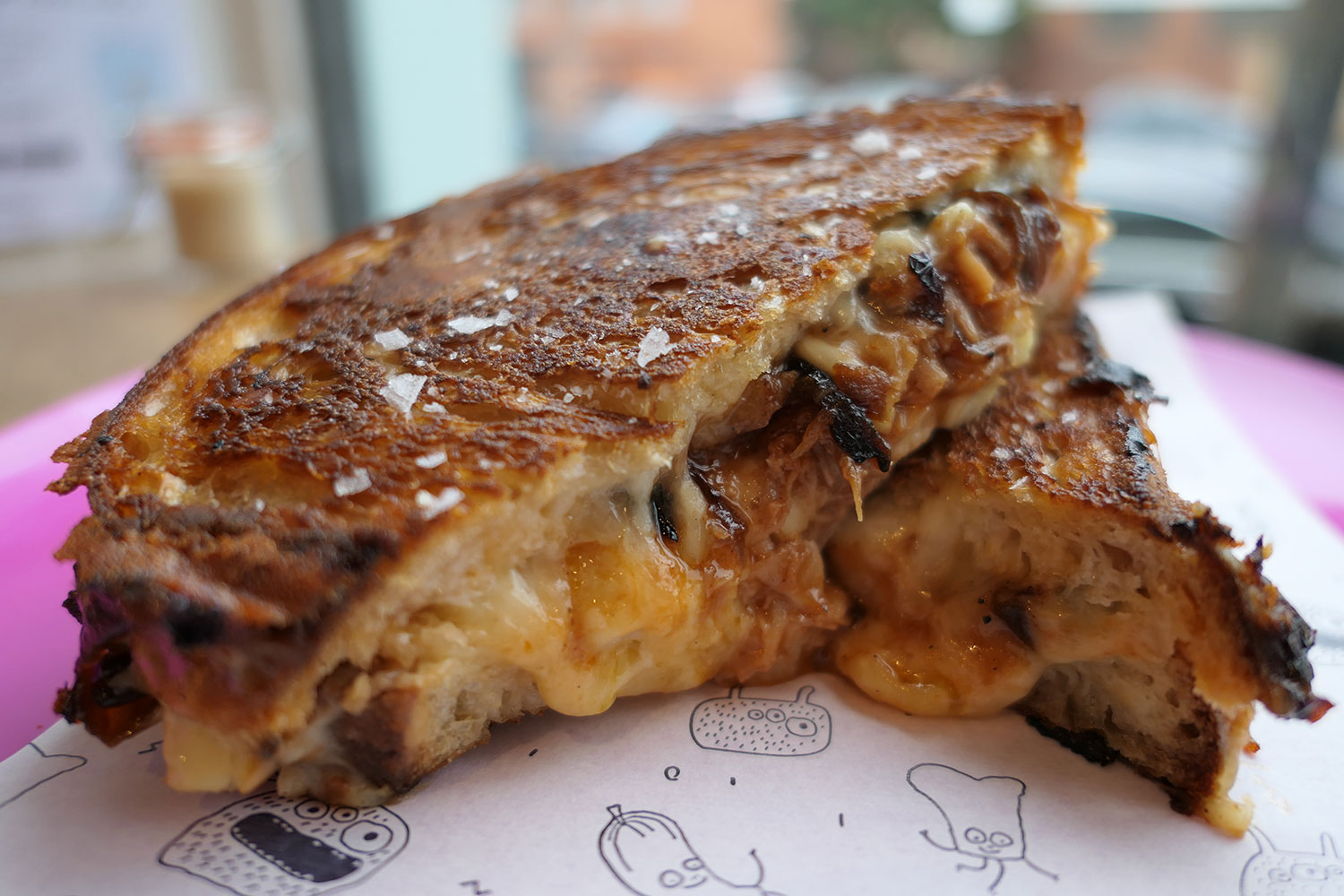 Smith & Daughters
The place where vegan dreams come true – Smith & Daughters is a haven for classic, soul-warming fare that vegans thought they would never get to eat again. This animal-free version would pass most mac-nalysis shy of an Alain Ducasse taste test. They have managed to achieve velvety richness, decadent creaminess, and borderline trashiness all at once. They asked us not to tell anyone that its actually nutritious too (whoops). This is due to the blend of many, many surprising ingredients including potato and cashews. It gets a big tick from us.

Maker & Monger
This mac goes straight to the source: A Cheesemonger by the name of Anthony Femia. Anthony has an undying love for the fromage and it shows. After all, he is the one that brought raclette to this town (get this man a medal). But back to the task at hand: Anthony’s version involves an hour of gently stirring the béchamel elements together, introducing handfuls of cheese at a time so they melt in consistently without coagulating the sauce. Of course, the cheeses he uses are absolutely first rate: Swiss gruyere for texture and Cravero Parmigiano Reggiano for flavour. No salt is added at all – instead he uses dry-aged chorizo to season it. The result? A silken, satisfying, luxurious beauty of a thing. Macnificent.

Belle’s Hot Chicken
Morgan McGlone’s much loved version is inspired by his time working at Sean Brock’s Husk in Charleston, US. Southerners are passionate about their regional cuisines so much so that apparently people can tell which part of the south you’re from depending on whether you serve your mac baked in the oven or straight from the stove top. This version adheres to the holy trinity of creamy, cheesy, and smoky all at once (thanks to a smoked paprika dusting). This side dish is no baby-in-a-corner and is worth a trip to Belle’s on its own.

Rockpool Bar & Grill
When you start to talk mac ‘n’ cheese in Melbourne, there’s one name that keeps coming up: Rockpool. This version is recommended by die-hard fans the city over, both for its consistency and its flavour. The béchamel is made with swiss Gruyere, cheddar and Parmigiano Reggiano. But chef Neil Perry’s real secret is that he skips the milk altogether and goes straight to the jugular with cream. Half a litre to be exact. Resistance is futile. 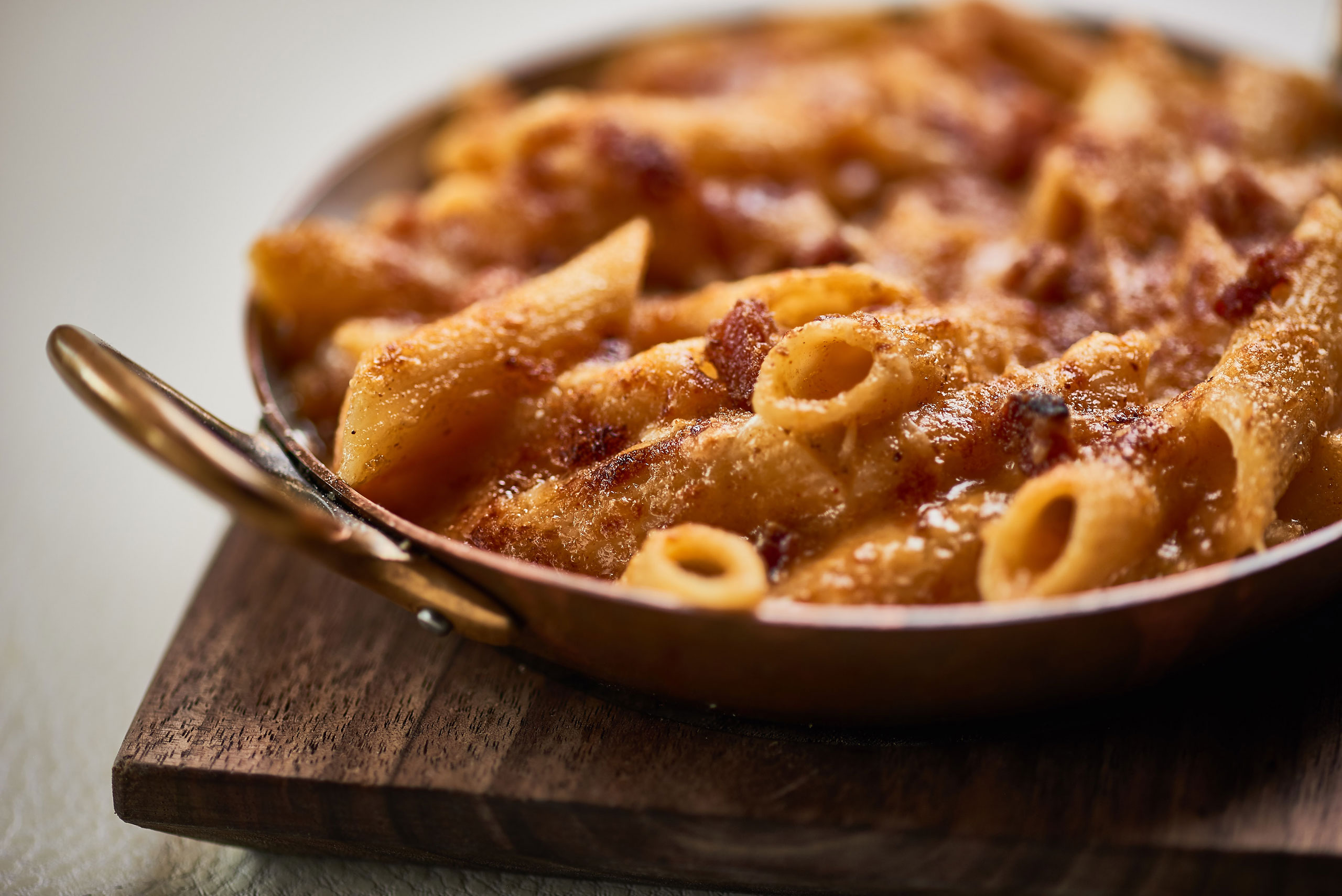 Tutto Bene
It’s time to take it back to ancient times. Could this dish be the origins of cheesy pasta itself? Cacio e Pepe is a famous Roman dish literally meaning cheese and pepper. Tutto’s chef Nathan Scarfo makes this each day in-house with generous amount of cracked pepper added through the dough itself, giving it a gritty, snappy bite. 48-month aged Parmigiano Reggiano is grated into the olive oil as its warms and melts through the pasta, thickening it to this oozy glory. (on a side note they’re about to start serving a Nutella risotto that we recommend you ask about)

Meatmaiden
Weighing with a five-cheese béchamel and a killer lobster left-hook. Don’t take your eye off this thing. Aged cheddar, gruyere, Parmigiano Reggiano, mozzarella, and cream cheese form the basis of the sauce with large pieces of Western Australian lobster flesh folded through. The lobster tails are poached into a bouillon and then added to the béchamel. The heads are roasted into bisque that’s transformed into a creamy veloute and served on the side. This dish will have you wishing winter will never end. 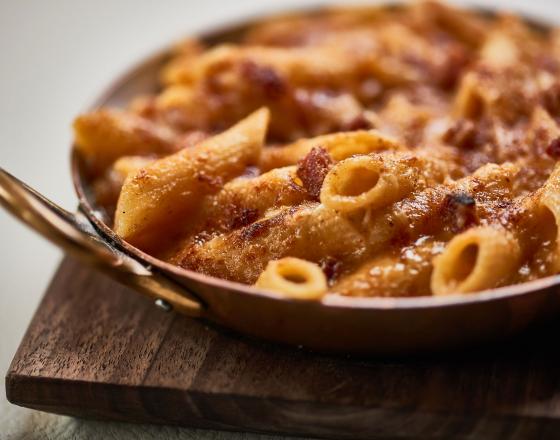