Saving the bars of Melbourne 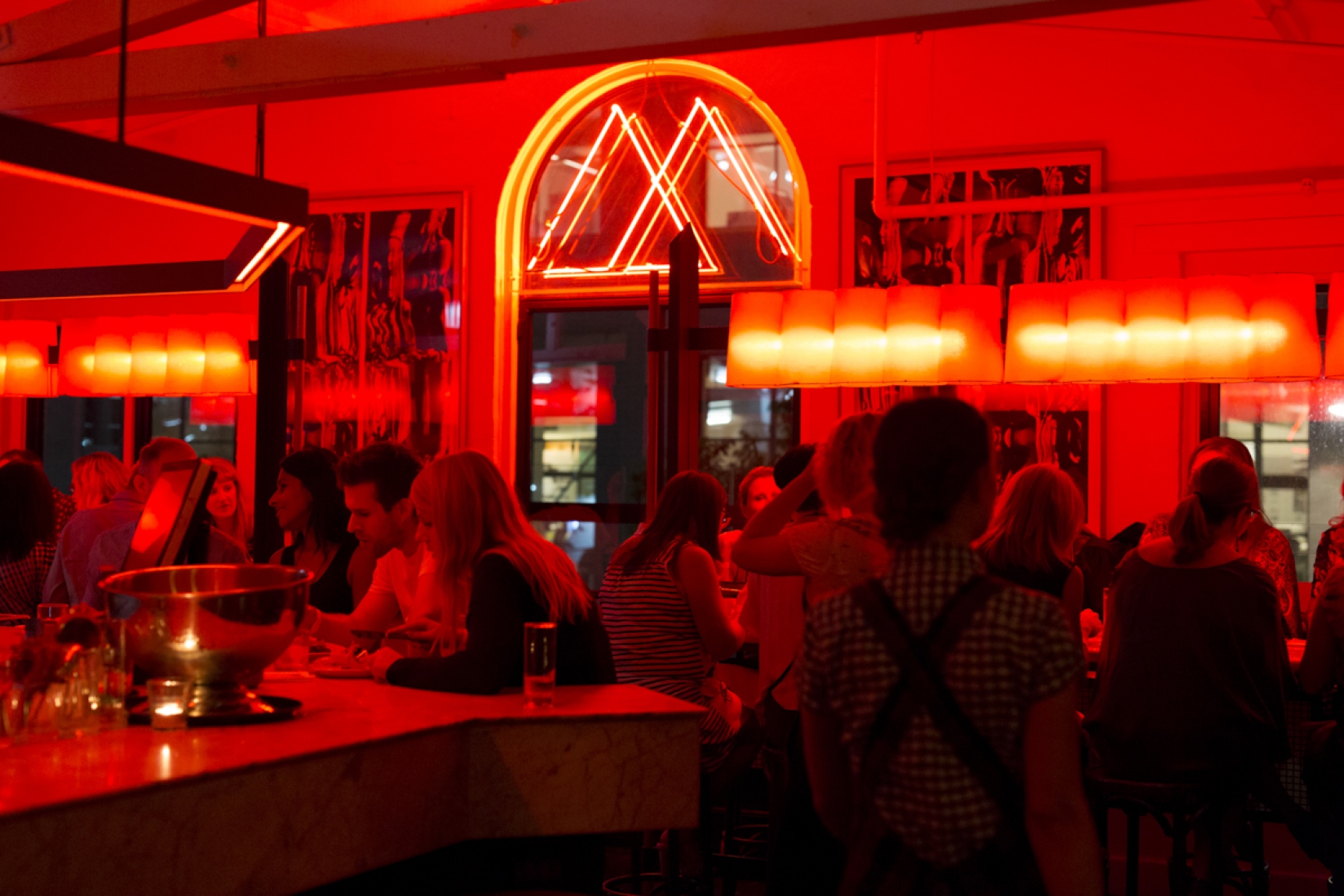 Melbourne’s bars are treasured places within the city’s hospitality scene. But as they approach their sixth month of disrupted trade and with little certainty about when they can reopen, how will they survive the pandemic?

For much of this year, bars in Melbourne have been closed to customers. Some, like restaurants, have offered a takeaway service but unlike restaurants, licensed premises that don’t serve food have not been allowed to reopen at any point under Victoria’s varying levels of restrictions.

Some health experts consider bars a high-risk environment for the transmission of coronavirus. As Tash Conte, owner of Black Pearl, put it, “The conditioning of our environments is people together.”

But bars are also central to Melbourne’s eating and drinking culture, its tourism industry and its nighttime economy. With several more weeks of restrictions ahead, what are our city’s bars to do? Is there action they can take now? Do takeaway sales make a difference? And what support measures would help these businesses? We asked Michael Bascetta (Bar Liberty, Capitano, Worksmith), Tash Conte (Black Pearl) and Zara Madrusan (Made in the Shade Group including The Everleigh, Heartbreaker and Bar Margaux) in our most recent industry forum, Saving the Bars of Melbourne, on 16 September. You can watch the full conversation now.

Want to hear about more events like this? Make sure you’ve signed up to our Industry News.

Being unable to trade normally since March, Victoria’s bars are either not operating at all or on greatly reduced income from takeaway sales. Cashflow is a serious issue.

“We would have to sell 3,200 bottled cocktails every week to recoup our losses,” said Black Pearl founder Tash Conte.

JobKeeper has been critical to keeping staff on the payroll, which all panellists agreed will make reopening a smoother process. But many teams include employees on temporary visas, who are not eligible for any government support. Venues that want to keep these trained staff on standby are paying them out of their own pocket.

With the reduction of JobKeeper rates from 28 September, owners are concerned that any remaining staff will be forced to look for other jobs to be able to pay rent and bills. Zara Madrusan, whose venues include The Everleigh and Heartbreaker, said that they’re losing a staff member every week, even with current levels of JobKeeper.

The ability to negotiate rent relief under the Commercial Tenancy Relief Scheme is a measure that many have welcomed and made use of. But everyone on the panel reminded the audience that rental waivers and rental deferment are two very different things – and deferred rent is simply another debt they need to honour when restrictions are lifted.

When trade can resume, it’s almost certain to be with capacity reduced. How owners can afford overheads at pre-COVID rates in this scenario is something every panellist expressed concerns over.

Proposals for outdoor drinking and dining, like those being discussed between City of Melbourne and the Victorian Government at present, may not be the panacea that some are hoping for. Madrusan pointed out that between the three venues her Made in the Shade Group owns, none have access to any outdoor space. The nature of Melbourne’s famed bar scene – where basements, attics, alleyways and other unlikely spaces and locations have previously been a selling point – means that many venues will be in the same situation.

The panel agreed that the extension of JobKeeper at the current rates of $1,500 per fortnight for all employees was vital for Victorian businesses. The extended lockdown here called for special measures for the state’s economy, they felt.

To address cashflow, Conte suggested a fund for bars that wasn’t attached to special programs or eligibility criteria such as using the money to purchase outdoor furniture. In her mind, the biggest issue bars had was meeting day-to-day expenses like paying suppliers and keeping the lights on. Madrusan agreed that eligibility criteria on grants was often too restrictive to be helpful to many businesses.

More government support for commercial tenants was also called for. Michael Bascetta warned that reopening is a double-edged sword: as soon as bars are allowed to serve customers again, any scope for negotiation with landlords would be extremely limited, regardless of reduced venue capacities and turnover. At the start of the pandemic, a law was passed allowing businesses claiming JobKeeper to negotiate with their landlords for rent reductions between March and September. This has been extended to 31 December in Victoria, but further extensions would be welcomed by the industry.

Support for workers on temporary visas was the other major issue that the panel wanted addressed. Unable to access benefits, despite being taxpayers, many bar workers in Australia on working visas are being forced to leave jobs and businesses they love to go home to families who can support them.

“If we removed visa-holders from our industry, it would collapse,” said Conte.

What action bars can take now

Takeaway sales aren’t a long-term business model, but all panellists agreed that they helped to keep bar businesses visible in the eyes of regular customers and perhaps among new ones, too. Offering takeaway drinks is also a useful way to keep staff engaged and using their skills, making reopening an easier task.

Madrusan encouraged bars in Victoria and their interstate counterparts to continue collaborating on drinks, virtual events, tasting packs and anything else that’s possible under current restrictions, as another marketing tool and form of support.

“I don’t think there’s one tick-box answer of what’s going to ‘save’ hospitality,” she said.

Younger businesses have a great opportunity to try something completely different in their offer, according to Bascetta.

“You potentially don’t have any preconceived ideas of what your brand is yet, so you can really build that from now,” he said.

The need for the bar industry to organise and present a united front was a recurring theme in the discussion. Compared to their restaurant and pub counterparts, panelists said, bar owners have been poorly represented in discussions about the future of the hospitality industry in their opinion. The recently expanded Nighttime Industries Association may go some way towards addressing this.

“I think there can be more done from a collective perspective, coming together a bit more to get that seat at the table,” said Bascetta. “Not just for COVID but ongoing, because it’s going to be a long rebuilding process.”

More informally, checking in on other bar owners or staff to ask how they’re doing or if they need advice can be valuable. It could also be the first step towards building a stronger and more united industry. All three speakers agreed this would be something useful for them and others they know.

Madrusan urged other bar owners to continue showing the grit they’ve displayed all year, to motivate their staff and their peers in the industry.

“We’ve seen people losing their passion for this industry and being uninspired by what the industry is going to deliver on the other side of this. And that’s incredibly sad,” she said.

“While it’s hard for us to do at the moment, we have such a responsibility to try and stay strong and remain inspiring so that we can grow the industry again”

What to plan for

There’s little doubt that when bars do eventually get the green light to open, distancing and density requirements will mean that capacities remain reduced. Your forecasts will need to account for this.

Madrusan believes that hybrid business models blending takeaway and in-venue service are likely to be the norm for several months. Consumer sentiment with regards to health risks and their finances will play a big part in patronage numbers. Offering something to make up for the loss in capacity will help to lessen the gap in your year-on-year earnings.

The possibility of outdoor service, either in shared spaces or as part of your premises, is something to consider. It may not work for some businesses and what they offer; others may need to decide if they want to take a sidestep and offer something slightly different to be able to take advantage of the extra seats. Be informed about what your local council is planning to encourage outdoor drinking and dining, and try and be part of the discussions.

Any rent that you’ve been able to defer needs to be planned for in your business projections. Madrusan and Bascetta stressed this point: it’s not a waiver, it’s a debt that you have to repay. If you feel that you won’t be able to pay it in full with restricted trading conditions in place, now is the time to negotiate a payment plan with your landlord.

The tapering of JobKeeper to its eventual conclusion at the end of March is, understandably, a source of concern for owners. Knowing what the new rates are and when these apply is crucial to managing your cashflow. Mark 28 September and 4 January 2021 in your diary and read up on the changes here.

What support is available?

There are several different packages of support available from the Victorian Government, City of Melbourne and other bodies. Some are cash grants to be used for specific purposes, some are waivers of taxes and other fees, others are available to businesses in the CBD only.

Visit business.vic.gov.au to see the latest measures and find out if you’re eligible. 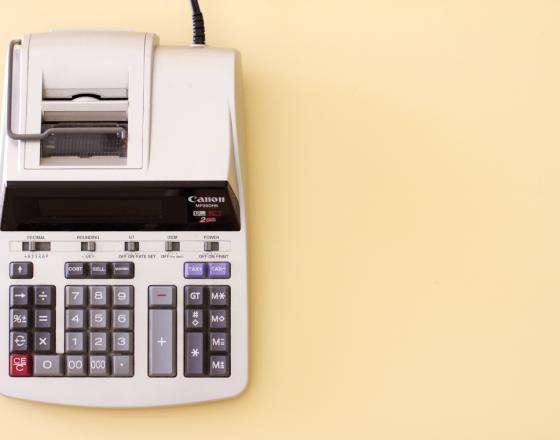 Your guide to JobKeeper 2.0 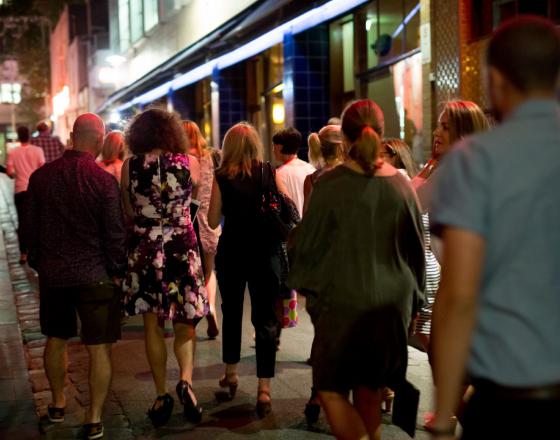 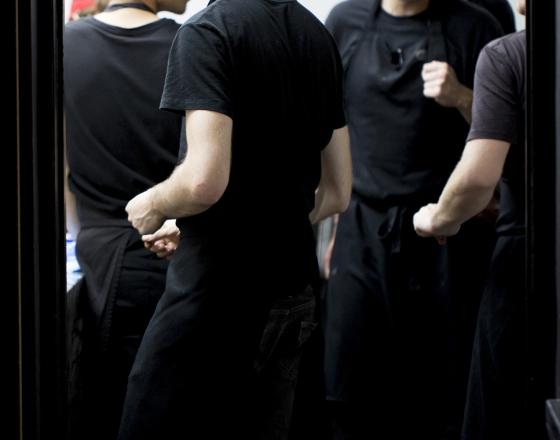 Support for businesses affected by COVID-19