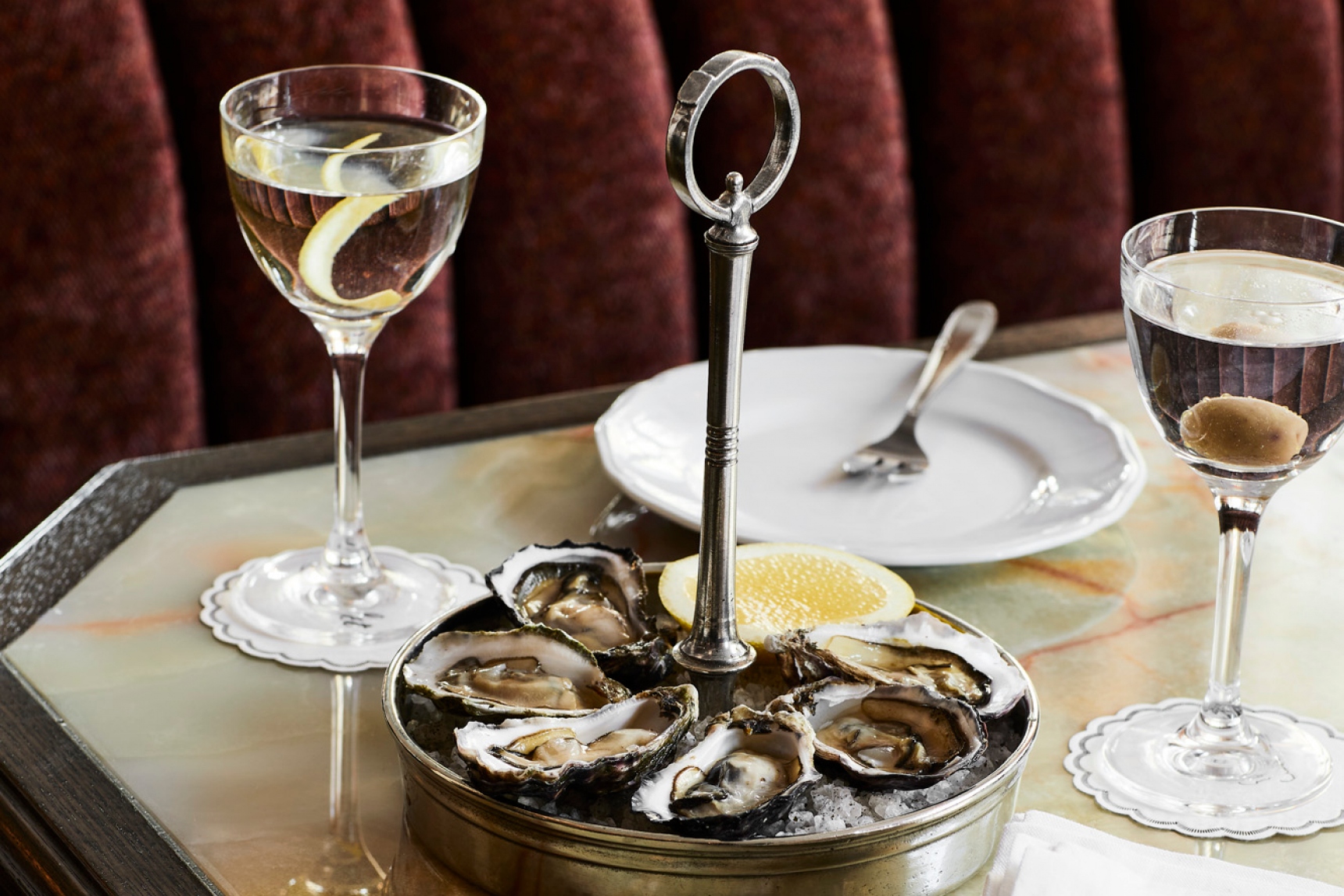 Your inside word on the menu at 2020’s most anticipated new restaurant from chef and owner Andrew McConnell.

It’s been quite nice, Andrew McConnell says, not opening a new restaurant for a while. It’s been five years since he swung open the doors on Marion, his hit Gertrude Street wine bar. Then again, it’s not as if he’s been twiddling his thumbs the whole time – remodelling Cutler & Co, the flagship of his Trader House group, and opening not one but three Meatsmith butcheries among the highlights of the intervening years. Nor has he been idle during lockdown. Supernormal and Cumulus Inc have proven standouts of delivery platform menus, The Builders Arms made an appearance with its food trivia as part of MFWF’s Online Edition in May, and the Marion x Baker Bleu store McConnell conceived with Bleu baker Mike Russell has been a silver lining for the people of Fitzroy and surrounds these past months.

But now McConnell has that new-restaurant buzz again, the unmistakable energy that comes with opening something big and bold. That something is Gimlet at Cavendish House, a grand and sweeping 150-seat restaurant and bar McConnell is opening with his wife, Jo McGann, on the corner of Flinders Lane and Russell Street in the heart of the city in July.

Gimlet is considerably more classical in its lines than most McConnell outings. It’s an aesthetic driven, he says, as much by the site as by his interest in a European-leaning menu. “The look took a lot of its cues from the building; we inherited some great bones.” High ceilings and a mezzanine frame a substantial cocktail bar in the centre of the room. The details, brought to life in collaboration with Sydney firm Acme (whose work includes Fred’s and the Archie Rose distillery), run to tinkling honeycomb chandeliers, glossy expanses of timber and tile, more than a few big leafy plants, and booths plenty deep enough to lose an afternoon in.

On the menu the brief translates to a concise à la carte offering from McConnell and chef Allan Eccles, complemented by a substantial cocktail offering – the biggest to date from team McConnell. The lunch menu threatens to offer a club sandwich to be reckoned with, and a Champagne-friendly weekend brunch is on the way. Star sommelier Leanne Altmann is taking care of all things wine, while manager extraordinaire Shane Lazzo makes the move downtown from Cutler & Co to hold the floor.

Here’s the word from McConnell himself about how you might approach things.

How about a drink?

We’ve got a tequila and bergamot house cocktail that’s based loosely around a Harvey Wallbanger: good tequila, with a bergamot and rose amaro, a splash of fresh Victorian bergamot juice and some Tasmanian pepperleaf that we’ve given the milk-punch treatment. It’s a drink that’s anchored to a classic, but that we’ve taken somewhere else, with a touch of the local and native, and that’s what a lot of our cocktails are about.

I’m here for a good time not a long time.

How about a glass a Champagne and some fried Comté? We’re making a custard with the cheese, spiking it with a touch of cayenne, then setting it and frying it in little nuggets. The full menu is on at the bar, so you can choose from that, too, or just go classic and simple with oysters. They’re opened to order, and we serve them with a light rye toast spread with seaweed butter.

Got anything light and fresh?

I like tasty food but I don’t eat animals.

We do a local mozzarella that’s marinated for three days in a crème fraîche. (Let’s not call it an inside-out burrata.) We finish it with a little bit of truffle and serve it with celery heart that’s been steamed and marinated, and a little hazelnut.

The vegetable section is the heart of the menu at Gimlet. You can use it to bridge the entrées to the main courses, but I also love to share a few vegetable courses with a shared main or have a few of them as the main course instead.

Name the dish that is quintessentially Gimlet.

How about the Gimlet? If you name a cocktail bar after a drink, I think you’ve really got to try and nail it. We’ve got one on the cocktail list right now, made with a house citrus cordial, and we’ll be building that out with a few variations as we go along.

I’d go a 1.2-kilo T-bone from the wood oven. Our beef is Chianina when we can get it, and heritage breeds otherwise. I’d order it with a pan of potatoes roasted in the wood oven, crusted in Taleggio. There could be Martinis at the beginning of the conversation and a nice bottle of wine or two at the other. Again, I think when you open a bar it’s important to nail those staples.

We just had our Carpigiani gelato machine installed. It gives the gelato great texture and lets you capture flavours at lower temperature with less sugar. We’ll be doing three each day, all complementary flavours. I’d like to start with vanilla, chocolate and licorice, but I think we’ll open with something more seasonal, like winter fruits with pistachio. I can’t wait.

Gimlet at Cavendish House opens for preview menus for $70 per person for lunch and $85 for dinner. Dinner from 6pm Tues-Sat and lunch from noon Fri-Sun, from 1 July 2020 ahead of its official opening in late July. Reservations are available from 22 June on (03) 9277 9777. 33 Russell St, Melbourne, gimlet.melbourne, @gimlet.melbourne.