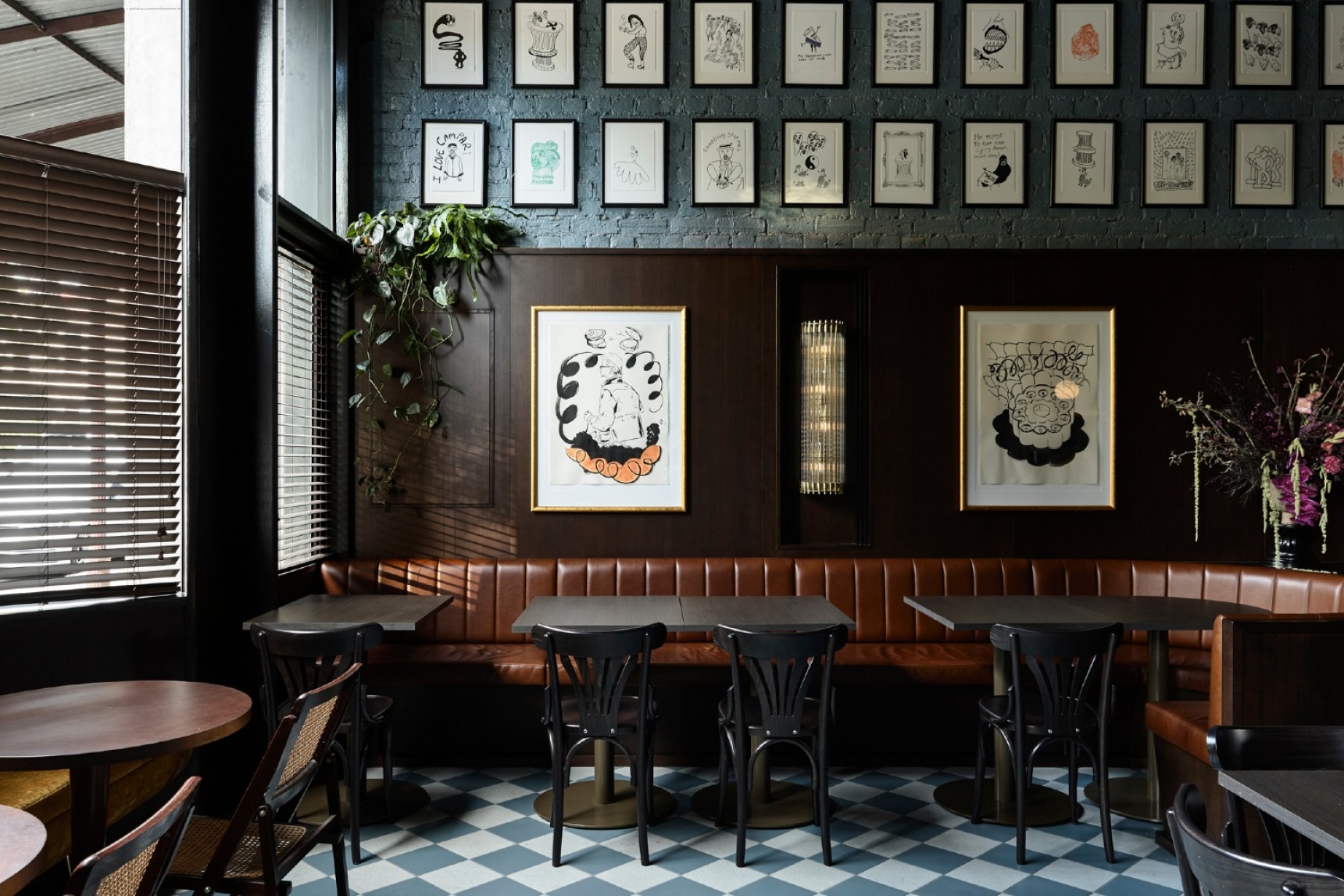 A pandemic is never good news for business but those concerns were especially acute among Victoria’s hospitality industry. And with good reason, as news came of widespread closures in the US and beyond. While we lost several beloved venues (and are likely to see more), there were also plenty of new openings to rally around, with people setting up shop on both sides of the lockdown. Consider these new businesses your checklist of who to support, if you’re in a position to do so. Get out there, Melbourne.

At this Prahran restaurant, Israeli chef Rotem Papo channels the food of his family into big sharing-style menus that are matched by big flavours. Think spatchcock with mint and barberries, char-grilled savoy with labneh and grapefruit and more. Opening between lockdowns, the restaurant nimbly shifted with whatever Covid threw at it, with a takeaway offer and excellent outdoor dining flexes, including a spacious terrace and special events on the rooftop of the Cullen Hotel next door.

The original opening of Poodle was put on hold when the pandemic hit, only to be replaced by the equally exciting takeaway kitchen, Rocco’s Bologna Discoteca. When Poodle was finally revealed in July, it was a slick package of marble and wood with splashes of colour and art, and a likeable retro menu to boot. Along with vol-au-vents filled with crab and taramasalata, there are seafood platters and – gasp! – surf and turf.

News of Andrew McConnell’s first restaurant in five years was in the air for many months before its official opening in early July. The beautiful big-city restaurant may have had an all-too-brief run the first time, but it’s back in full swing now, firing up the ovens for T-bones and roast chicken, shaking cocktails at the large bar, and tempting with a bar menu that’s available late into the night.

Hang on – the Longrain? Hasn’t it been open for 15 years? It has, and it’s about to clock up another year in business, thanks to the great Scott Pickett buying spree of 2020. Original owners Lisa and John Van Haandel couldn’t see a way through Covid for the CBD venue, but after a stint doing takeaway, the dining room is back open, doing the Thai food it does best.

The pivot that became permanent, Morning Market grew out of the Marion x Baker Bleu pop-up that team McConnell opened quick-smart after restaurants were told they had to shut their doors. While Marion has returned to its usual form, a few doors along Morning Market is selling fresh flowers, coffee, tarts and cakes, pantry items, wine and, yes, Baker Bleu bread six days a week.

It was Scott Pickett’s year. His second opening, a European bistro with former Lekker and Quay chef Rob Kabboord at the helm, is located in Normanby Chambers, the space that once housed Iki-Jime and before that Bistro Vue. Many say it’s a gamble to open in the city right now. But perhaps Kabboord’s poulet au cidre, pissaladiere and dry-aged duck burgers could change minds.

Bao by the beach is now a viable prospect, with Sorrento the lucky home of Gingerboy’s regional off-shoot, Gingergirl. Teage Ezard says the menu is supposed to be easy and shareable, with salt-and-pepper ribs, prawn cocktail rolls, Asian-inspired salads and more. The cocktails are no after-thought, either.

The year has brought out an incredible creative hot streak in Sunda chef Khanh Nguyen. The arrival of this summer pop-up, on the site at the Hotel Windsor briefly occupied by Lekker, suggests there’s plenty more where that came from. Get in quick for Nguyen’s takes on prawn toast, a Vietnamese-inflected tiramisù, and a remix of the Malaysian classic nasi lemak featuring burrata.

First, they took Sydney, then Byron, then … the world? Or Tullamarine, at least. But where better for everyone’s favourite surfing chefs to plant the flag in their first Victorian venture than the new URBNSURF? What the wave park may lack in vowels it more than makes up for with food from the Ducks available all day long, much of it cooked over fire. Load up on spanner-crab scramble with papaya and bean-shoot salad for breakfast or salute a great day’s surf with a half-kilo of porterhouse, bone-in, wood-grilled and paired with bagna cauda and horseradish.

An apartment in Brunswick might at first seem an odd place for a restaurant, but once the very personal approach taken at Chae by chef Jung Eun Chae becomes apparent, it all makes sense. She’s the kind of chef who takes pride in making even the most basic elements of her ingredients herself – not just her kimchis, but her soy sauce – and the set-course lunches and dinners she offers, which are mostly composed of Korean food, are booked out well in advance for very good reason. From her kale, sweet potato and seaweed bugak right through to doughnuts made with makgeolli rice (fermented, of course, in house), they’re meals to savour.

When was the last time you encountered a bar or restaurant as focused on value as much as quality? Reservoir newcomer La Pinta has both, offering small tastes of vermouth, sherry and wines alongside small plates from around the tastier parts of the Mediterranean, all at the sort of prices that invite repeat visits. The menu changes frequently, but the Spanish-style tortilla is a worthy constant.

The loss of one of Melbourne’s dining giants was a blow to many who were concerned about the fallout of Covid. Ezard closed the doors in March as the first wave of restrictions were introduced in Melbourne. Sadly, they didn’t open again. But the team struck an optimistic note when they announced the closure after 21 years of trade. “As a company, we’re exploring casual dining and experiential ventures and are excited to bring our Ezard family along for this new chapter.” If the opening of Gingergirl is anything to go by, there’s plenty more to come from Teage Ezard.

Ouch. This was a loss that was deeply felt among Melbourne’s community of hospitality professionals, as well as the city’s diners and wine-lovers. The Fitzroy wine bar modelled itself on those of Europe and provided much more than just food and drink. Gertrude Street Enoteca was, in every sense of the word, a community, a feeling that was beautifully summed up by co-owners James Broadway and Brigitte Hafner when they were forced to close the venue in July after 17 years.

Small, family-run and highly memorable, Saba’s on Brunswick Street has punched well above its weight since opening in 2015. The restaurant won an army of loyal followers (and a profile by the New York Times), who flocked there for spongy injera, boldly spiced dishes and the warm service of Saba Alemayoh, who managed front-of-house while her mother Tekebash Gebre was responsible for the menu. During lockdown Saba’s flipped the switch to takeaway, like many other restaurants, but in September decided to call time on the Fitzroy shopfront, with a declaration that “this isn’t a goodbye”. Watch this space.

The closure of this bastion of Cantonese cooking was a blow to Melbourne’s Chinese community, as well as those who might describe themselves as Sinophiles. For 27 years, Plume loaded up its yum cha trolleys every day of the week, while by night the restaurant traded a fine line in live seafood, roasted pigeon, West Lake duck and even the likes of emu, crocodile and kangaroo. Here’s hoping Plume takes a new form somewhere in Melbourne soon.

The only restaurant to appear in this list twice, Longrain could be described as the Lazarus of Melbourne restaurants. Original owners Lisa and John Van Haandel felt the sting of office workers deserting the city under working from home rules, and were ready to pull down the shutters on the game-changing Thai restaurant in May. Then, Scott Pickett came in with an open cheque book and unwavering belief that the CBD will regain its footing. RIP Longrain, long live Longrain.

Vue Group’s temple to sustainably caught Australian seafood opened at Normanby Chambers in 2018 to great acclaim. The slick room and pricey menu soon became a favourite for long lunchers at the west end of the city, but the change to how we all worked this year knocked Iki-Jime’s business model for six. And so, the space that was home to Bistro Vue and Vue de Monde, is now Chancery Lane, a European-inspired bistro that’s part of the growing Scott Pickett stable.

The Chinatown institution that sated many late-night appetites in Melbourne remained closed as the rest of Melbourne eased into reopening in November. Was it diners’ early retreat from Chinese restaurants at the start of the pandemic that did it? Was it an issue with the landlord? Whatever the cause, the news about Ling Nan saddened many regulars and the city’s hospitality workers, who often relied on its XO pippies, congee, and salt-and-pepper chicken ribs for a meal at the end of a shift.

Chef Rob Kabboord was quickly snapped up by Scott Pickett for Chancery Lane, after his too-short run at Lekker. The restaurant was an opportunity for Kabboord, who was co-owner and chef at Merricote and part of Peter Gilmore’s team at Quay, to wear his Dutch roots on his sleeve. Lekker’s menu featured the likes of bitterballen, a wide selection of beers, and a boozy dessert that riffed on Black Forest cake. But he silver lining to its closure is that Sunda has installed its Summer_EXP pop-up in the space on the ground floor of the Hotel Windsor. Get into it while you can. 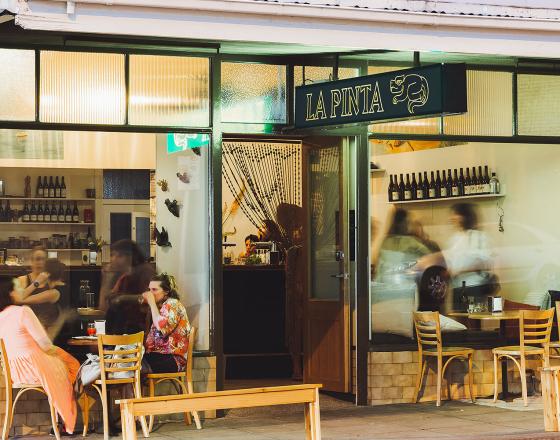 What to order at La Pinta 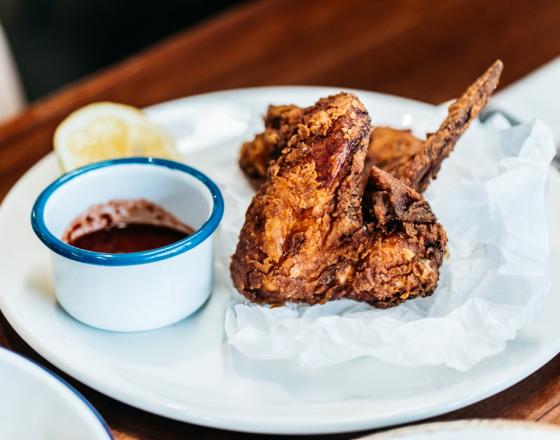 What to order at Three Blue Ducks at URBNSURF 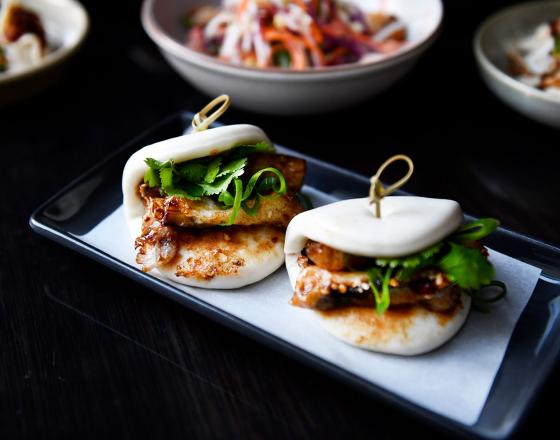 What to order at Gingergirl